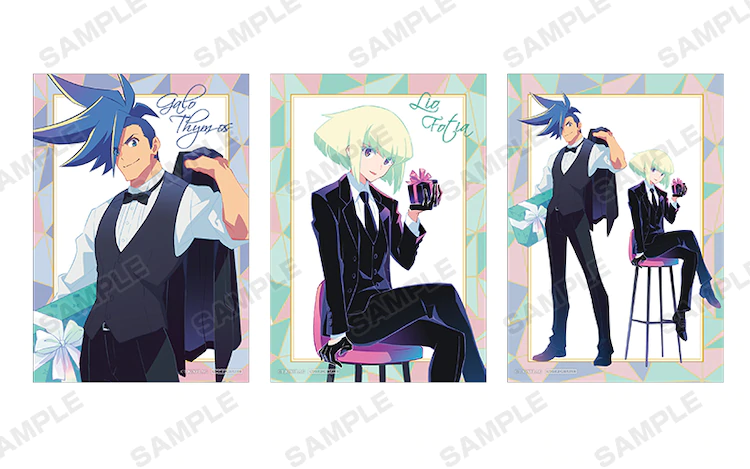 Promare is an upcoming original film by animations heroes Studio Trigger who… Oh, wait. Promare‘s already two years old? It was first announced four years ago? Hiroyuki Imaishi and the Trigger team first got to work on it 8 years ago? In a world where we still don’t have the final Evangelion movie, Promare’s already existed for some considerable time. A spiritual successor to the creative partnership that birthed Gurren Lagann and Kill La Kill, fans round the world cheered as the near-universal verdict on it being that ‘it hit that same dynamite sweet spot’. The love for that film extends even now, with a new Promare Valentine POP UP SHOP hitting the ‘MAGNET By Shibuya 109’ building next month.

In the Amnibus store on the fourth floor of MAGNET by Shibuya 109, right next to Shibuya station, a new Promare pop-up store will propagate on 5 February through the 21st. All sorts of goods featuring mish-mashes of the new fancily dressed Galo and Lio will be for sale right at the heart of Shibuya Crossing; quite a line to tout if you’re Promare. Sure, it’s not the film’s first round of merchandise, and probably won’t be the last, but fans may want to check in.

When this writer first came to Japan, MAGNET with all of its capital letters had yet to exist. Sitting in its same place instead, proudly next to the Hachiko exit, was the Shibuya 109 Mens building. Great, for one with an American sized body like myself. Well before 109 decided to roll through with its Instagram-influenced rebrand though, it nixed the men’s fashion mall and sometime later ‘MAGNET by Shibuya’ bubbled up to the surface. Though one still may mourn the old, it can’t be all bad if we’re getting Promare pop-up shops right in the middle of Shibuya.

The Promare Valentine POP UP SHOP will come to ‘MAGNET By Shibuya 109’ on 5 February.

Promare: 5 Things You Need To Know