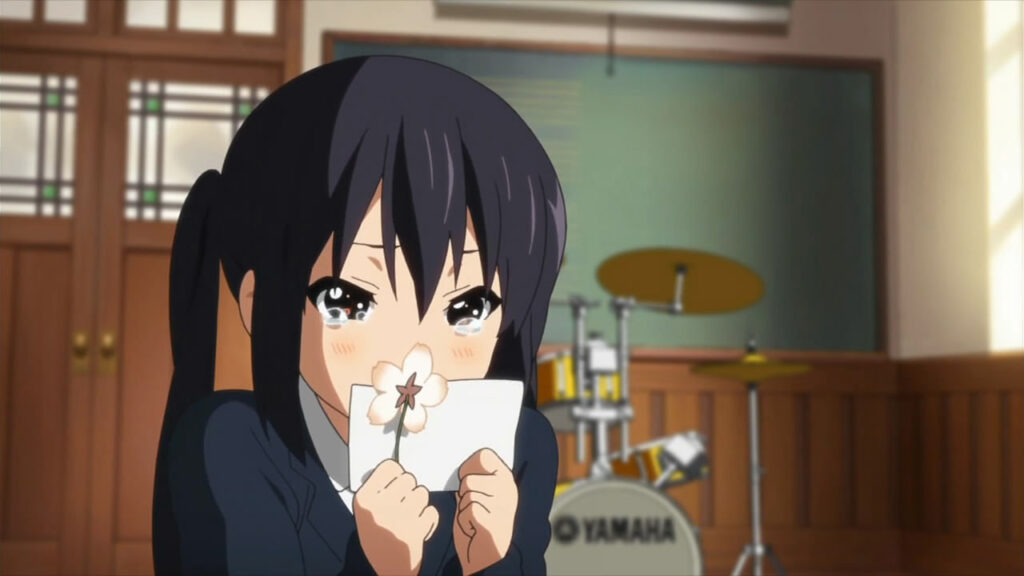 So, you’ve been watching this anime TV series, and it’s really good.

The characters are fun to watch; the stories are interesting; the music is excellent; it’s not just your typical average show.  Then you suddenly realize — the show is coming to an end.

But wait!  There’s still more to the story left to tell.  The manga hasn’t ended.  There are loose ends to tie up. Why couldn’t the story continue?

After all, many anime reboots, remakes and continuations have been made. FLCL, Osomatsu-san, GeGeGe no Kitaro and Cardcaptor Sakura are just a few examples. These things don’t happen overnight — there was a 19 year gap between the end of Sailor Moon and the start of Sailor Moon Crystal; 18 years for Fruits Basket; 30 years between Lupin III parts 3 and 4.

In other words, even after a show ends, there is still hope. Here are several anime shows which ought to have another season, or a reboot:

In 2010, the K-ON! anime series ended when Yui, Mugi, Mio and Ritsu graduated and headed off to college together. But, manga artist Kakifly wasn’t done yet.  He continued the story with a manga for Azu-nyan’s senior year, called K-On! High School.

The manga features new members of the light music club. Azusa has to adjust to being the senpai. The story is just as cute and fun as before, but it’s different enough to be unique.

He also created K-On! College, which follows the older four as young women in college. We meet a rival band, which is a new twist for the series. Of course, Yui wants to be friends with everybody, even the prickly rival guitarist Akira.

In 2018, a third new manga, K-On! Shuffle, began. It covers a whole new light music club — or rather, light music appreciation society. Although Shuffle takes place at a completely different high school, a couple of the new characters attended one of Afterschool Tea Time’s concerts, and the original K-On! girls have a brief cameo.

Any of these stories could easily become part of a third season.

Excel Saga wouldn’t need a continuation so much as it deserves a reboot.

When the manga series was made into an anime in 1999, the anime blatantly ignored a lot of the source material — each episode even came with a disclaimer, allegedly from Rikudo himself, giving the creators of the anime permission to do whatever they wanted with the series.

The series was hilarious; it was weird, strange and funny.  And yet, it was not a faithful adaptation.  Meanwhile, the manga continued for a full decade after the anime ended — coming out slowly at times — with new characters and plots introduced. The manga made it to volume 27 in 2011.

People seem to like NEET-based slapstick comedy such as Osomatsu-san, so there’s probably room for a new Excel Saga.

The Melancholy of Haruhi Suzumiya took viewers on a roller coaster ride.  Season 1 was one of the best shows ever,  then season 2 came and angered fans with a needlessly repetitive Endless Eight.  The Disappearance movie made up for it.

There were also spinoffs such as the silly and weird Haruhi-chan and the unusual romantic comedy The Disappearance of Nagato Yuki-chan.  However, neither one of these spinoffs was based on the original light novels.

As it so happens, there’s a lot more Haruhi material out there which could be animated.  Several Haruhi novels remain untouched.

I would love to see the short story Editor in Chief, Full Speed Ahead!, the first half of the light novel The Indignation of Haruhi Suzumiya, become an anime episode.  It’s a funny story where the members of the SOS Brigade write their own fiction.  The stories range from a fairy tale to science-fiction, and these tales reflect the mindset of the characters.

Seven Wonders Overtime, translated into English as The Reciprocity of Haruhi Suzumiya, would be another good choice. It’s a fun bit of classic SOS Brigade weirdness.

There are many series where the manga lasted longer than the anime.  However, in the case of Dragon Half, it lasted a lot longer.

The manga was 65 chapters, seven volumes long, while the OVA stopped after only two episodes.  To make matters worse, the second episode even ends with the villains proclaiming that they will get their revenge — in a future episode which never happens.

Admittedly, the “medieval fantasy world comedy inspired by RPG video games” genre is a crowded field right now, with KonoSuba and That Time I Got Reincarnated as a Slime being just two prominent examples.

But, “teenage dragon girl has a crush on the dragon-slaying knight sworn to kill her” is not a plot that you see very often.

The cartoony style of the 1993 anime would look very dated if they attempted to restart the series.  But it would be fun to see an updated reboot of Mink’s adventures.

OK, so a second season of Panty & Stocking with Garterbelt will probably never happen.  The anime was made by Hiroyuki Imaishi at Gainax, before he left to co-found Studio Trigger. Gainax is now a shadow of its former self.

The old Gainax also had a reputation for weird, strange and incomprehensible endings. There’s a strong chance that the surprising ending to the first season — where Stocking slices up Panty and reveals herself to be a demon — wasn’t meant to be taken seriously.

Maybe that particular dangling plotline was never meant to be resolved. Or maybe, any resolution would be disappointing compared to the epic story in our imagination.

The closest thing that we do have to a resolution to the story can be found in an unofficial doujin illustrated novel called Cemetery Hills.

But you know that otaku would love to see a second season of Panty & Stocking.

What Makes Panty & Stocking with Garterbelt a Powerhouse Anime?