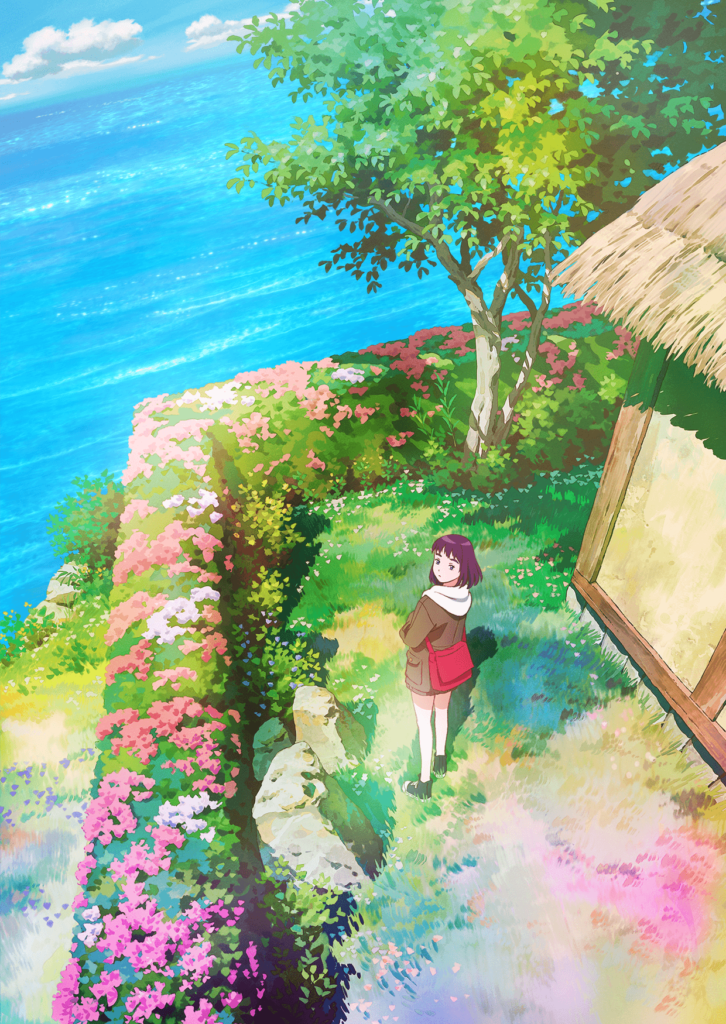 Ten years after a devastating earthquake and powerful tsunamis struck northern Japan, three anime projects in 2021 will commemorate the disaster.

The three projects are not directly related. But they all take place in either Fukushima, Miyagi, or Iwate prefectures in the Tohoku region. They are also all part of Fuji TV’s Zutto Ouen Project 2011+10.

If you were an anime fan in 2011, you probably remember how the community got together to support Japan in the wake of the disaster.

Both worldwide fans and people in the anime industry asked others to “Pray for Japan.” In addition, people held fundraisers at anime conventions and various other events.   (It was similar to the reaction to the Kyoto Animation arson fire.)

These anime projects are obviously made in that same spirit. According to the Zutto Ouen website, the project aims “to promote animation tourism born from this Zutto Ouen Project.”  In other words, they hope that anime will encourage people to visit the locations, and help the economy recover.

One will be an anime film based on Sachiko Kashiwaba’s novel Misaki no Mayoiga (“Mayoiga of the Ridge”).  The novel shares a name with a legend from Japanese folklore, Tono Monogatari Mayoiga.

“Ten years have passed since the Great East Japan Earthquake,” Kashiwaba stated on the website for the movie. “I hope that those affected by the disaster will soon forget about that horror, sadness, and pain.”

She adds, “Tono Monogatari Mayoiga is a story about how Mayoiga makes people who get lost in the mountains happy. Like the original Mayoiga, ‘Misaki no Mayoiga’ should make the people you meet happy.”

The 2015 story is a nostalgic, fantasy tale which won the Noma Children’s Literature Prize.  The anime is set in an old, one-story folk house, high up on the cliffs in coastal Iwate Prefecture.

Note: I used the Twitter version of the video because the YouTube promo video for Misaki no Mayoiga was not made “available in your country.”

In the other anime film, Haruka Fukuhara will star in Hula Fulla Dance.

The film takes place in Fukushima Prefecture.  Fukuhara will play a girl who becomes a hula girl at Spa Resort Hawaiians in Iwaki City.

“After receiving the script and doing a hula, I thought it was a wonderful story that everyone would be energetic, smile, and meet wonderful friends,” Fukuhara states on the film’s website.

Fukuhara’s character, Hiwa, was created as a “tourist support character” for Iwaki City. Before the movie was announced, Hiwa already had her own Twitter account, where she talks about Iwaki… and stuff.

Seiji Mizushima (from the 2003 version of Fullmetal Alchemist) will direct.

The commemorative projects will also include a TV anime series about high school boys rhythmic gymnastics.

Bakuten!! takes place at a high school in Iwanuma City in Miyagi Prefecture.

The series will focus on newcomer Shotaro Futaba (Shinba Tsuchiya), who joins the rhythmic gymnastics club.  It’s a sports anime, so naturally the club will aim to reach one big goal together.