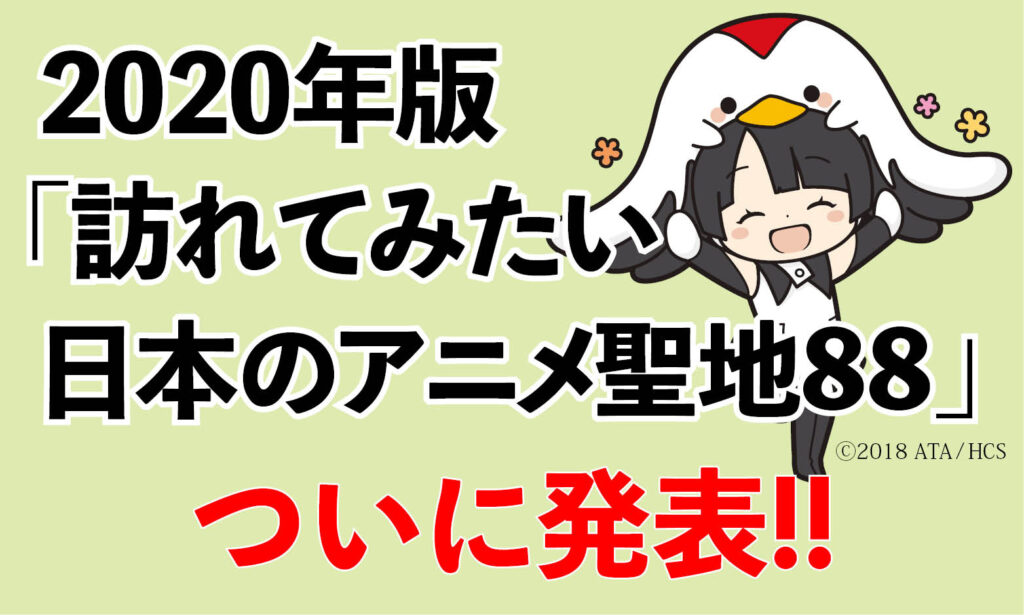 Many anime fans probably have a list of places they would want to visit in Japan (if a certain virus would just go away).

The Anime Tourism Association has created a list to help you choose the right places to go.

On Wednesday, the association released its 2020 edition of Japanese Anime 88-Spots, which consists of “anime sanctuaries” that people would want to visit. On Thursday, Chiba City was individually awarded.

The list is huge. It includes towns and cities from Hokkaido to Okinawa, and everywhere else in between.

Each place was chosen for its role in a specific anime. In some cases, they picked a museum or other location or event dedicated to anime or famous anime creators.

Tokyo’s portion of the list includes (but is not limited to) the Toei Animation Museum in Nerima-ku; the Ome Fujio Akatsuka museum in Ome City; and SanrioPuroland in Tama City.

Listed locations receive a special plate.  They also get a stamp for anime fans to prove that they visited the location.

For example, on Thursday, the association installed a plate and a stamp at Chibaminato Station of the Chiba Urban Monorail in Chiba City. 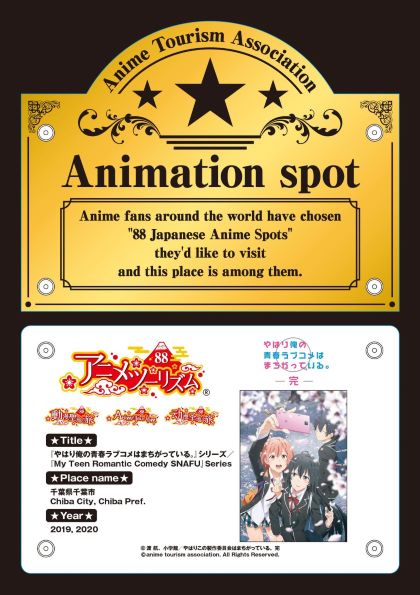 Chiba City made the list because it is the setting for the manga and anime series My Youth Romantic Comedy is Wrong, As I Expected. (Crunchyroll has the series as My Teen Romantic Comedy SNAFU.)

Incidentally, you can also ride a My Teen Romantic Comedy SNAFU monorail train.

Each year, the association has an online Anime Sanctuary vote to pick winners. They also discuss selections with people in the anime industry and in the selected region.

According to the association, COVID-19 forced some changes to how the selection and voting was done this year. There could also be changes for 2021 as well.

What is the Anime Tourism Association?

The organization also offers guided tours of various anime spots, some of which have been featured in OTAQUEST.