AnimeJapan 2017 Report: What to Look out for This Season 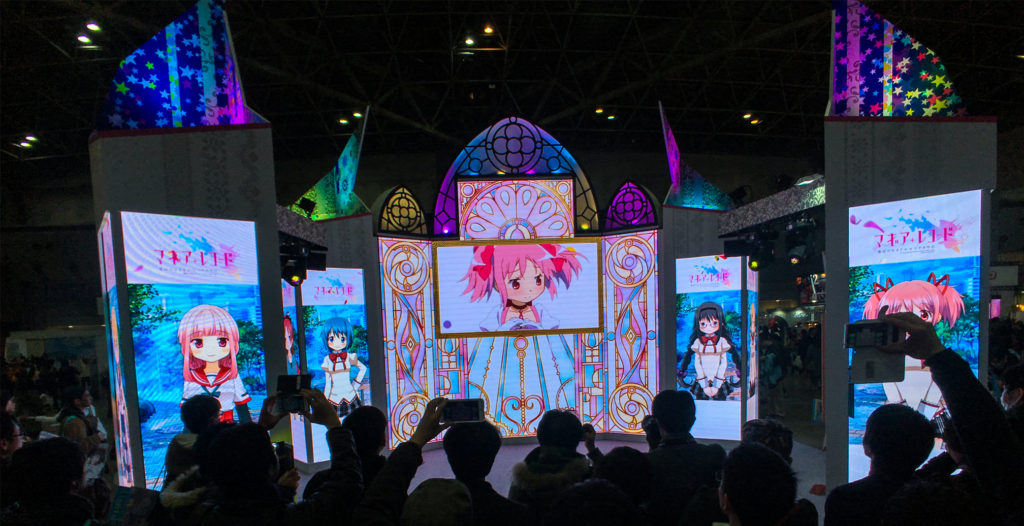 Since 2014, Odaiba’s famous Tokyo Big Sight has been home to some 100,000+ visitors on a yearly basis. For three days a year, the landmark location transforms into Japan’s largest anime convention, the aptly titled AnimeJapan. Originally a merger between the Tokyo International Anime Fair and Anime Contents Expo, the event calls on the likes of several large-scale anime studios and production companies to exhibit their properties and works.

Arriving at the convention center at roughly 9 am, we were greeted by some thousand guests waiting patiently for doors to open. There was a lot of big name representation this year, with the likes of Aniplex, Avex Pictures, Fate/Grand Order, Kadokawa, and an extensive list of others operating booths. Don’t be fooled, however, while there was a lot of established names pushing their latest shows, the representation from smaller studios was in full force as well. What AnimeJapan offers is a unique opportunity for visitors to interact with creators and studios of all sizes, removing any pre-conceived barriers that may have prevented them from conversing before.

Beyond all this, however, AnimeJapan is also the perfect place to discover a plethora of different series that might have slipped under your radar. Whether that be in the realm of anime or games, there’s a world of potential available at this event. With titles such as Fate/Grand Order commanding such a dominant presence at the event, it’d be near impossible to walk away at the end of the day without giving the title a try. Other booths utilizing a more relaxed approach distributed flyers and bags, allowing fans to take home an exclusive piece of merchandise that invites them to dig further into the associated anime.

One particular series that caught our eye was Urahara, the animated adaptation of Crunchyroll-serialized PARK: Harajuku Crisis Team that was announced at the AnimeJapan event. The story follows three Harajuku-based shop girls, Rito, Mari, and Kotoko, as they band together to protect Tokyo’s landmark locations from invading aliens. Based on the real-life PARK Harajuku store which operates out of the 2.5D SPINNS location in Harajuku, the story offers a unique look at the happenings of one of Japan’s most fashionable destinations.

Other stand out titles such as Eromanga Sensei, the latest work from the creator of Oreimo which is set to be televised via Tokyo MX on April 8, maintained consistent levels of excitement from me throughout the day. The steady flow of relevant content and previously unseen announcements justified my hype seemingly. The latest entry into the Madoka Magica franchise, Magica Record proudly displayed what was easily the most visually appealing booth of the day. With speakers blaring, the iconic series opening track ‘Connect’ rung throughout the hall giving a much-needed energy boost towards the end of the day.

With such a large pallet of content available for guests throughout the AnimeJapan event, it was easy to feel a little lost throughout the day. But rest assured, you’re in good hands. There was always staff in almost every corner of the halls eager to help you with anything you may need.

It’s safe to say that this years event was a massive success, and we definitely look forward to coming again next year.

Further information on AnimeJapan can be found via the official website, here.