With the rampant outbreak from COVID-19, most if not all of the events between the months of April 2020 and December 2020 have been canceled or postponed indefinitely. One of those events was the immensely popular Animelo Summer Live event. This year’s event was supposed to be one of the largest in the history of the Animelo Summer series and even when it was canceled, they still had artists which they had not announced yet. The team which handles Animelo Summer stated that they were going to be working internally to figure out a solution and it seems that they have. Hold Animelo Summer 2021 at Saitama Super Arena, August 27-29, 2021.

Now you’re saying, “but that’s not really a solution, they’re just holding another event next year”. Where I don’t disagree with that, I can’t necessarily say I agree either, and the reason I say that is this; they’re allowing anyone with a ticket from 2020, to use that to enter the 2021 event. With the same seat that they had for 2020. For those that can’t make it, they’re offering a full refund between July 13th and August 16th. Now I don’t know about you, but I think that is extremely fair compensation. I haven’t seen any other company offer something even remotely similar to what they are, and I say good on them. They know their fanbase and they want to do right by them. 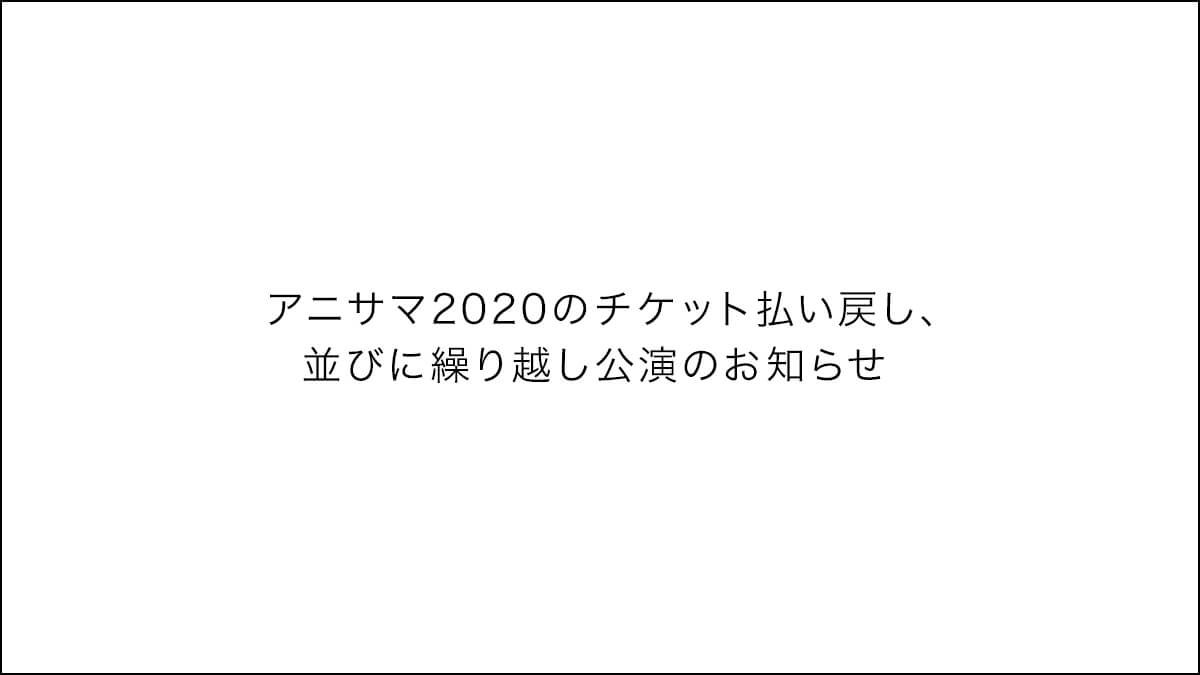 Where they haven’t announced if the event will still play host to the same line up which was intended for the 2020 event, they did, however, keep the same name, as they have named the new event “Animelo Summer Live 2021 – Colors – ”

It will be interesting to see how the line up for Animelo Summer Live 2021 – Colors – shapes up and especially if the team behind the event have any special treats up their sleeves for their fans.