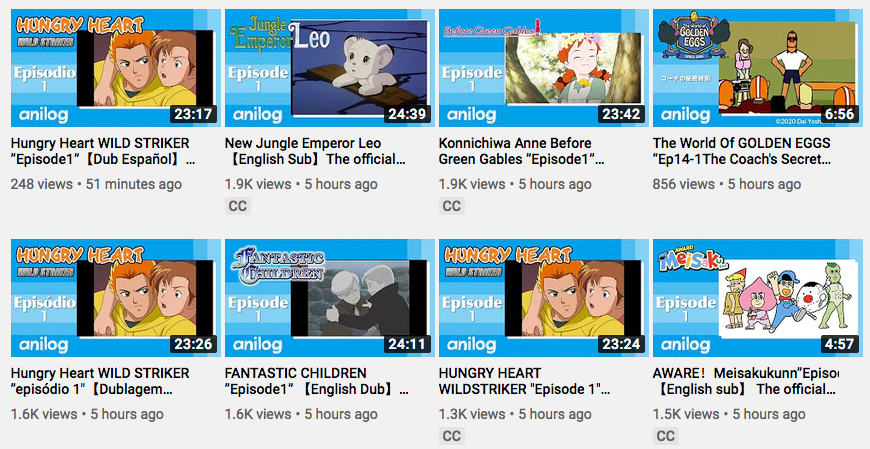 After several months of streaming free and licensed classic anime titles on YouTube in Japan, AnimeLog is back with something for worldwide anime fans.

Back in August, we reported that AnimeLog had permission to stream selected series from Tezuka Productions, and Nippon Animation.

However, those of us in the United States and elsewhere were out of luck.  The shows were only available in Japan.

On Friday (Japan time), AnimeLog announced that they would make several anime series available outside of Japan. The company states that eventually, they will distribute 100 titles.

At the moment, only eight international videos have been posted. The most famous of these is New Jungle Emperor Leo by Tezuka Productions.

However, AnimeLog posted the 1989 version of the story, rather than the 1965 version that most people are probably more familiar with. It’s still an interesting story. But this is probably not the one you were expecting.

In the United States, the 1989 series was titled The New Adventures of Kimba the White Lion.  Takashi Ui and Rintaro directed. Sadly, Osamu Tezuka died on Feb. 9, 1989, before the series broadcast.

Note that Anne Before Green Gables is not a typo.  This is a prequel series, produced in 2009. The art looks a lot like the original, 1979 Anne of Green Gables anime series. But this one features a younger version of Anne.

In fact, the 2009 anime series is based upon a prequel novel, Before Green Gables. 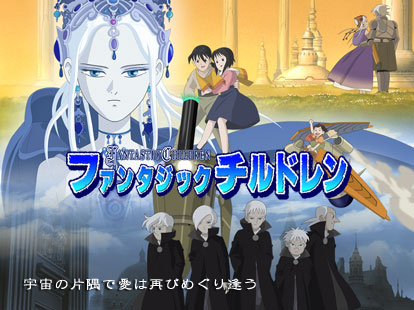 Fantastic Children is not as well-known as either Leo or Anne, but it certainly looks unique. Nippon Animation released this original science-fiction adventure series in 2004. It’s not based on any manga, light novel, or other property.

It tells the tale of a group of white-haired children.  It seems that they never grow old, have supernatural powers, and have been around for more than 500 years. Naturally, there’s a mystery for these children to unravel.  It’s been dubbed into English.

The other anime series posted so far are Hungry Heart: Wild Striker, The World of Golden Eggs, and Aware! Meisaku-kun.

Aware! Meisaku-kun (also known as Ahare! Meisaku-kun) is an oddball little comedy short series.  It features a school for storybook characters.  The main character is named “Meisaku” because his parents want him to be a masterpiece.

Meisaku’s classmates are a living musubi (who seems to be offended at the word onigiri), Sweetie (who idolizes the hero Momotaro), the cardboard robot Nokio (as in Pinocchio), and Bolt the turtle.

Hatsune Miku guest starred and sang in an episode not yet shown on AnimeLog.

Hungry Heart is a 2002 soccer anime series, based on a manga by Yoichi Takahashi. The series has English, Spanish, and Portuguese subtitles.

The World of Golden Eggs is another short comedy series. It looks weird, and kind of funny. But I can’t get past the strange animation, or the fact that every character’s face resembles the Shoop Da Whoop meme.