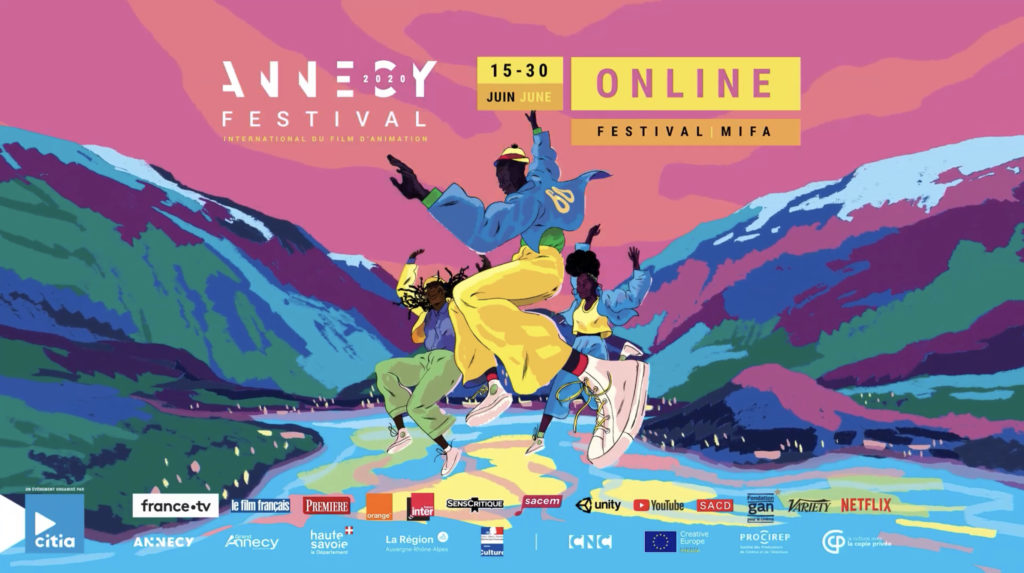 As film festivals around the world are canceled or moved online as a result of COVID-19, the movie industry has been left scrambling to rapidly adjust to this new normal. We recently had multiple festivals come together to offer a curated lineup of work online in the form of the We Are One Global Film Festival, while the Cannes Film Festival unveiled a line-up to be distributed at future festivals in place of this year’s event. Perhaps most interesting is the decision by Annecy Film Festival 2020 to move to a wholly-digital event, as the animation festival has chosen to make its entire lineup available online for a limited time from June 15th until June 30th.

Each film initially selected for the event will be made available online for judges and animation enthusiasts for a limited time as a result of this decision. Although most films will be made available in their entirety to all ticket holders, those that aren’t available in full will be offered with a minimum 10-minute extract or short-form documentary project. There are also numerous masterclass talks from animators and directors in the field, work-in-progress films, short films, and more, meaning there’s something for anyone with a passion for animation.

The Annecy Film Festival is one of the most prestigious animation film festivals in the world, with winners of the event often being propelled towards success at the box office and, on occasion, a run at the awards season.

This year, 10 films from around the world will compete for the top prize at this year’s festival, offering an interesting glimpse at the state of modern animation. This includes films from major European animation countries like France, multiple films from Japan, and even features Jungle Beat, a movie produced in the country of Mauritius with a population of just 1.2million people.

In terms of Japanese animation, two major animated films are in competition for the festival’s grand prize. 7 Days War is an adaptation directed by Yuta Murano that follows a group of young kids who run from home to celebrate Aya’s 17th birthday before she moves away. Here, they run into an illegal immigrant wanted by immigration authorities named Mallet who is searching for their parents. As both family and immigration authorities search after the group, they each work together to fight them off.

The other film is Lupin the Third: The First, the well regarded CG-animated debut feature for the long-running franchise. Both films have a strong chance of winning this year, but face strong competitions from films Calamity, Ginger’s Tale and the intriguing Kill It and Leave This Town.

However, it’s arguably the secondary feature film lineup that’s more interesting here. Here, multiple Japanese films compete against a highlight of films from emerging animation markets such as Saudi Arabia and China, who have made a statement of intent in recent years with the success of movies such as Ne Zha and Monkey King breaking box office records. Another recent animated success, The Legend of Hei, will feature in the secondary lineup for the festival.

In terms of Japanese films, the Japanese and Indonesian film True North follows the story of a young boy sent with the rest of his family to a North Korean prison camp and his father disappears. Here, the boy must find a way to survive and potential escape from these harsh conditions. Alongside this is Ongaku: Our Sound, a property with multiple fans here at Otaquest whose movie adaptation has already received international acclaim following victory at the Ottawa Animation Film Festival in January.

Beyond Features, A First Look at Masaaki Yuasa’s Inu-Oh 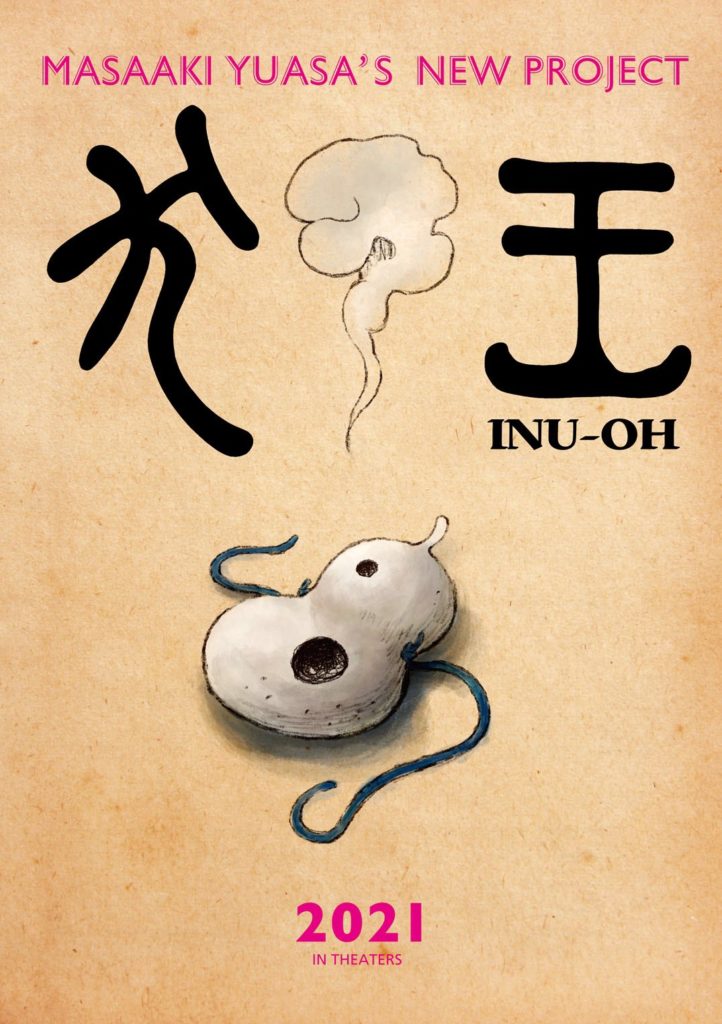 The consistently-strong output of Masaaki Yuasa and Science Saru has been a source for celebration over the last few years. One exciting area of the Annecy Film Festival every year is the previewing of multiple work-in-progress animated films and TV shows, an area that will once again return for the festival’s 2020 iteration. This year, one of the new features being given a work-in-progress screening is Masaaki Yuasa’s latest film, Inu-Oh. Without as much as a preview image for the film before this, the work has been shrouded in mystery ever since it was revealed. This work-in-progress preview should provide animation fans with a first look at this highly-anticipated new film.

Moving away from movies, several masterclasses from animation veterans will also be included as part of a festival ticket. While most people coming to this site will be interested primarily in Japanese animation, I feel such talks are interesting regardless of their origin.

Hearing animation talents such as Disney directorial duo Ron Clements and John Musker discuss their careers, a class from Cartoon Network on storyboarding and more should make for interesting viewing for anyone who cares about the creative process behind animation. Coupled with multiple art tutorial events and more as part of the education-focused MIFA Campus shouldn’t be overlooked in light of the cinematic output on offer. 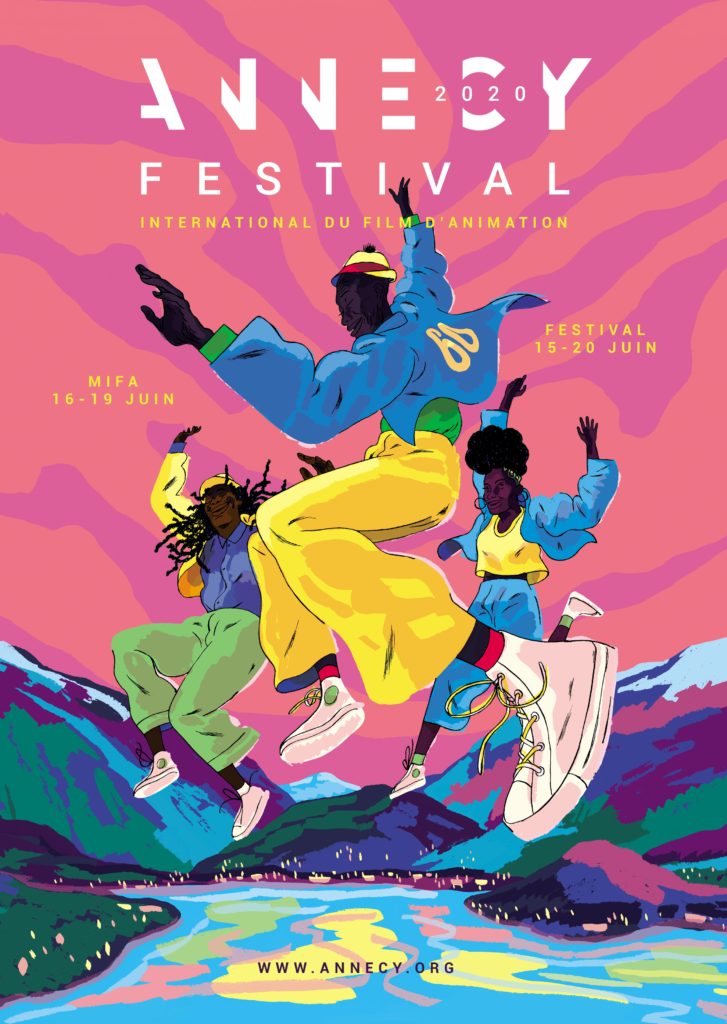 The shift to online for Annecy Film Festival 2020 makes access to the animation industry more democratic than ever. With most animation festivals being held at expensive locations, coupled with travel costs, they remain mostly inaccessible to those without disposable income and looking to break into the industry.

This year, a digital ticket costing €15 allows anyone access to all the content discussed here between June 15th and June 30th. For those working within the industry, a more expensive €110 package grants access to additional industry-focused talks, but for the cost of a movie ticket, a wealth of animated content will be available at your fingertips.

Access to the Annecy Film Festival 2020 can be purchased from the festival’s online portal.