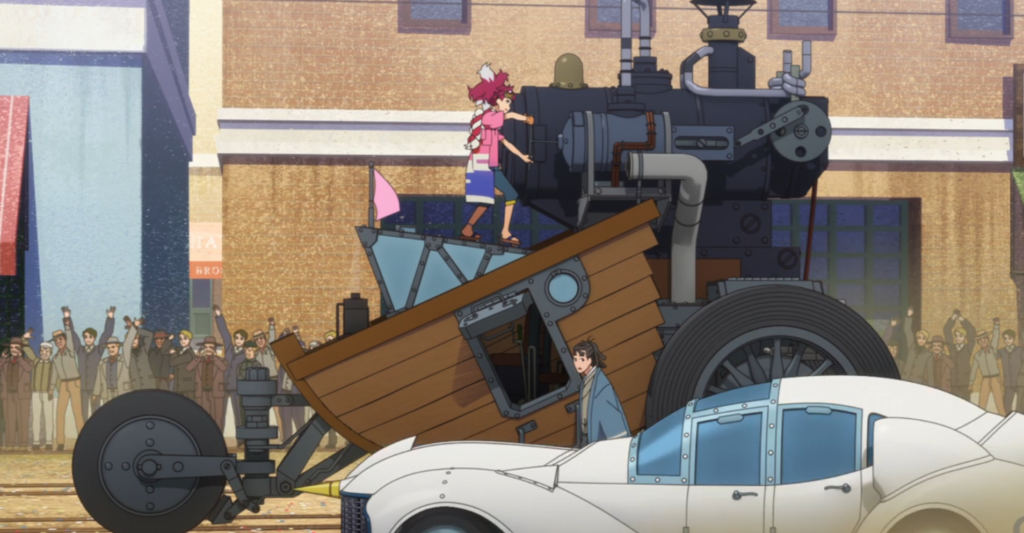 I’d been pretty excited for the premiere of Appare-Ranman since the first trailer dropped about half a year ago. An entirely original anime, meaning a show not based on an existing manga or light novel, centered around a turn of the century ‘Great American Race’ with a cast of colorful and zany characters? I mean really, sign me the hell up. This kind of stuff is what the golden age of cartoons was all about; Pure imagination on parade and running wild. Doesn’t hurt that Appare-Ranman comes courtesy of P.A. Works, a studio that’s can boast a number of cult hit original anime to their name like the eternal tearjerker Angel Beats, the low key sublime Hanasaku Iroha, or the anime about making anime Shirobako. With studio having a pedigree like that combined with a classic concept that’s always made more for good fun, I had been eagerly awaiting the release of Appare-Ranman episode 1.

The first episode of Appare-Ranman starts the series off with a big bang, or at least that’s what I’d like to say but that’s only true in a very technical sense. See Appare-Ranman episode 1 does start at the beginning of the race, briefly introducing multitudes of wacky racers, but after just a couple minutes of exciting steam car on dirt road action the series pivots back to well before the races began. For a second I thought this anime really was just going to let us get right to racing without worrying us with all the preamble. I signed up to watch dudes with delightfully flamboyant get-ups that harken back to a more adventurous time in character design stomp the peddle to the floor. Instead we get teased the race of our lifetimes but get catapulted back to an unspecified time earlier in Japan so we can meet Appare. 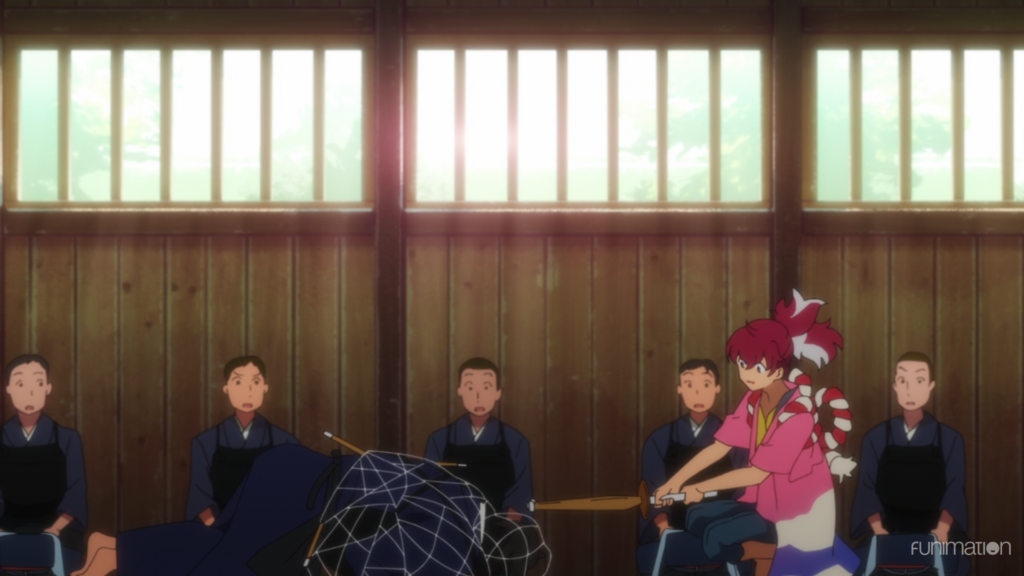 I guess I’ll stop whining about how I thought it’d be cooler if Appare-Ranman just committed to the race from the get-go. Better to judge a show on its own terms rather than you what wanted it to be.  It’s perfectly reasonable for a series to properly introduce its main characters even if it delays the main attraction.  Appare’s a bright young lad of 19 who’s quite curious about science and contraptions, although he doesn’t tend to take much else seriously.  His racing partner Kosame, who you can only partially see above on account of being caught in a net Appare shot out of kendo sword (points for the 70s style classic visual gag!), teaches Kendo at a local dojo and comparatively is more self-serious. He needs Appare’s help for something or other and soon after the two get stranded at sea. The episode ends with two getting rescued by a bigger ship and I have to wonder if we’re still episodes away from the big race. 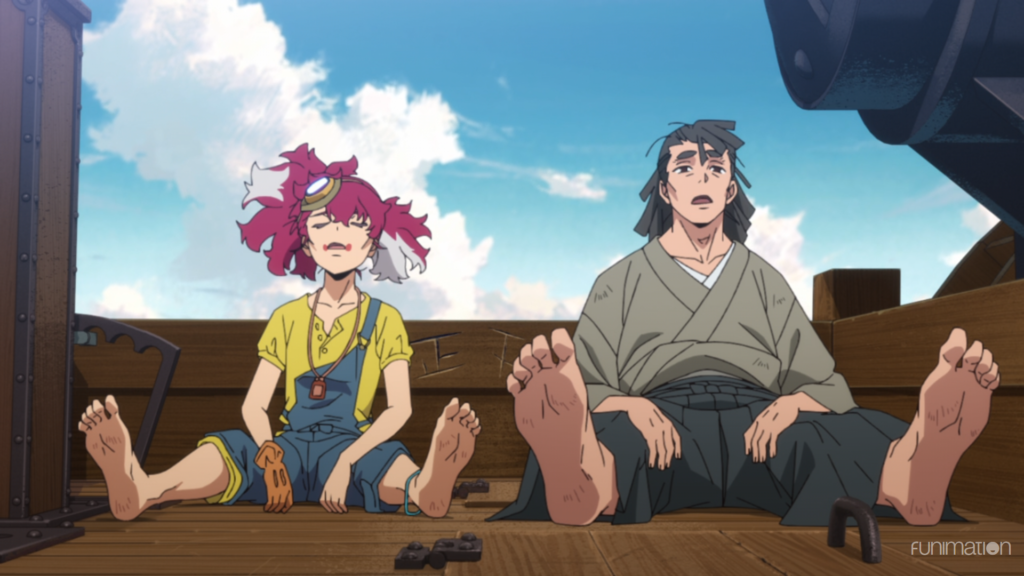 By all accounts what Appare-Ranman episode 1 does offer is pretty good. The banter between the studious twerp and the exasperated sensei is good for a few chuckles and the atypical character designs keep this anime looking fresh. Maybe it was a mistake from the show to even give the audience a glimpse of the race. as opposed to letting us eventually come to it, because that’s all I wanted to see more of. A promising first episode in that the ingredients are here for something very cool to follow but, putting the literal first three minutes aside, P.A. Works is starting this one-off slow. I’m excited for this show to grow into what it’s destined to become;  A 2020 anime iteration of the classic Wacky Racers cartoon.

You can watch Appare-Ranman episode 1 on Funimation’s streaming platforms.