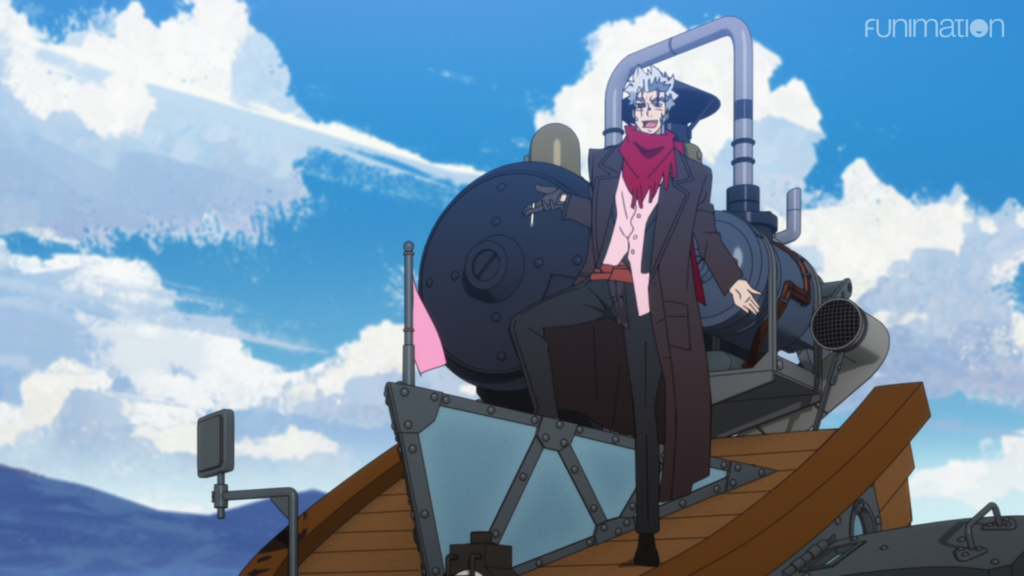 Appare-Ranman Episode 10 poises the audience with an interesting question within its first few minutes. Taking place just past the turn of the century, the 20th that is of course, the show finds itself in a time where the established railway industry and the budding automobile industry are bumping heads. It doesn’t play a huge active part in the show, but it’s one of the motivations as to why we have this ‘Great American Race’ anyway. In America certainly and in much of the world, though not as thoroughly in Japan of all places, the automobile beat out the train as the dominant form of transportation.  While many real-world consequences have manifested through mass automobile use, we at least don’t have to deal with bandits carrying out large scale train hijacking in our day to day lives. 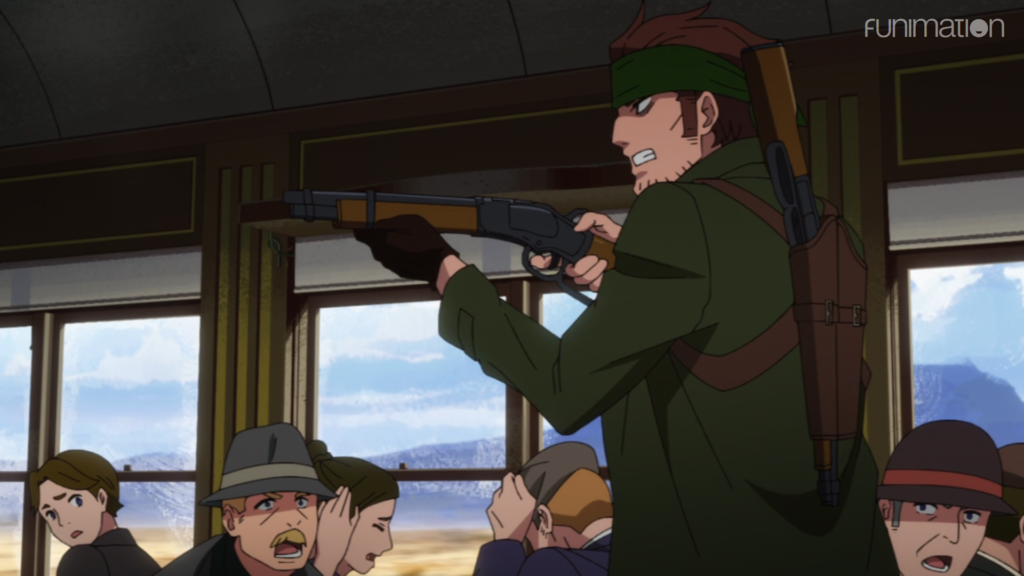 ‘Wot in tarnation’ you might say as you witness a full-scale train-jacking courtesy of the notorious bandit group led by Gil T. Cigar. If you’ve been paying attention to the show, you’ll remember that Gil is the last surviving member of the Thousand Seven and that his group of outlaws is particularly vicious and amoral. He already had one imitator over the course of the show using his name to cause a rucus! Now the real ones finally revealed himself and with quite the fancy entrance. If you’ve been wondering who the real Gil T. Cigar has been this whole time, your best guess would have probably been the guy they’ve been showing flashing evil grins at the camera when no one’s been looking this whole time. 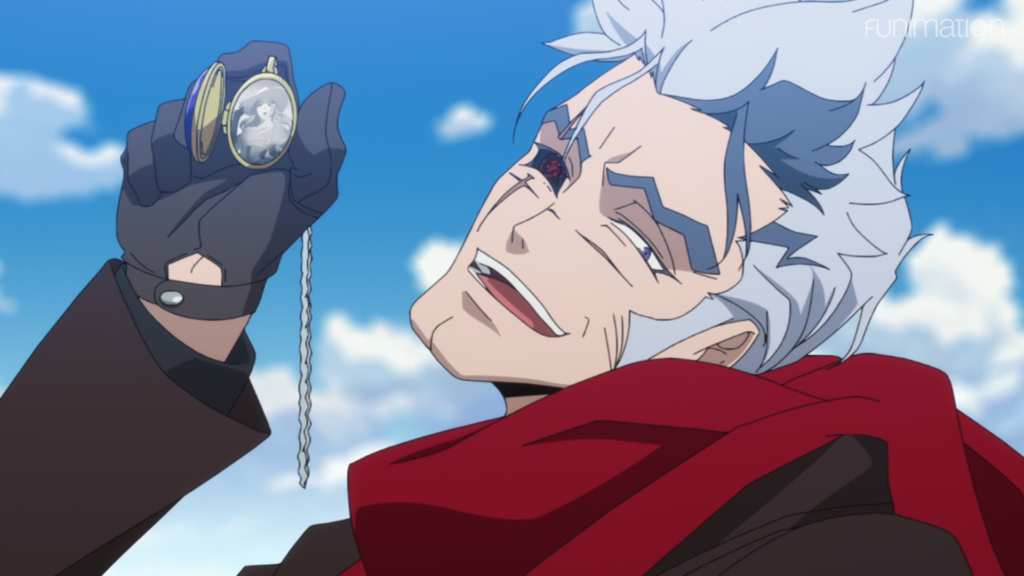 Maybe this is an absolutely ancient reference to make, but Gil T. Cigar pulls off an absolute Aizen here. Like the legendary Bleach villain, the formerly named Richard Riesman reveals to the main cast of the show that he’s the bad guy by flipping his hair up! Yes, by combing his bangs down and wearing a goofy smile, absolutely nobody at any point could tell kind of Richard who helped out Appare and Kosame more than once was actually a big bad murderer guy! Yes, the audience pretty much knew at this point but was hoping that Appare-Ranman Episode 10 throw us some kind of red-herring too much? Guess these anime cliches are cliches for a reason. 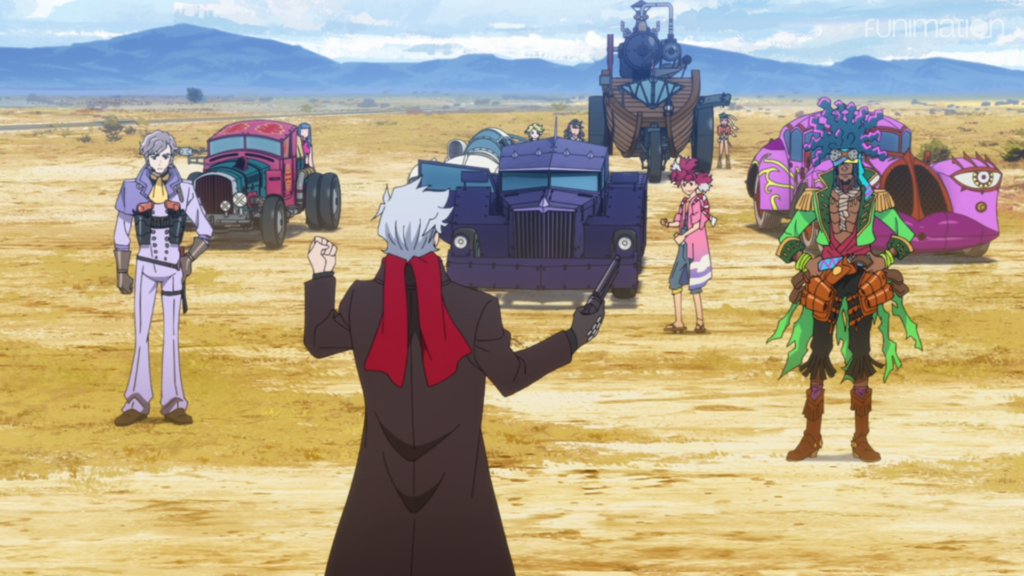 So after taking down the local train, Gil T. Cigar kicks all of the racer’s asses. Not a single one of these guys with their huge cars, flamboyant outfits, and sheer numbers could get the upper hand on this guy! This whole sequence would have been one thing if it sported any good animation along the way but with a bunch of awkward and stiff movement, it couldn’t even accomplish that. Maybe Kosame would’ve stood a chance but Gil shot him down early, which was followed by some dull words by a dying Kosame about how Appare is smart and will win the race. You’d be foolish to think that Kosame will end up dead by the end of this show

You can watch Appare-Ranman Episode 10 on Funimation now.