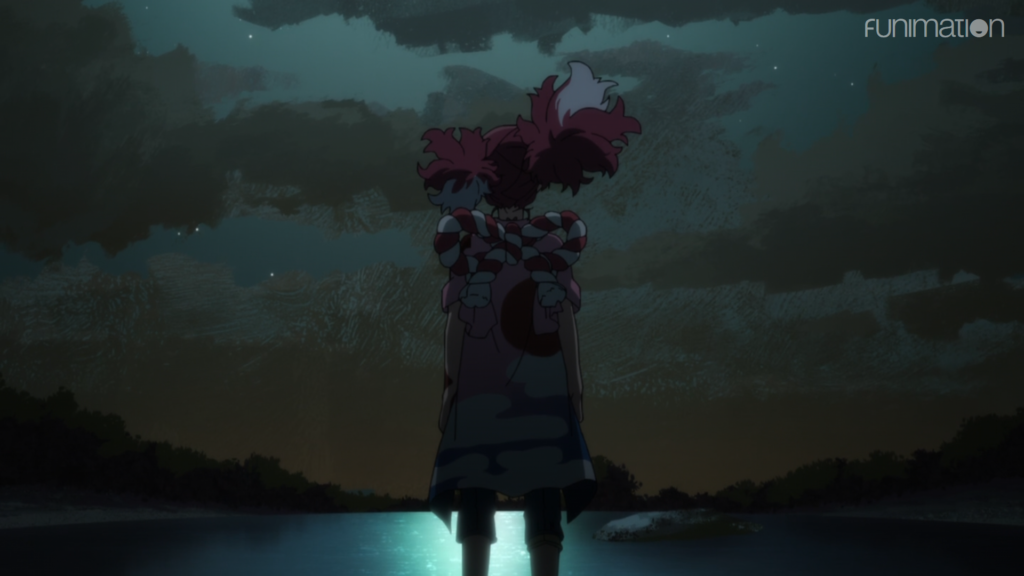 Picking up right where the last episode ended off, with resident Uncle figure Sosame bleeding out on the ground, Appare-Ranman Episode 11 is an appropriately serious episode. Granted the events leading up to Kosame’s life-threatening injury felt rushed and rather impactless when watching it, at least the immediate ramifications come off with a little more weight. The majority of the episode sees the group of eccentrically dressed racers, who’ve all become fast buds in the face of the evil Gil T. Cigar, straight up in their feelings. As Kosame’s life hangs in the brink and Sonia stilled spirited away by Gil and his group of murderous bandit henchmen,  we’re treated to everyone trading salient moments of support and emotional outbreak as they all wait for Kosame to either wake up or flatline. 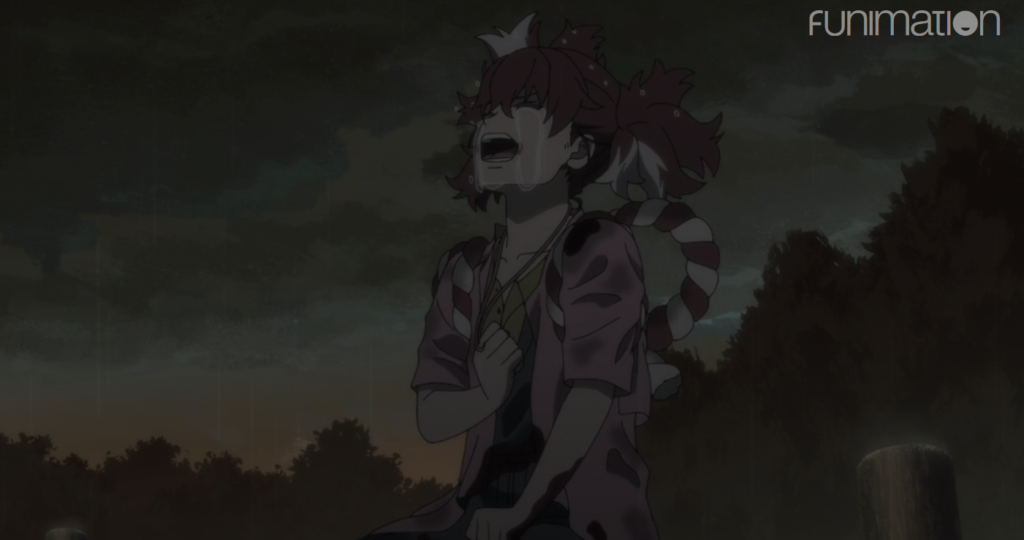 Appare takes Kosame’s present situation the hardest, which on paper makes sense with the two having been together at the very part. Never having shown much of his feeling, our titular protagonist wails into the night with worry. Who could blame him? If our surrogate Dad samurai slash extremely skilled body-guard was breathing his last, we’d be upset too. There is one problem here though; Unfortunately, it’s a little had to buy the extreme reaction Appare-Ranman Episode 11 depicts. It’s not that characters who rarely express their emotions, and ones in particular who could be said to be coded as being on the spectrum, can’t breakdown like the rest of us. What gets us here is that in our opinion at least, Appare’s emotional relationship with Kosame hasn’t been as effectively portrayed as this anime would like to think it has been. 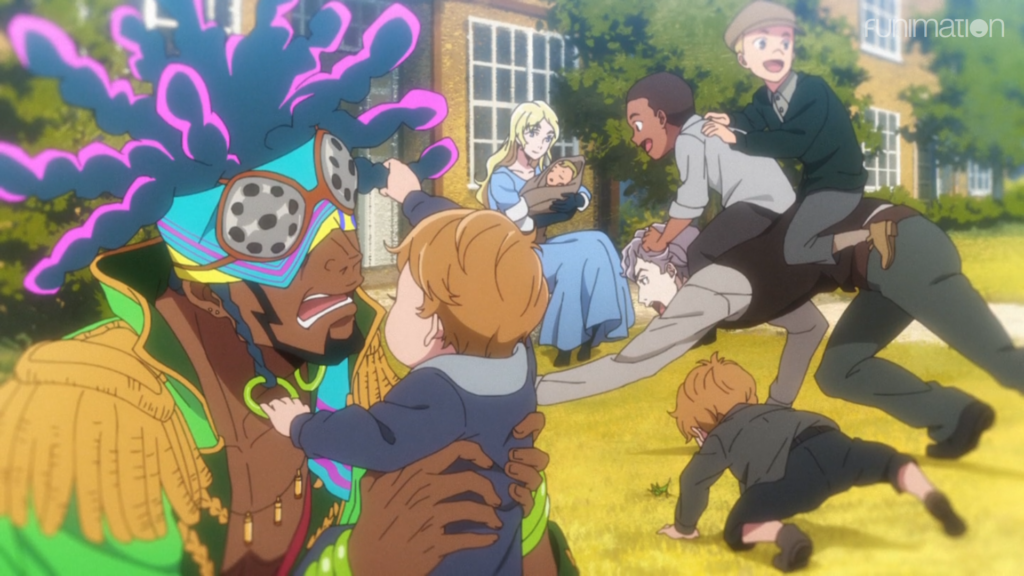 Probably the best scene in Appare-Ranman Episode 11 comes from a trade-off between outlaw veterans TJ and Dylan. Less concerned with Kosame than rambunctious youngins’, We get a glimpse into their shared past with a woman called Cynthia; She died before the show began and we can presume they both loved her. There’s some cliched ‘maybe she should have chosen you instead’ type stuff going on here, but it is delivered with conviction and grants us a look into these two characters who’ve been pretty ambiguous up until now. It’s entirely possible a prequel revolving around their time as do-gooder outlaws would’ve made for a better show than what we’ve got. 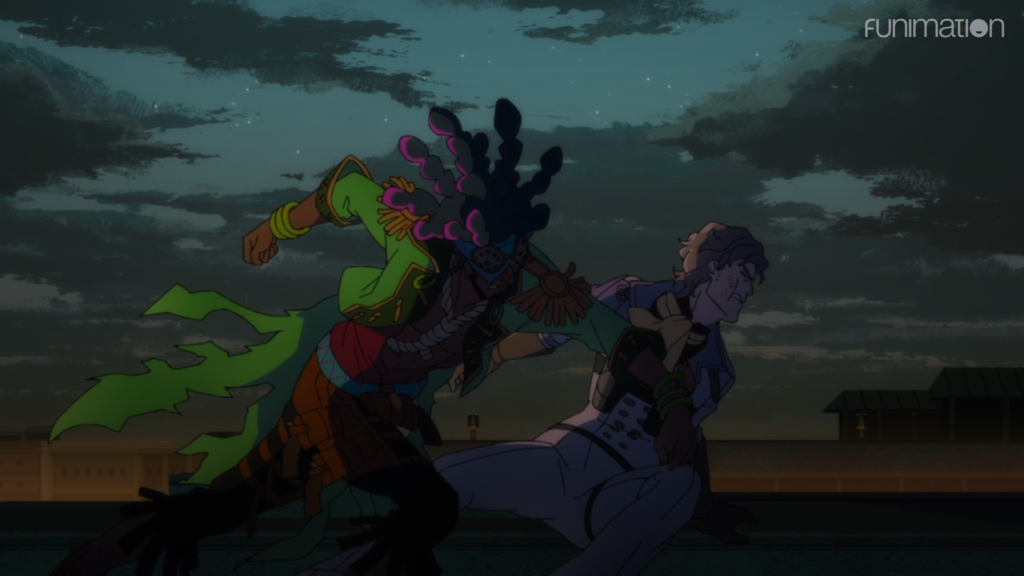 My complaints with Appare’s emotional appeal the set up with Kosame aside, it’s again worth iterating than on a fundamental level these scenes do convey what they want to. For instance, Young Hototo is also taking the situation with difficulty and seeing the rugged bandit brothers showing him care does have the sentimentality you’d want it to. With his partner kidnapped, Al Lyon doesn’t have the time to rue in sadness but you feel his desperation seeing him try to figure out a battle plan while everyone’s under duress. I wish more of the show up until this point had been able to operate on this level of feeling as it would’ve made it a more fulfilling watch than it’s ultimately been so far. 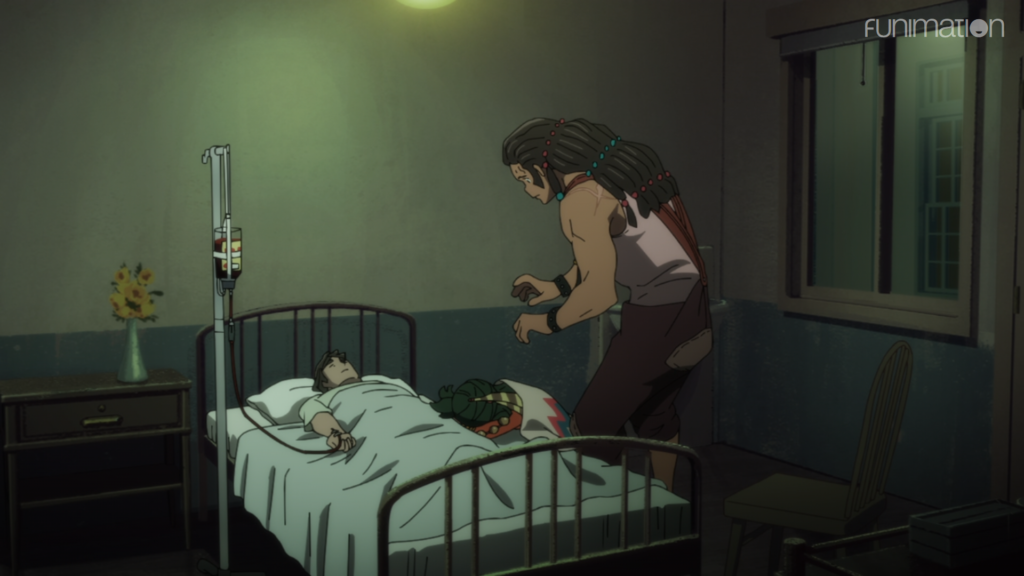 You can watch Appare-Ranman Episode 11 on Funimation Now.