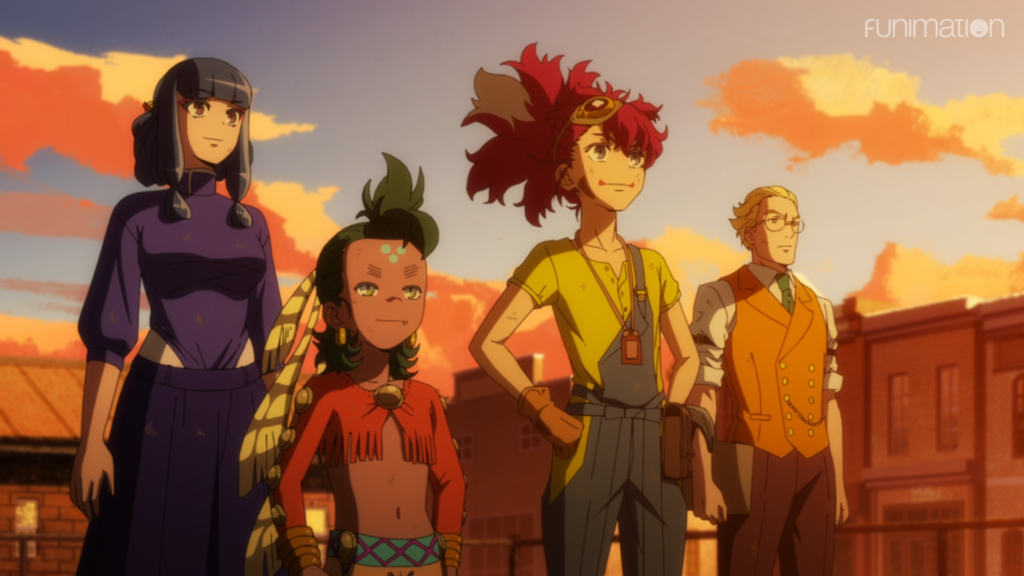 I don’t know why I keep trying to fit in driving-related puns and references in these review titles. By Appare-Ranman Episode 12 the show’s long made clear that it was never going to be about racing. The potential turn of the century wacky races period peace it could have been was only to ever be in a figment of my imagination. I’ve kept telling myself I’ve made my peace with this and in fact, thought last week’s episode was probably the best of the series so far. Unfortunately the beloved P.A. Works, who’ve crafted wonderful shows before like Angel Beats and Hanasaku Iroha, weren’t able to keep up the pace. We’re back to the status quo of just ‘eh’ and with only one episode left, that’s not a great place for an anime to be. 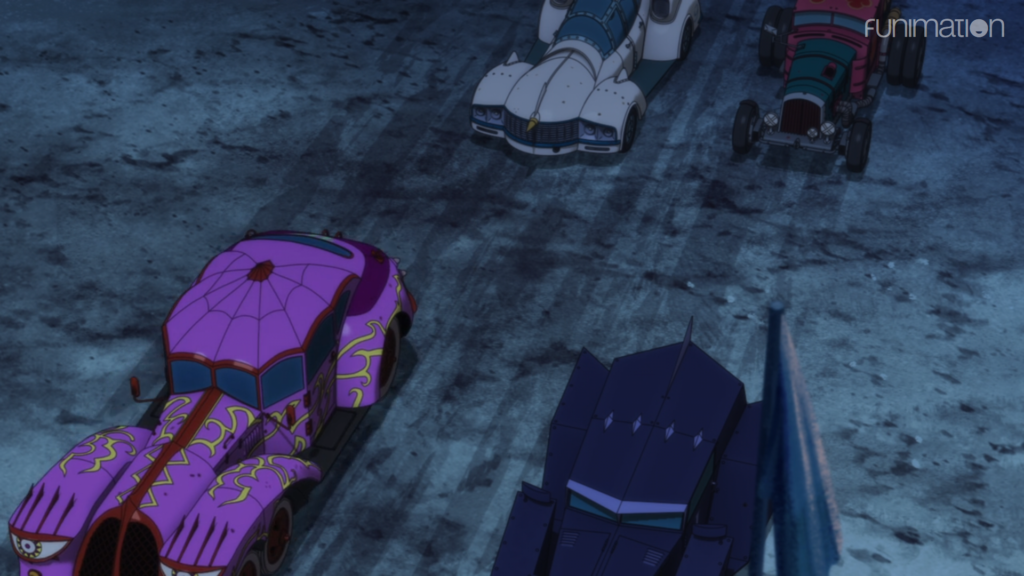 Oh don’t get us wrong; Appare-Ranman Episode 12 does deliver about 30 seconds of point A to point B driving after giving us some shots of each racer tuning up there car to, yknow, remind us that Appare, Al Lyon, TJ, and the rest are in fact racers. The big bad Gil T. Cigar has put a big stop to the race by derailing a train, kidnapping Al Lyon’s girlfriend and by murking a bunch of people along the way. After a very predictable twist in which he reveals himself, at least Gil has been acting properly villainous as the show awkwardly sprints towards the finish line. You’d think something like ‘drive towards’ or ‘hits the final lap’ would be better allegory, but with so little racing in this damn show it’s just not worth it. 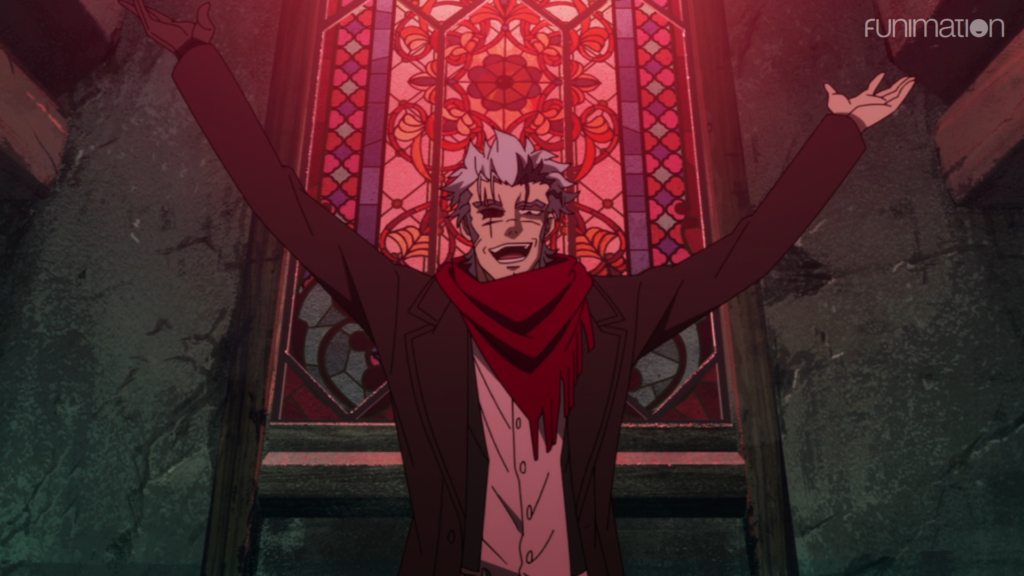 For all my complaining, nothing in Appare-Ranman Episode 12 is particularly bad. I’m more just lamenting the lost potential of the series and having nothing else interested in its stead. With a bare minimum of competence, the show’s been chugging towards its unwanted predictable path with the occasional good nugget thrown in to whet the tongue just enough to get the viewer to the next episode. This time I’ll give Appare-Ranman some credit for some of the all to short, but admittedly sweet, fight sequence animation towards the end of the episode. Of course the anime in question isn’t really an action show, but if it’s not going to give us car chases or anything interesting beyond its visual flare I’ll take whatever I can get. 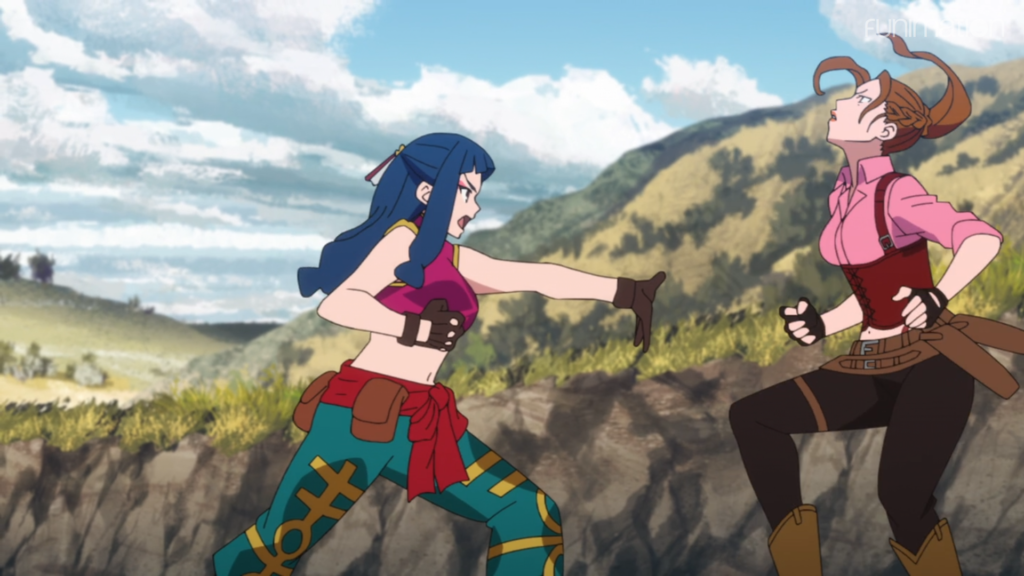 Appare-Ranman Episode 12 also allows, up until now, side character Seth Rich Carter to get in on the action. By that we mean he gets his butt whooped but Gil T. Cigar’s henchmen but it’s nice for the show to throw the aspiring banker some development before it finishes up forever. Unfortunately despite P.A. Works’ best intentions, unless the final episode is some kind of miracle, we don’t think this show will be all too remembered by many when the year end lists come out. Despite it being totally ok, I’m sure I’ll watch episode 13, pen my final review, and forget I had ever watched the series or written about it in the first place. Hope I’m wrong! 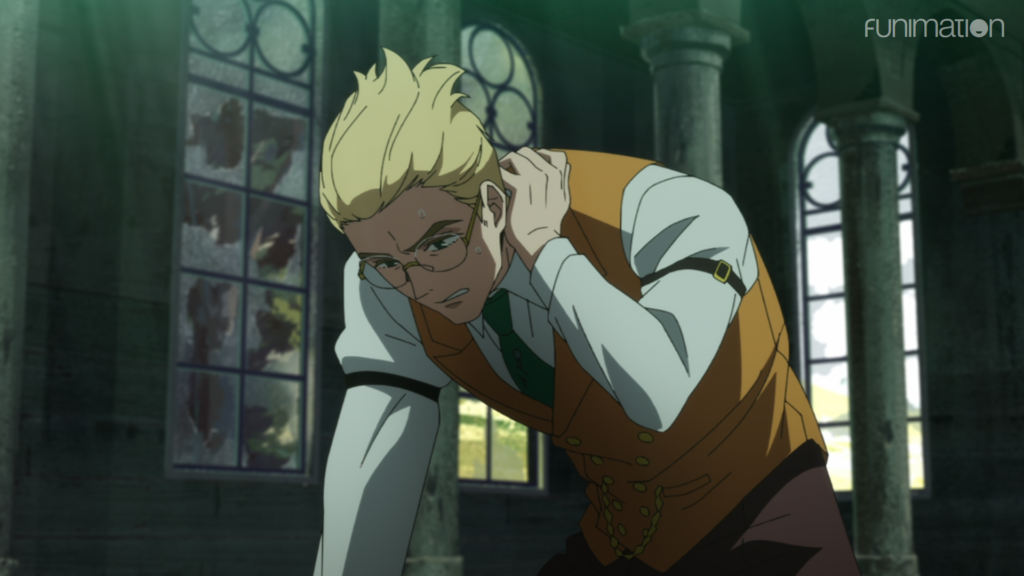 You can watch Appare-Ranman Episode 12 on Funimation now.