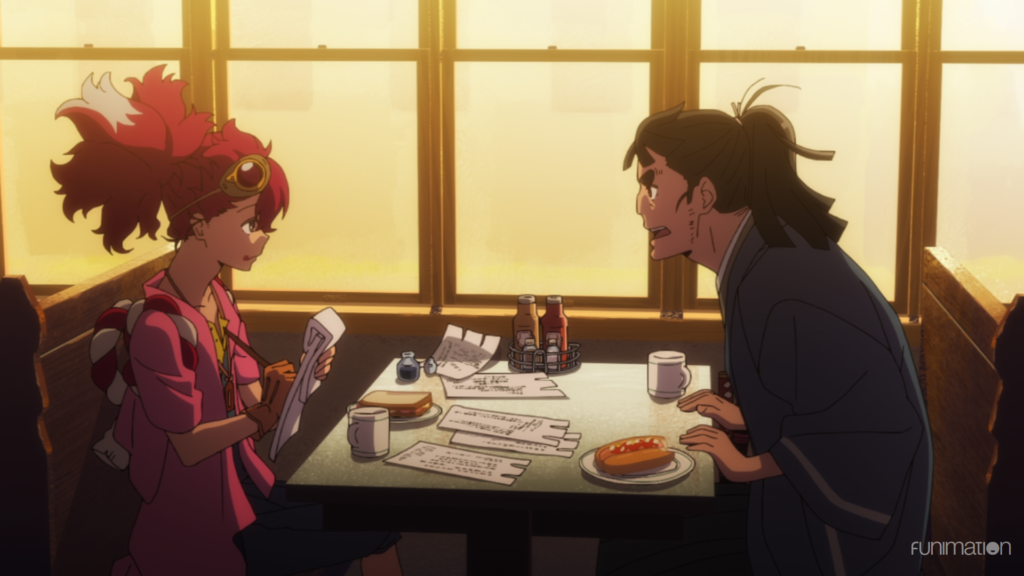 Appare-Ranman had been on my radar since its first trailer dropped around half a year ago. Kind of a Wacky Racers in a Baccano dressing with characters coming from all over the globe. Cool character designs and a premise that could be entertaining enough, I was pretty excited going into the first episode last week. The resulting episode wasn’t entirely disappointing but aside from an opening tease, the show didn’t get into the racing yet which let me down a bit. By the end of Appare-Ranman Episode 2, we’re still stuck in the pre-period before the great Trans American Race actually begins. There’s a key difference this time around; the show allows itself to have a little more fun, with characters to loosening up and getting into cartoon shenanigans. 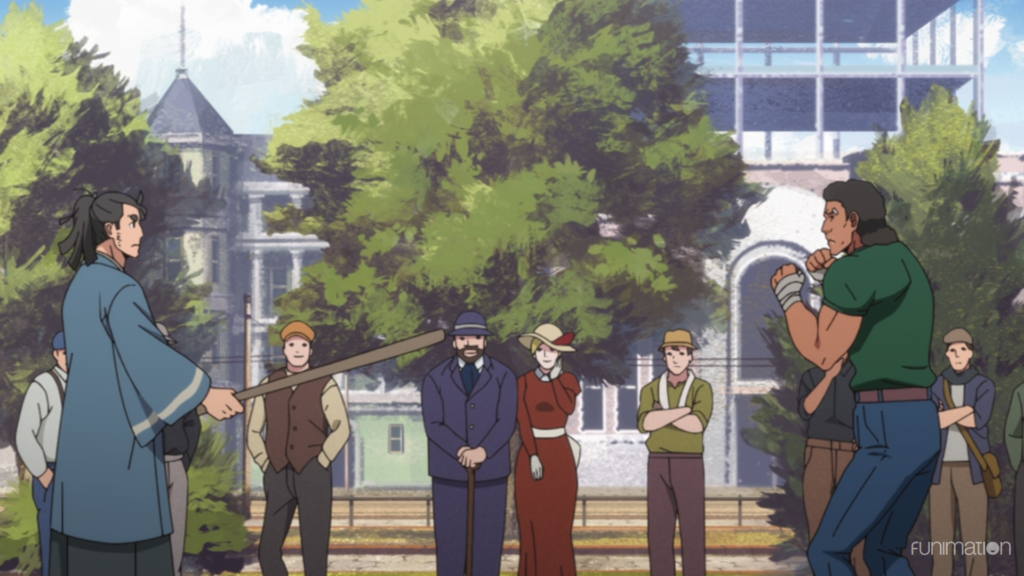 In Appare-Ranman Episode 2 there are a handful of goofy setups that I find pretty endearing, like our to protagonists casually eating together at a diner. Something about seeing a fully dressed Samurai eating a hot dog that hits right. Another great one features said Samurai who’s named Kosame who, after somehow ending up in California, wants nothing more to end up on a ship back home to Japan. To earn some pocket change for him and the red-haired turn of the century ‘tech genius’ Appare, he gives people the chance to fight him in the street for a small fee with a pretty good catch; He won’t attack, he’ll only dodge. Seeing him hustle a few American yahoos who all think they can lay one out on this Kendo master will put a smile on your face. Plus, the final confrontation between him and a former pro-boxer makes for a pretty cute short sequence with the two different fighting styles going head to head. 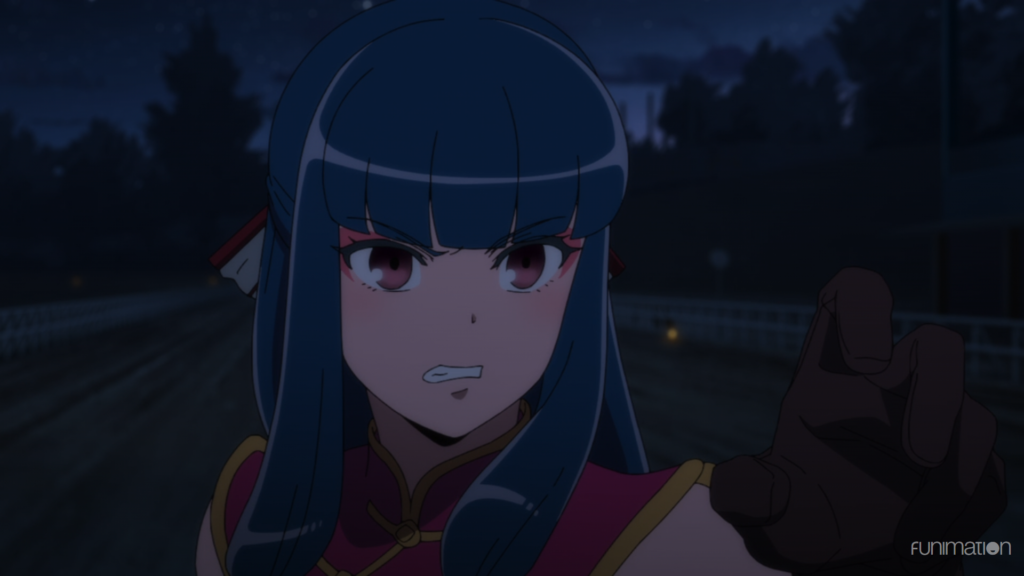 The second half of Appare-Ranman Episode 2 struck me as a little milder. It introduces a new character who, one would assume, will become an important player as the show goes on called Xialin Jing. She works at the local practice racing track and harbors a secret desire to be a professional racer herself, and harbors the talent too. However, it’s the early 20th century and in these times women can’t be racers which keeps her perpetually down. Now, I have to be careful about how I phrase this to not be too insensitive; If the show wanted to seriously portray a woman’s struggle with inequality that would potentially be a welcome thing, but the way Appare-Ranman glosses over her backstory feels more like a cheap attempt to shoehorn some narrative in there than something compelling. She’s cool, I’m sure she’s going to kick racing ass along the way but unless the show takes her dilemma more seriously it’ll probably fall flat along the way. 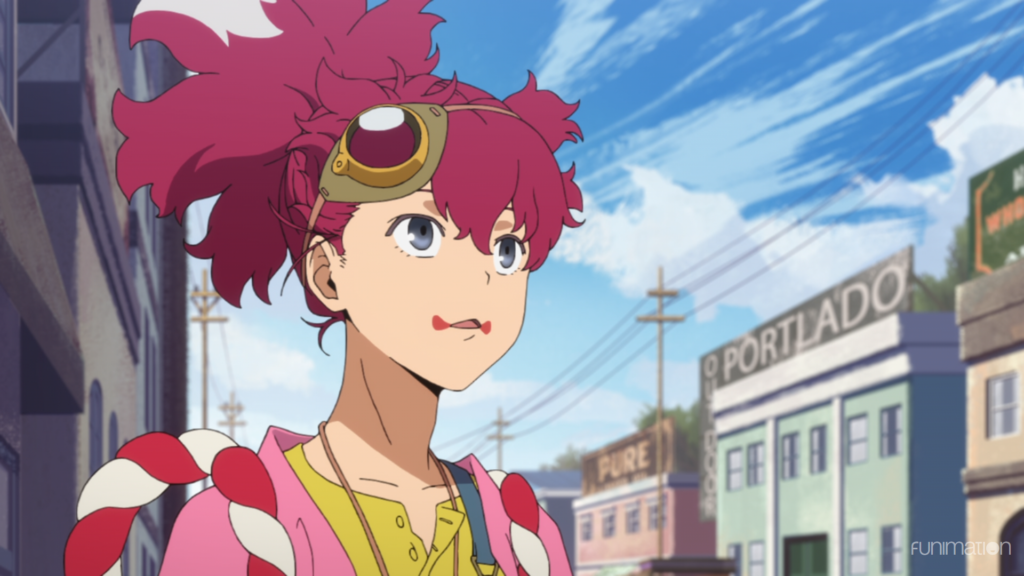 Despite my one nitpicky complaint I like Appae-Ranman Episode 2 quite a bit. Even though we haven’t started our big cross American car adventure yet, enough of the show’s personality shined through this time enough. I’d call it a solid notch above episode one, and with P.A. Work’s track record I think it’s okay to be moderately optimistic about it getting better as the race itself approaches. Here’s hoping Xialin Jing gets some characterization that hits the mark a little more along the way.