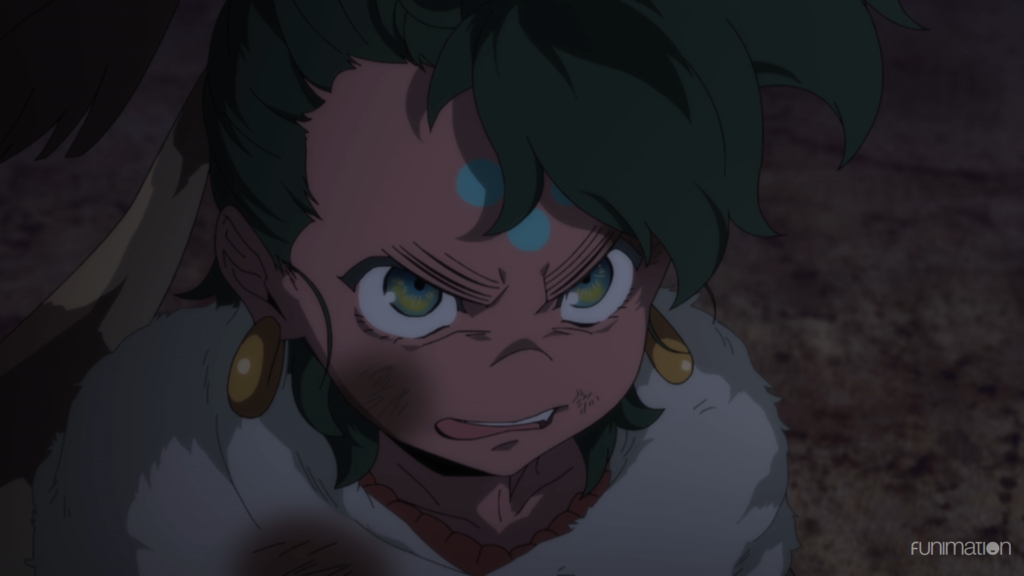 Appare-Ranman Episode 3 is the last to air for the next few weeks as the series has been hit with the same COVID-19 delays so many anticipated works across all mediums have been. Thankfully the show’s hanging on a high note before entering what’s a hopefully brief but long enough for the animators to remain safe hiatus. Each episode of the show has been more charismatic than last and increasingly willing to show off its personality. We’ve yet to hit the full Wacky Racers / Redline territory yet but this episode has a lot offer regardless, satisfyingly fun but with some substance to chew on too. Frankly, the show is incorporating some weighty elements that I wasn’t expecting it to but if they call pull these off this series would be all the stronger in the long run. 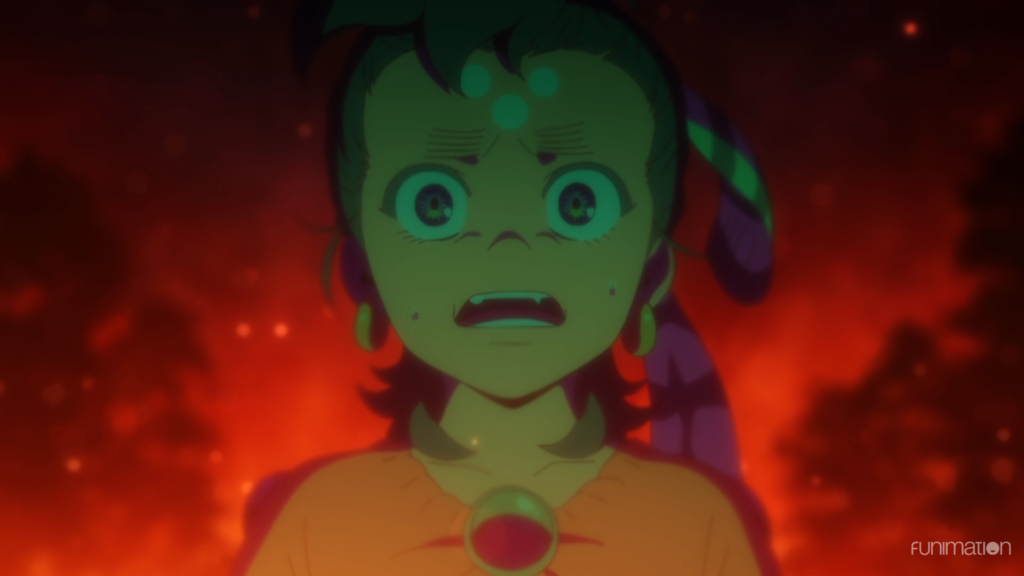 Off the bat. we’re hit something unexpectedly serious and seriously unexpected in Appare-Ranman Episode 3. Hototo, who made a brief appearance in the last episode, reveals that his father was murdered and his family’s land was taken. He’s an indigenous character, who I feel like I haven’t seen any Native Ameican representation in anime since the 2-decade old Shaman King, and to include a stolen land narrative is frankly surprising for an anime. So far this nuance is only addressed on a micro-scale opposed to bringing up the fact that all Native land was violently sieged, but Hototo’s story being personal makes it hit. Episode 2 tried to half-assedly work in a b-plot with a female character frustrated that women weren’t allowed to drive in races,  which could have been impactful if it felt earned, so I’m happy to see this kind of issue coming across a lot more genuine. 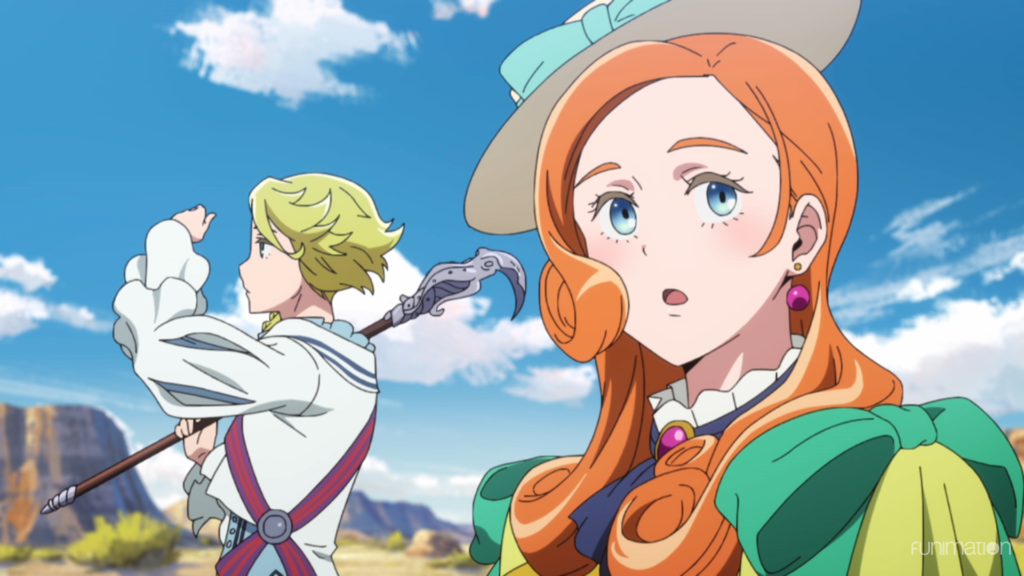 Elsewhere in Appare-Ranman Episode 3, in a bit of what feels like potential intentional contrast to crappy hand life dealt Hototo, we get Al Lyon and Sophia; A couple of rather well off brits who’ve come to America to enter the race. Pretentious aside they’re both fun to watch and their over-the-top outfits speak toward this show’s willingness to get creative with its visual presentation.  Sophia’s a particularly charming character who due to a similar brand of low-key assertiveness, maybe because I’ve been playing the hell out of the game, reminds a bit of Aerith from Final Fantasy VII Remake.  Of course, due to some reason or other, these two have an exciting early encounter with our leads Appare and Kodame. 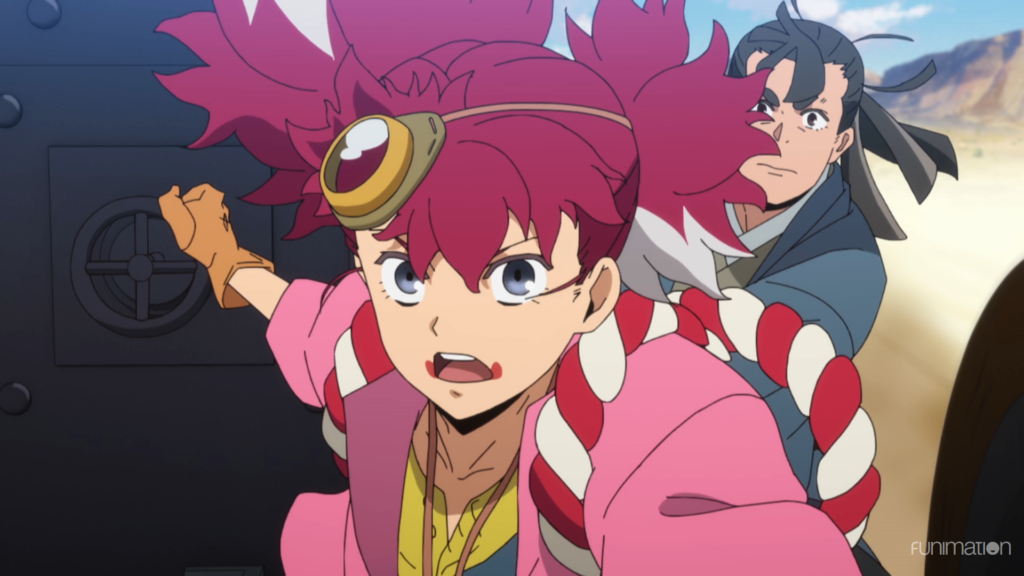 Yes folks, we finally get some racing in Appare-Ranman Episode 3. No, the great Trans-American race hasn’t quite kicked off yet. Instead, Appare and Kosame are taking on their high-class new rivals in a practice race before the big show. It only lasts a few minutes, but it’s pretty entertaining seeing this steam and wood contraption Appare came up with face off with what looks like an actual car. These are cartoon shenanigans that first got me interested in this series and while each episode’s shown off more personality than the last thankfully with just the characters doing their thing, I’ve been ready for the big race to start. Feels like we’re still a couple of episodes away before things really get heated, but it’s holding my attention in the meantime.

You can watch Appare-Ranman Episode 3 on Funimation now, however, future episodes of this series along with many other will be delayed due to COVID-19 for the time being.