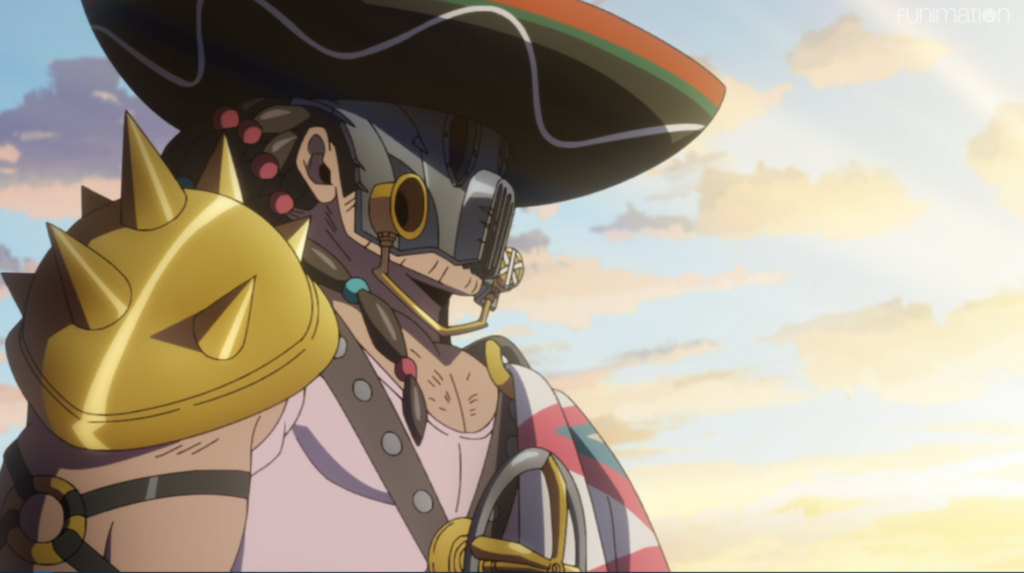 I suppose it’s about time I give up. Not on Appare-Ranman mind you as on the whole this P.A. Works original anime is pretty good. The anime is one of the more unique offerings this year, even if it’s not shaping up to be the show I thought it would and should have been when the trailer first dropped months and months ago. With its unique character designs and a Steel Ball Runesque race across America premise, I was hoping we would get something close to Redline even if the animation wouldn’t be as good.  Unfortunately, up until this point, each episode only spends a little of its time depicting car-race, opting to spend most of its time building its characters. Appare-Ranman Episode 7 shows it can do the latter with a lot of heart. 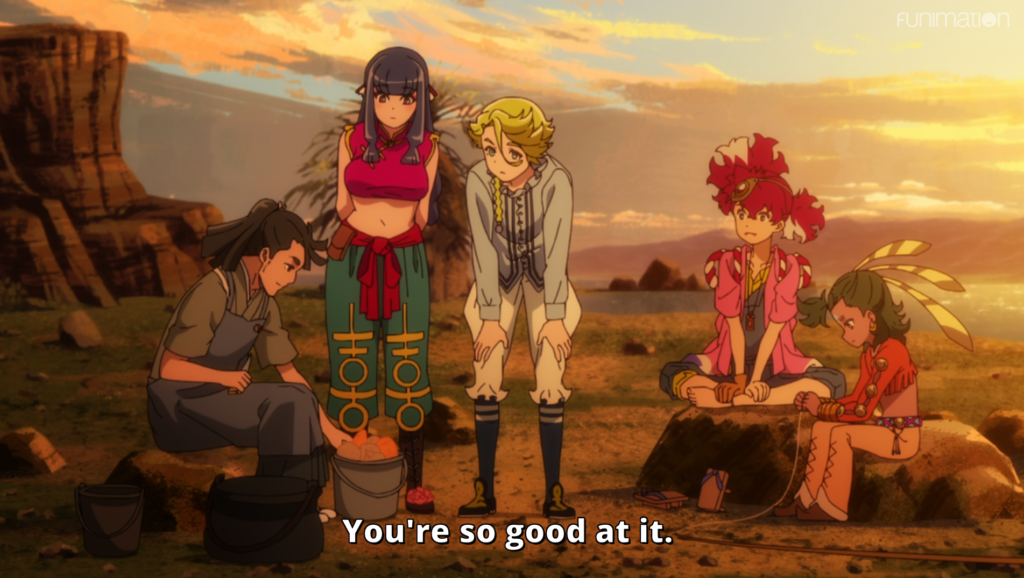 There’s a nice little scene in Appare-Ranman Episode 7 where all the ‘good’ racers, meaning Xialin and Al who’ve the three-man Appare squad have befriended, all take a break from their big race to do some old fashioned camping together! The old me, as in the me who wrote reviews for episodes one through six, would have complained and said that although while camping scene had some nice atmospheric flourish that the time would been better spent seeing some wacky racing. The new me is embracing the fact that the big car race is only a back-drop in Appare-Ranman and will do my best to enjoy the show on its own terms from here on out. Besides, wouldn’t it be fun to go camping with a Samurai, a proper British gent, and a handful of other weirdos? 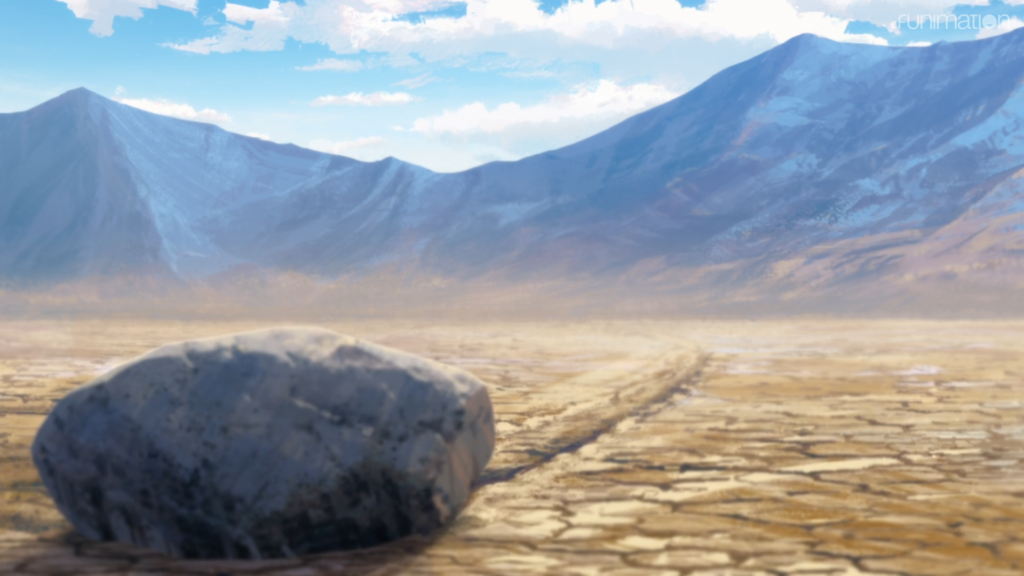 Another thing Appare-Ranman episode 7 actually does really well in abundance is its backgrounds. With much of the previous episode either taking place at night or indoors, P.A. Works hadn’t yet had the chance to show their hand at depicting the great American outdoors. Racing through western canyons and mountains, Episode 7 brought with it a whole bunch of lush scenery to the mix. In contrast to its bright and spikey character designs, a factor I’ve really enjoyed so far, we have more muted though heavily detailed impressions of nature that are plain nice to look at. I’m hoping as the race cycles through the rest of America, we see a slew of different settings with the same level of artistic depiction. 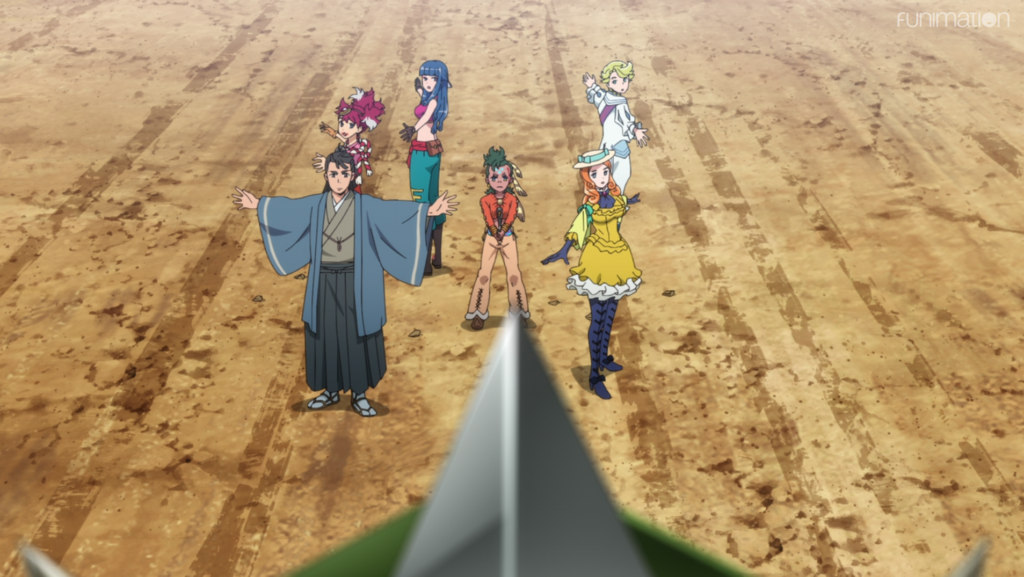 Appare-Ranman has a cast of colorful characters who come through with some real personality when they need to. There’s a touching moment at the end of the episode, that companies a predictable twist I’ll still opt not to spoil, that reinforced for me even without a huge focus on racing this show still has a lot to offer. Aside fom the racing though, one aspect Appare-Ranman Episode 7 did lack in was the humor which I enjoyed very much in the last two or three episodes. Still, these characters have meat on them and I’m sure they’ll continue to grow on me as the show goes on.

You can watch Appare-Ranman Episode 7 on Funimation.