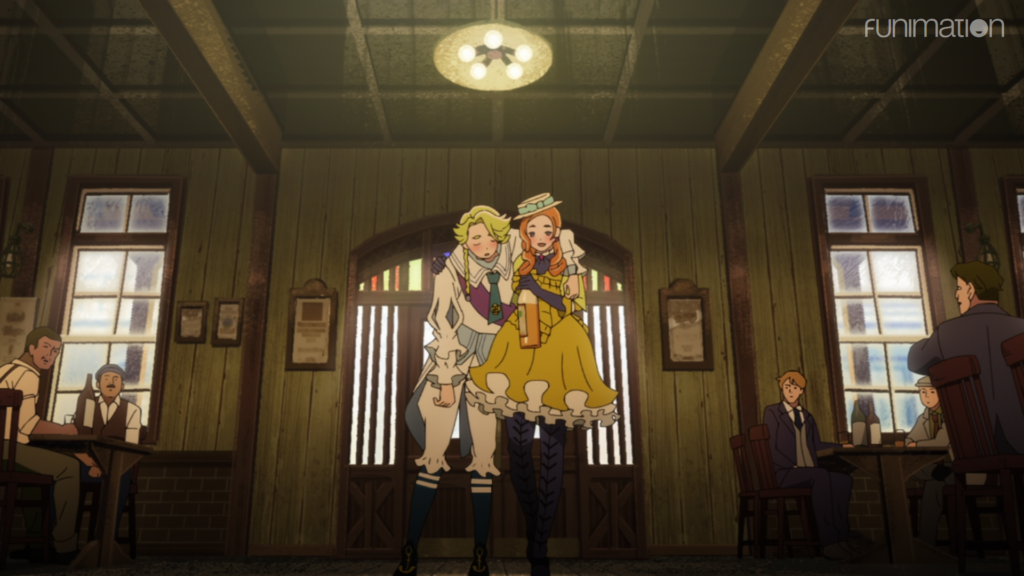 The title of Appare-Ranman Episode 9 is ‘Short Break’ implying that the episode is taking a leave of absence from the main story to meander off for a bit. While that’s what it does, we do have to point not that on some technical not enough of the main story, and certainly not the main race, has actually played out enough in which the show could be considered deserving of said break. An episode comprised of little slices of the individual racer’s off time would have been more appreciated if the audience was treated to more than 2 or 3 minutes of racing an episode. It seems all any of the cast ever does in Appare-Ranman is not do the one thing they’re supposed to be doing, but we digress. 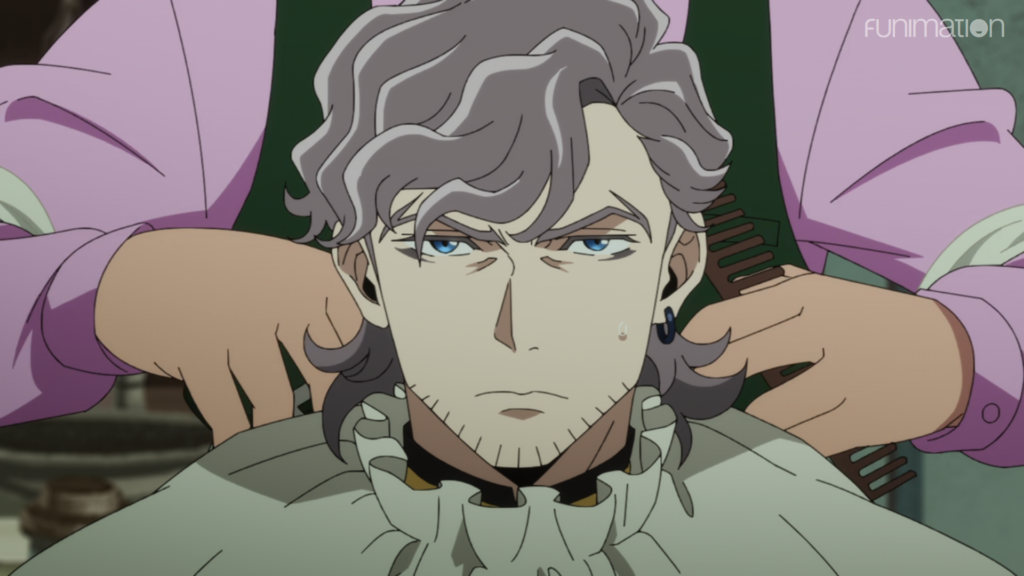 My nitpicky complaints about whether or not Appare-Ranman Episode 9 has earned its slice of life set up aside, it does take the chance to slip out of the norm as a means of giving the audience a handful of night scenes. We get a number of silly situations and character match-ups we otherwise wouldn’t get. Hototo and the bandits who were pretending to be an even scarier bandit share some pie in town. The cool and collected Dylan above gets a hair-cut. We even see Kosame and Xialian spare in their respective forms of martial arts, Kendo and Kung-Fu, with a nice little conversation as the bow on top.  While I’d still like more racing now than later, these scenes go a long way to flesh out these character’s more subtle qualities. 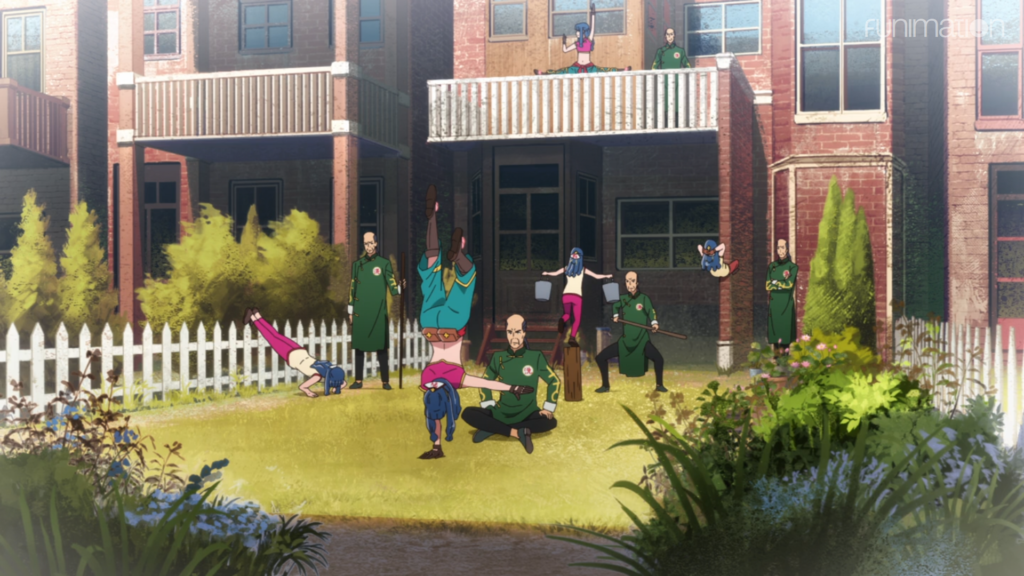 The best of these Appare-Ranman Episode 9 slice of life scenes comes courtesy of our British pals Al Lyon and Sofia. The elegantly dressed pair end up in a dingy saloon and due to some kind of shenanigans or another end up in a drinking match against Crazy TJ. Using a deadly weapon called straight Tequila, TJ quickly drinks young Lyon under the table. Wouldn’t you know it though, Sofia’s more than willing to step up to the plate and just as quick as TJ did Lyon in, Sofia drinks Crazy TJ into oblivion to applause from the locals. 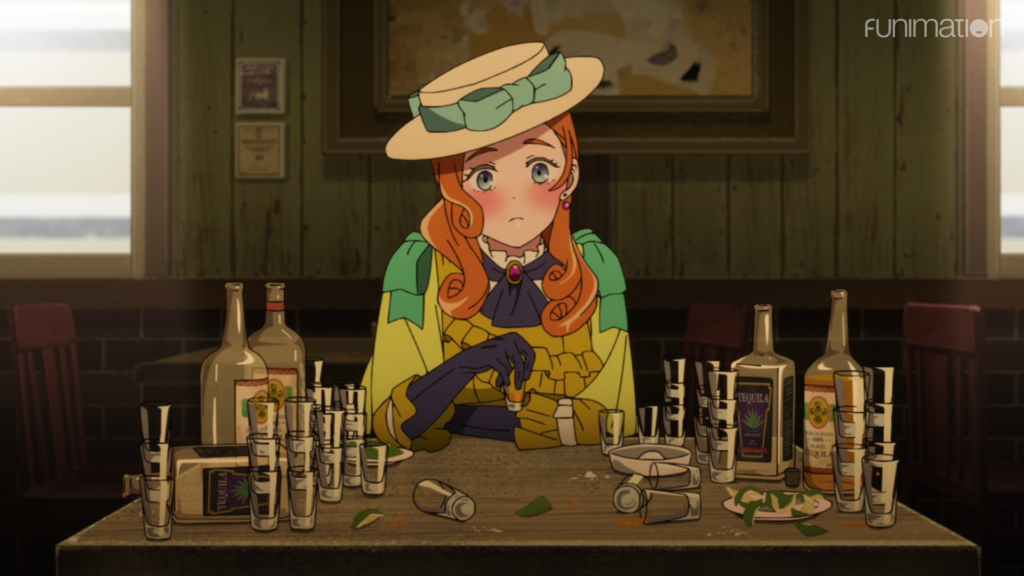 This show has displayed time and again it is at its best when it isn’t taking itself too seriously. There’s been barely any racing nine episodes in and what little there has been fades into the background. Often, the show’s more serious and plot driven moments feel average at best, like these characters are just going through those motions. Its when Appare, Kosame, and the other racers can kick back, argue and little, and get up to some hijinks that you’ll be having the most fun. At this point though we may begin to see less of that. The episode ends with a ‘subtle’ cliff hanger in the form of a character who you thought was nice doing a quick evil grin before the credits cut in. Praying its some kind of red hearing but with already one villain fake out this show, I’m doubting it. 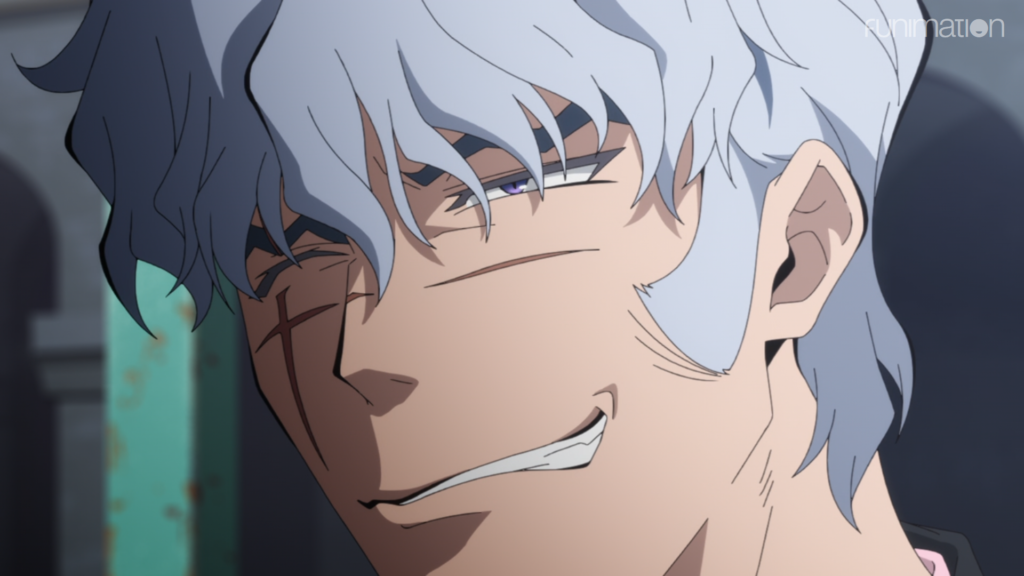 You can watch Appare-Ranman Episode 9 on Funimation right now.