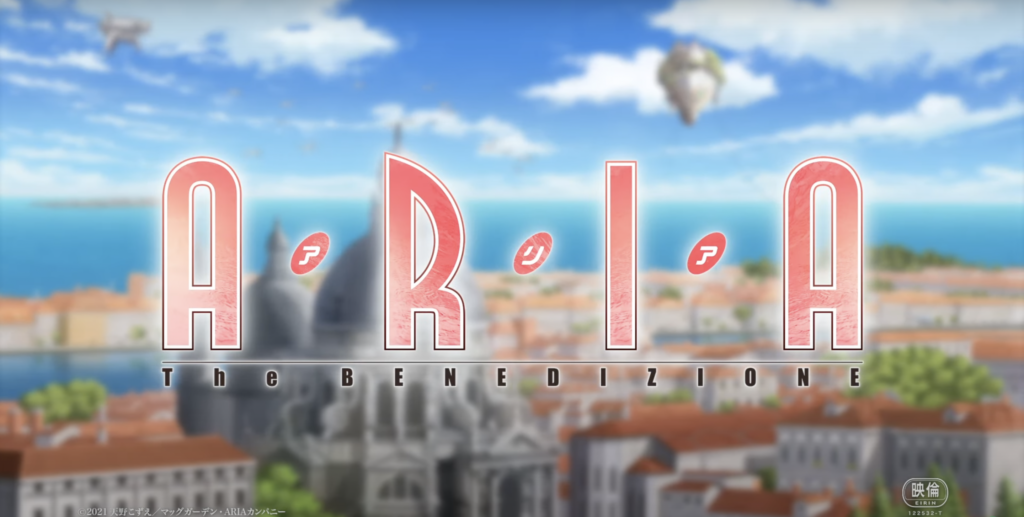 ARIA the BENEDIZIONE will be coming to Japanese movie theaters in Winter 2021. The announcement came over the weekend, and on top of this, we also got a new special trailer and a new key visual for the upcoming third and final anime film in the series.

The ARIA series has been around for quite some time, with its first anime series back in 2005, and the manga series in 2001. Since then it has had three full seasons of anime, an OVA, and well as a mini-series.

The original 2005 anime adaptation of Aria is available in English through Nozomi Entertainment, who also provide the following synopsis:

Akari Mizunashi, at the age of 15, has left everything behind to travel to a sparkling planet covered in water, Aqua, formerly known as Mars. By the 24th century, humans have found a way to colonize the formerly uninhabitable planet.

More than anything, Akari wants to be an ‘undine’: a female gondolier who navigates the canals of the Aquan city of Neo-Venezia. The city itself is a faithful replication of Manhome’s (Earth) city of Venice. To make sure that residents and tourists alike get the most from Neo-Venezia’s many wonders, companies offering guided tours via gondola were formed, one of which is named Aria Company.

As she begins her training with the prestigious Aria Company, will she be up to the challenges that await her on the path to achieve her dream? 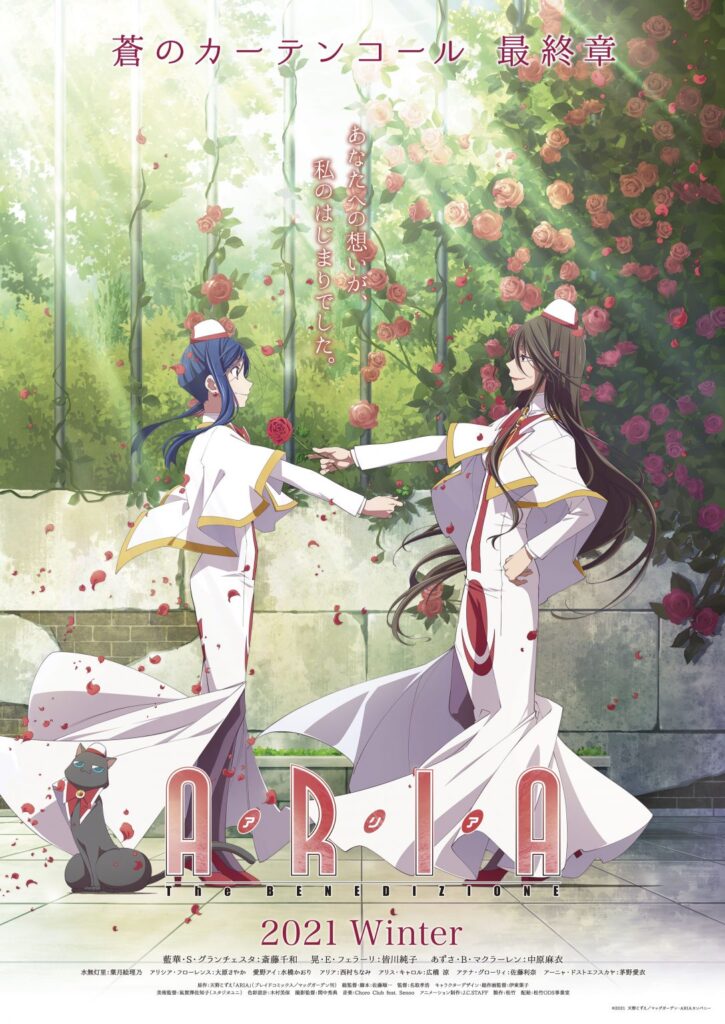 Right now, little is known about ARIA the BENEDIZIONE, the upcoming third and final ARIA film. What we do know is that Junichi Sato will be taking the role of chief director and scriptwriter, and Takahiro Natori will be taking the helm as director. J.C. Staff will still be animating the film.