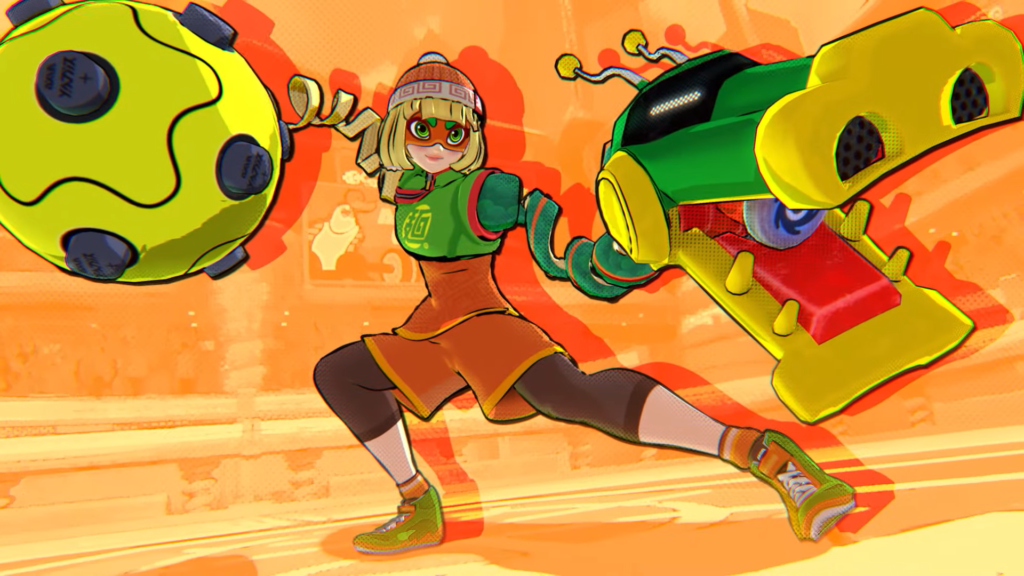 ARMS deserved more love. While I’ve fallen off the game since it initially released, ARMS was a unique party fighting game from Nintendo when it released just a few months after the Nintendo Switch launched back in 2017. With catchy music and unique characters, it was mostly hurt by releasing just a month before Splatoon 2 launched. Still, with unique characters and gameplay, it felt like a missed opportunity to not see ARMS represented within Super Smash Bros Ultimate… until now. A few months ago it was announced that an unnamed ARMS character would be added to Super Smash Bros Ultimate as the first character of the game’s second DLC following Byleth’s introduction, with this special at-home presentation for the game revealing that the newest character joining the battle would be Min Min.

Versatile Arm-Fighting Action: How to Fight as Min Min 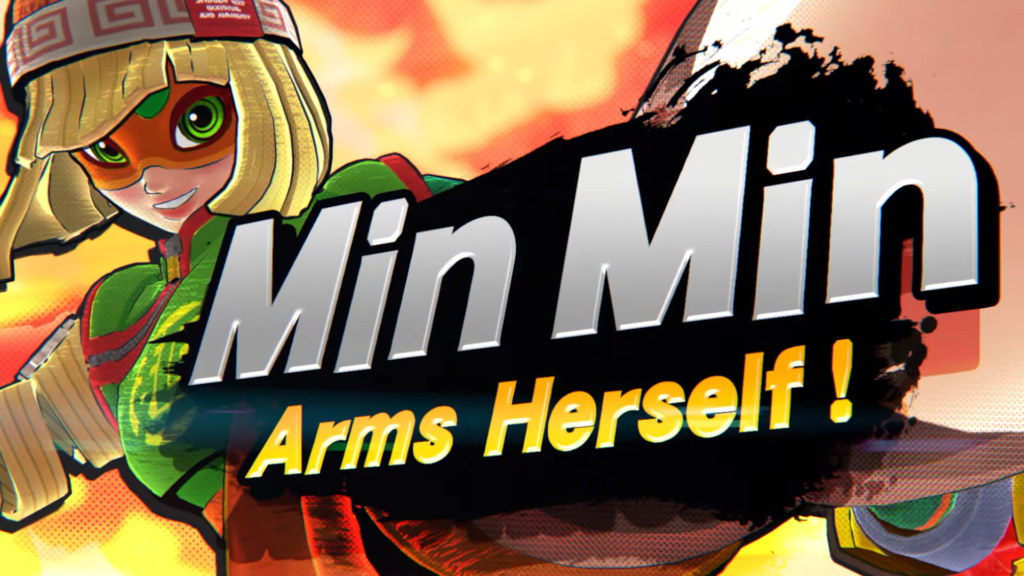 Min Min was one of the original selection of characters when the game first launched, but wasn’t one of the prominent characters placed on the game’s box art. Still, the character had its dedicated following and was even one of this writer’s favorite characters to play as they fought online, so it’s certainly a welcome addition. While it may seem odd that one of the cover characters wasn’t chosen, Sakurai noted that the developer considered all characters to be the main characters, with Min Min the best fit.

The inclusion of ARMS in Super Smash Bros Ultimate brings with it the need to implement ARMS’ unique mechanics. In ARMS, each character has long extendible spring-like arms that they use to fight against their opponents.

This has been brought across in the transition in a rather unique way. For most characters, the A and B buttons on the controller would represent their physical and special attacks. Here, these buttons represent one of Min Min’s arms, with the A button representing the left arm and the B button representing the right arm. As a result, you can even attack using both arms in either direction at the same time, meaning you’ll need to be careful not to get caught in one of their attacks. As in the original game, these can be bent so the arm doesn’t go perfectly straight, but not drastically, meaning careful planning is necessary to not get caught out. 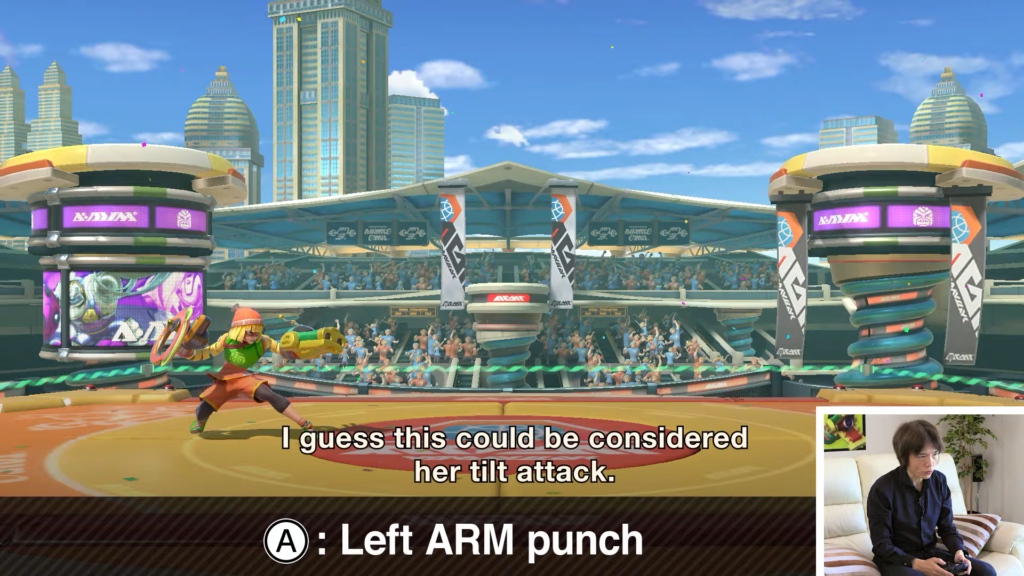 However, as you would expect, this also gives Min Min by far the largest range of any other fighter in the game.

Each of these arms allows for normal and smash attacks, but the right arm can also be switched between several special arms. A down special can allow you to change between these options, each taken from the original title.

The ring arm is the default and gives the player a wide range but low damage. These can be bent far more than normal arms and it gives greater versatility, making them good for blocking opponents. The megawatt, on the other hand, is the most powerful, able to knock opponents out even at low percentages, but is slower and easier to dodge. The dragon arm can fire lasers. Grabs, using both arms by pressing A and B, can also be performed and will also turn the left arm into a powered-up version of the normal dragon arm. Each arm can also perform different air neutral attacks.

Min Min’s final smash sees her unleash a flurry of punches before launching their opponent with a laser. 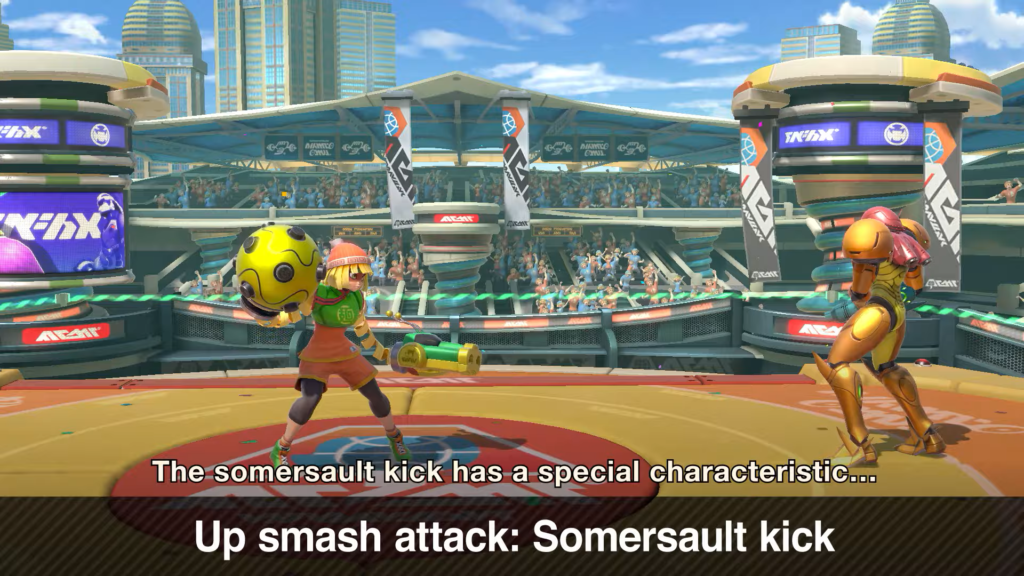 Although you would imagine a character from ARMS could only use their arms, a variety of kicks are also at Min Min’s disposal in Super Smash Bros Ultimate. Activated by a brief tap of the A or B button as opposed to a long press, you can perform neutral and kung fu kicks. Perhaps most excitingly, the somersault kick, an up-kick, has the special ability to block incoming projectiles. Think of Fox’s down special, but as a kick.

Finally, there is the ARMS jump, an up-B move that gives Min Min a massive jump into the air provided they are static on the floor. The aim of this move, in some ways similar to Sonic’s springs without the ability to damage people underneath, is to get out of harm’s way, but it can also be used when in the air as a hook recovery move. 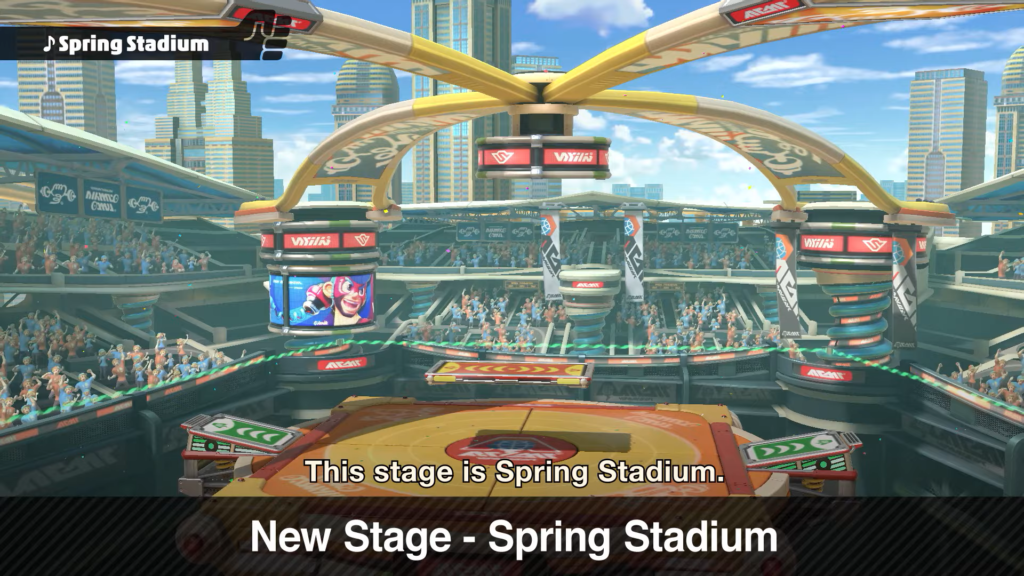 Min Min’s introduction into Super Smash Bros Ultimate brings the versatile gameplay of ARMS into this 2D fighter, and this continues into their special stage, Spring Stadium. While it’s a mostly flat stage in many respects, it has two special features in its overhanging arches and bounce pads. The bounce pads are occasionally active on the side of the stage and allow a character to bounce off them high into the air, perfect for getting away from opponents or setting up an aerial combo. The arches are more of a nuisance, as they can stop people from being launched away.

This all comes together to create a strong entrance for the ARMS series into the Super Smash Bros Ultimate architecture, but as with any Smash presentation, that wasn’t all. Several Mii fighters were also announced. These Mii fighters bring a little something for everyone, even Sakurai, whose second-choice ARMS pick Ninjara is includes as a Mii Fighter costume.

Perhaps more exciting are the other inclusions. The Tekken series makes an appearance this way thanks to the inclusion of Heihachi, in a Mii costume that looks scarily like the real thing. Callie and Marie make an appearance too as brawler- and gunner-style costumes, which makes this Platoon-obsessed writer very happy. 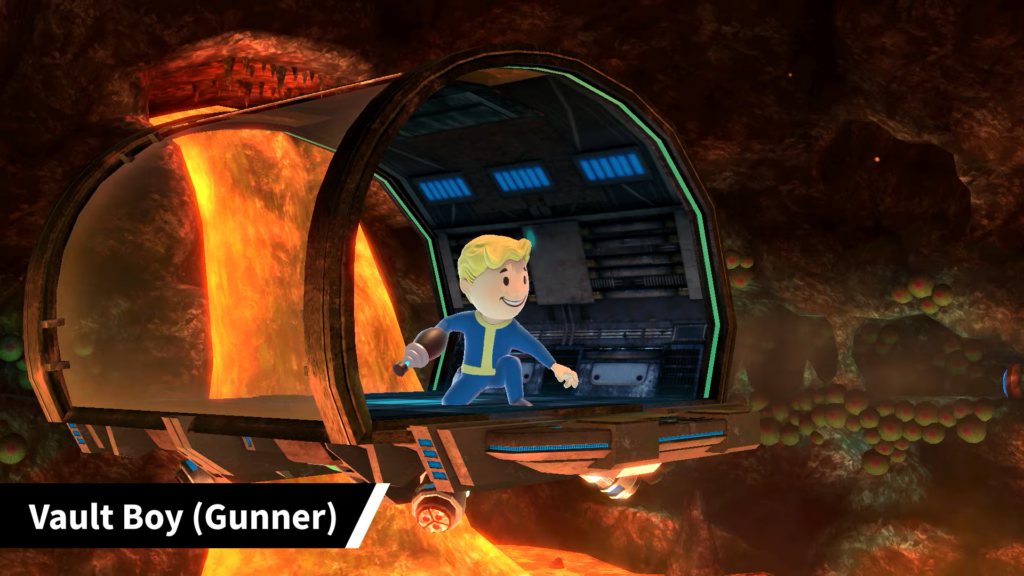 The surprising inclusion is Vault Boy from Fallout, who feels right at home to the point they look like a mascot character, of sorts. Similar to how characters like Cuphead and Sans were by far the most popular costumes of recent sets, it wouldn’t be hard to imagine the same could be found here.

The event closed off with the introduction of the Joker and Hero amigo (scheduled for the end of the year) and in interesting quality-of-life improvement to Spirit Boards. While the ability to re-fight spirits from the spirit list with a new high score mechanism and the replacement of certain fighters with Mii Costumes if purchased seems like an obvious inclusion, this also introduces one-hit KO conditions for many of the boards, where certain conditions could allow you to beat certain spirits instantly. It gives a new condition to fight if you’ve beat them with one method before, while also giving those struggling an out if need be.

Overall this is a welcome new piece of Super Smash Bros Ultimate DLC with the introduction of ARMS fighters and more. All the content mentioned above will launch on June 29th, with the DLC also including 18 musical tracks, of which 2 are remixes.

While upcoming fighters are still under wraps, Sakurai assures us that the planned release of all characters by December 2021 remains. Let’s hope they all add a new dynamic and appear as fun to play as Min Min. You can follow all updates over at the Super Smash Bros Ultimate official website.