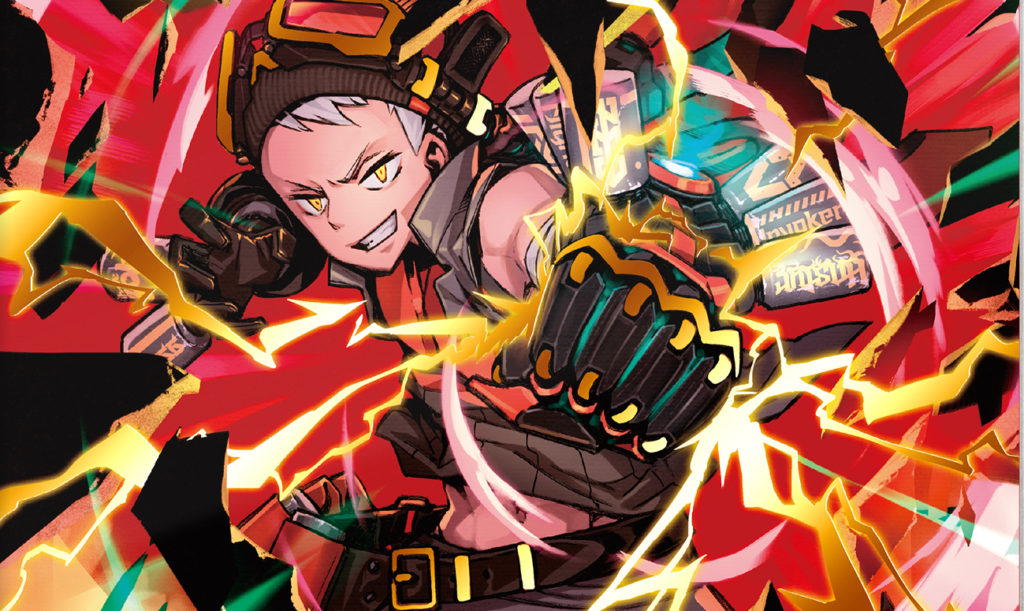 Within Tokyo’s massively-diverse pool of design and illustration talent, there are few names more iconic than that of NC EMPIRE. Originally founded in 2007, NC EMPIRE is a three-person team of creatives specializing in design and illustration for CD’s, anime, official goods, and logos. Their works have been featured just about everywhere, ranging from official Pokémon merchandise and cards, all the way to an installation at the most recent FLCL art gallery that took place in Shibuya. Utilizing a future-ready design, their unique stylings are rapidly becoming synonymous with the cultures they encompass, and they’re definitely a name you’re going to be seeing more and more of in 2019. With roots in Japan’s long-lived hardcore scene, NC EMPIRE have been on our radar for quite some time now. Their design and illustrations go hand-in-hand with artists like Massive New Krew, Usao, M-PROJECT, and NO+CHIN, as well as compilation series such as PARALLEL HARDCORE. Most of their artwork is extremely iconic, and I’m sure you wouldn’t have much trouble identifying just what they’ve worked on at all.

Earlier this year we saw NC EMPIRE team up with The Pokémon Company for an all-new line of apparel and merchandise featuring the primary villains of the Pokémon series in a limited-run collection titled “SECRET TEAMS”. The collection was mostly printed across a killer lineup of t-shirts, but arguably the crowning gem of the collection was the tapestry they did where they were really able to let their creative flair shine. It’s this incredible collection of all the major villains in the franchise lined up together surrounded by an incredibly daunting lineup of legendary Pokémon as Team Rocket’s leader Giovani takes center stage alongside Mewtwo.

Prior to the “SECRET TEAMS” collection, NC EMPIRE had also worked closely with The Pokémon Company to craft an extensive collection of goods for their “Pokémon Graphix” series, in which they contributed to between 2015 – 2017. So with over three years of incredible collaborations, we can only hope this friendship doesn’t end any time soon, especially for the sake of incredibly designed official Pokémon merchandise.

Heading over to NC EMPIRE’s official website, you’ll quickly find an entire treasure trove of design and illustration goodness. Not just that, but NC EMPIRE also shares a large number of their design assets online for free, including fonts and 3D models to use for both personal and professional purposes, depending on the asset. This gives those interested in working with design a fair opportunity to get started using professional assets at no upfront cost, an extremely generous move on NC EMPIRE’s behalf.

With well over ten years in the industry at this point, we certainly don’t see NC EMPIRE going away any time soon. With 2018 only further raising the bar on just what they’re capable of, we can’t wait to see what the powerhouse team at NC EMPIRE are able to bring into 2019.

For those interested in checking out even more from NC EMPIRE, be sure to check out their official website.