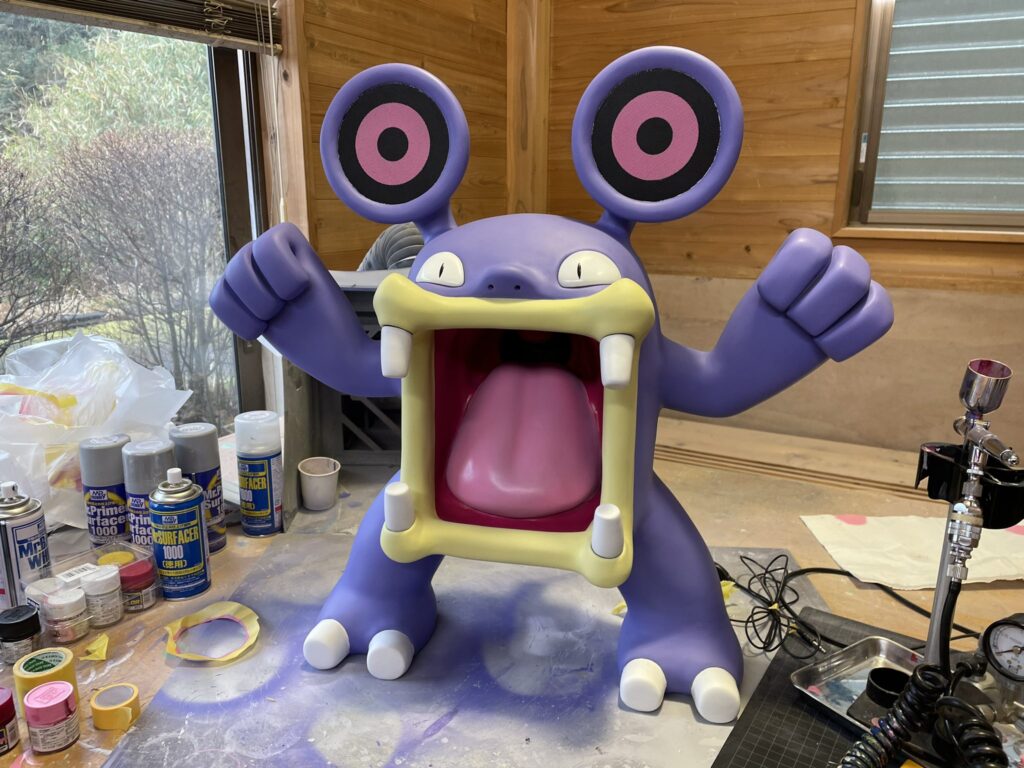 (Yes, that’s a Loudred sculpture made of clay. Yes, the speakers actually work.)

Since we resurrected our Artist Spotlight segment during the 25th anniversary of the Pokémon franchise, we’re thrilled to shine a spotlight on passionate Japanese fan works of pocket monsters and trainers alike… both of the edible and non-edible varieties. Clay Yoshirin, a member of the small online gathering called only ‘The Pokémon Modeling Arts Committee’ alongside past entries WHIP SUGAR and kumattaojisan, isn’t content just making lifelike sculptures. He puts in the time to give them actual functionality.

While the screen name may not ring a bell, Clay Yoshirin is far from being unknown in the west. Only a few months ago, websites from IGN to Game Informer picked up on his then newest creation: a Pichu statue that doubled as an iPhone charger. We’re happy to see the little guy using his electric-type skills for good!

There have been countless figure and plush releases since Pokémon began taking the world by storm in the late 1990s. What Clay Yoshirin is doing, however, probably has you glaring at your monitor in desperation… he’s creating our favorite characters life-sized and in a way Nintendo could never replicate en masse with the same quality. Sadly, the artist isn’t selling any of his pieces as of writing this, and we can’t blame him.

The process to create Pichu, along with many other of his uncanny creations, is highlighted in detail on his YouTube channel. The videos have English subtitles!

With popular news outlets picking up on this one specific creation, you’d think they would have taken the chance to highlight some of Clay Yoshirin’s other Pokémon handiworks. That wasn’t the case for most of them, and it leaves us with a grand opportunity: which of these would you be willing to fork out a fortune to bring home?

Of course, if he made a Pichu iPhone charger, a Joltic Apple Watch charger wasn’t far behind. How about the Oddish planter? The Drifloon to hang in the doorway, greeting guests? Swablu perched and ready to alert you to intruders?

Don’t get us started on the absolute unit of an Exeggutor.

The purpose of Pokémon is up to the player: are you out to catch’ em all, become a breeder, take over the world? The franchise is nothing without the trainers, and like the other artists we’ve covered before, Clay Yoshirin doesn’t leave them out. While the creatures themselves look like they could come to life at any moment, the level of precision and detail has us feeling like we’re looking at official merch.

A person doesn’t put this amount of effort into something they don’t love. Fandom, for all its pockmarks and blemishes, can create some beautiful things, and OTAQUEST loves seeing people brought together by a common passion for Japanese pop culture and art.