Asadora! Review: Naoki Urasawa Gets Back on Track 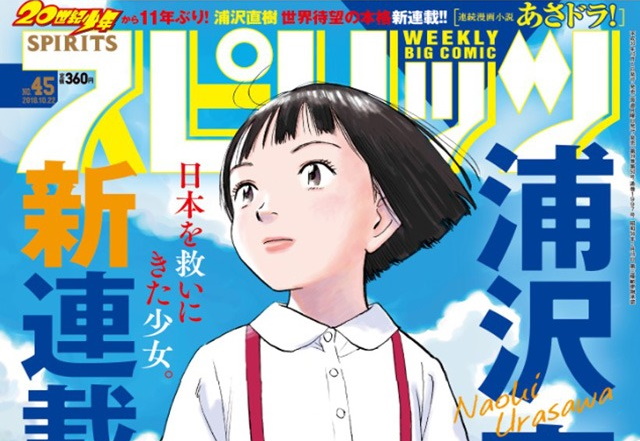 The prospect of any new manga from the legendary Naoki Urasawa is enough to get me excited. But in the case of Urasawa’s new series, Renzoku Manga Shousetsu Asadora! (Serial Manga Novel Asadora!), a dark shadow hangs overhead – the shadow of Billy Bat, Urasawa’s last full-length, half-baked original manga project. Can Urasawa prove that he’s still got it, despite thirty years of constant creativity? Can he get back on track?

Asadora! follows the life of one Asada Asa, a spunky Nagoya-born girl born to a large family of six, from her childhood in the late 1950s/early 1960s up until the present day. And immediately, upon opening the first volume, any seasoned Urasawa reader will recognize the familiar tropes at play: an apocalyptic threat in the form of some kind of giant monster, a massive conspiracy that stretches to all corners of the world, a reverence for the culture of times gone by; it’s all here and accounted for, alongside Urasawa’s classic graphic novel-style presentation and realistic art direction.

But as soon as you dig a little deeper, what makes Asadora! stand out from the rest of Urasawa’s output over the years becomes apparent. While a giant monster causing the apocalypse might reek of 20th Century Boys and a global conspiracy of Monster, never before has Urasawa focused so much on real human drama as he does in this latest series. 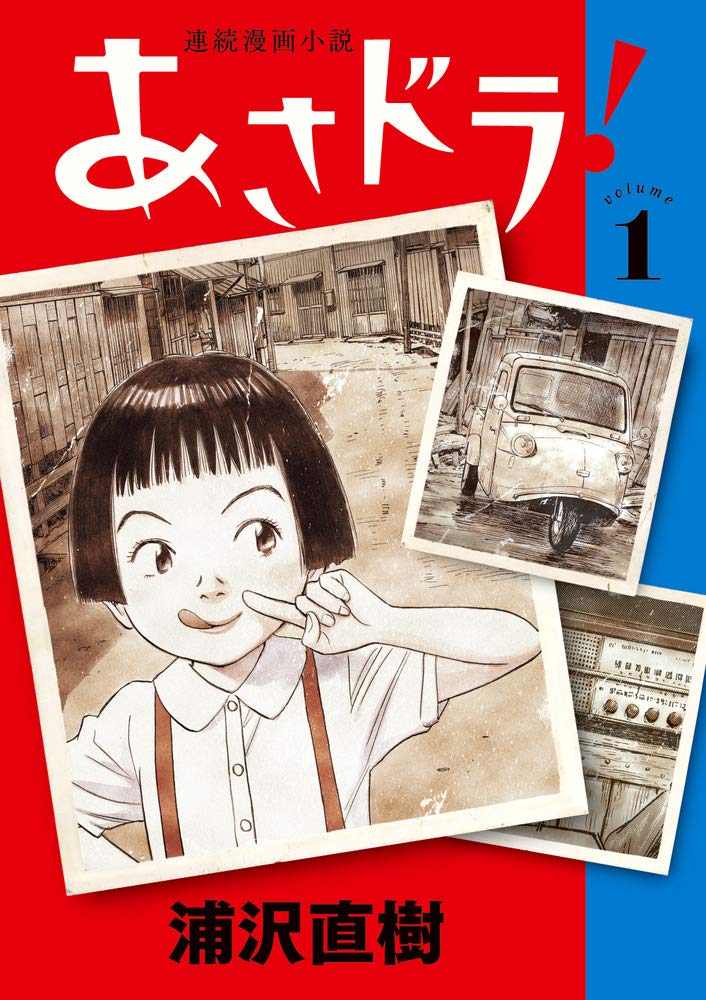 The initial choice of 1959 as the story’s setting is no accident – the Second World War (or the Asia-Pacific War, as it’s known in East Asia) was but a generation ago, and its effects can still be felt in day-to-day life of our characters: whether it be through the isolated frustration of the former pilot Kasuga, or the quiet mourning of Tokyo-born shop owner Kinuya.

Even the children of Asadora!, born well after the war and now known to history as the ‘baby boomers,’ find themselves immeasurably affected by it. Asa falls victim to Kasuga’s rage and takes advantage of Kinuya’s repressed feelings to perform heroic acts, and her friend Shouta is forced to undergo a strict marathon training regimen at the hands of his father and two brothers, who were due to participate in the planned 1944 Tokyo Olympics Games before it was canceled due to the onset of war.

The pertinent nature of these themes should clue you into how seriously Urasawa is considering the historical and material nature of his characters and setting. Asadora!’s more fantastical introduction that features some kind of giant monster attacking Tokyo in 2020 quickly fades into the background as the story focuses on character storytelling and narrative, with the majority of volume one focusing on Asa and Kasuga’s attempts to distribute aid to victims of a disastrous typhoon. 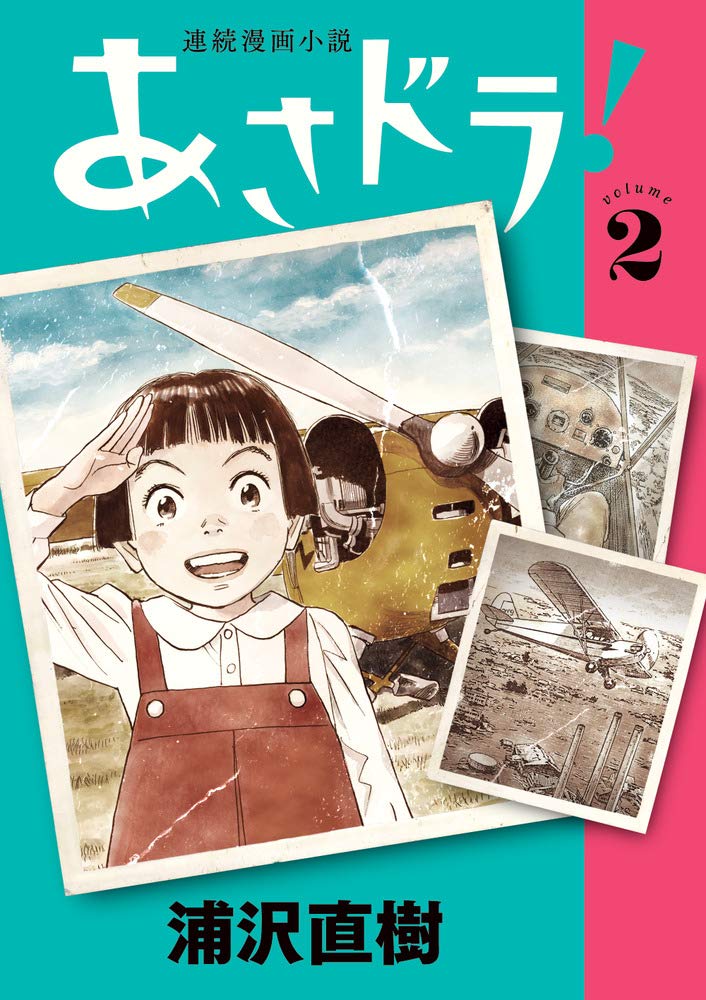 That is not to say, however, that the series’ introduction was nothing but a cheap ploy to grab the readers’ attention. It becomes clear towards the end of volume one and especially in volume two, where the series jumps forward in time to follow a 17-year old Asa, that the mystery of the giant monster is what is going to form the basis for the overarching story of the series, just as it did in 20th Century Boys.

But, at its heart, Asadora! remains a story about human drama, almost naturalistic in its approach, as well as – perhaps most importantly – the story of our protagonist, Asada Asa. Her stubborn yet conscientious personality as demonstrated in the opening pages of the story should immediately endear her to the reader, and her heroic acts later on are also enough to ensure that she becomes just as heroic as Endo Kenji or Kenzo Tenma, despite her age and gender. The way that she struggles with the fate of her family in the aftermath of the typhoon, yet tries to put on a brave face, also makes her a truly human character that we can all relate to.

The Shadow of Billy Bat

This latest series, therefore, seems like yet another hit for the legendary creator, who is often called the ‘Osamu Tezuka of his generation.’ However, Naoki Urasawa’s career is far from perfect. It is, in fact, marked by a black spot in the form of Billy Bat, his last full-length original series that left many fans, including myself, disappointed and frustrated.

Billy Bat ran from 2008 to 2016 in Kodansha’s Weekly Morning and took much the same approach as Asadora!: an epic adventure stretching from the end of the 1940s up until the present day and even beyond. The scale of such an adventure, combined with the series’ focus on drawing comics and artistic creativity – Urasawa’s life calling – should’ve ensured a surefire hit. But that was not to be.

The problem was that series kept going on hiatus, often at critical points in the story, which affected the pacing dramatically and also seemingly caused Urasawa to lose track of the many threads of his continuing narrative, leading to a frustratingly ambiguous ending.

That’s a shame, as Billy Bat had potential. Its style and presentation simply oozed style and pizzazz, helped along by the creative marketing (see above). There were, in turn, many compelling characters created for the series who deserved a much better lot in fictional life. Furthermore, there was a sense of earnestness underneath it all as a story about creating stories from a man who has done just that for the majority of his adult life. This sentiment tried to swim against the tide and fight against the problems of the series’ publication, but to no avail.

Looking from the outside in, it would seem as if Asadora! might be coming up against the same problem. While it is currently running in Weekly Big Comic Spirits, it has already been on hiatus once, last August after about a year of weekly publication – which isn’t exactly a long time in the world of manga.

But, thankfully, Urasawa seems to have worked out some kind of deal with publisher Shogakukan, as these hiatuses seem much more pre-meditated than they have been in the past. In the first place, they tend to come at the end of each ‘arc,’ meaning that at least some of the narrative threads have been wrapped up by the time Urasawa goes on break. The ends of each arc also roughly correspond with the changes in time and setting between each stage of Asa’s life, leading me to believe that the idea of going on hiatus was baked into Urasawa’s concept for Asadora! from the very beginning – the series is, after all, the story of her entire life.

Asadora!: Urasawa Gets Back on Track

Given all of this, any doubts I may have had towards the prospect of a new Naoki Urasawa series are mostly settled. The shadow of Billy Bat has been mostly cleared thanks to a more sensible publication strategy, with the idea of hiatus being baked into the series from the very beginning. Even the volume releases are being staggered, staying much further behind the actual chapter count and releasing only two each year – another fine tactic that should help to offset viewer anticipation and disappointment as was the case with Billy Bat.

While this has never been confirmed, I wouldn’t be surprised if Urasawa was compelled to take these hiatuses for health reasons. The creator is nearing 60 years of age, and the reality is that he isn’t as young as he once was, back when he was able to pump out chapters of Monster, Happy! and 20th Century Boys at the same time with shocking punctuality in the same vein as his idol and great cultural equivalent, Osamu Tezuka.

But it is precisely Urasawa’s age and experience formed over so many years as a mangaka and as a creative that has me so excited about the future of Asadora!. Already, in the short two collected volumes that are currently available, we’ve seen so much promise in a pivot away from the fantastic towards the realistic, pushing giant robots into the background and bringing real human drama to the forefront. In this sense, I wouldn’t be surprised if Asadora! ends up being one of Urasawa’s best – joining his already formidable lineup of seminal manga works.