Asahi’s Seriously Gone Too Far With Their Latest CLEARLatté 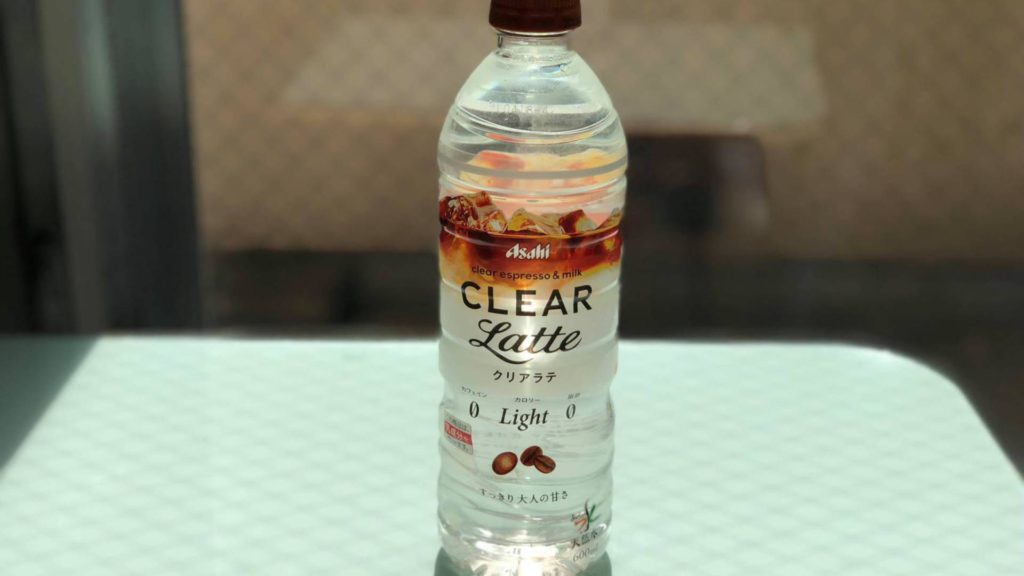 Alright, it’s 2018, we have electric toilet seats, we have people living in space, we have robots calling restaurants and making reservations for us. What we also have, for some reason,  are trendy, clear beverages that claim to hold flavors such as blueberry yogurt, milk tea, melon soda, and most recently, café latte. Or, as Asahi is coining it, “CLEAR Latte”. CLEAR Latte hit convenience stores and supermarkets just days ago, and today I finally gave in and decided to purchase a bottle, with my usual blank expectations of these super hip flavored water beverages.

In my opinion, making a drink clear holds the same comedic value as making a tiny version of an everyday object. There’s no clear objective, really, it’s just invented for the sake of novelty. Clear drinks contain little sugar or calories, and they usually just taste exactly what they are; flavored water. Some people will swear that they taste just like the real thing, but I’ll be straight — they don’t in my opinion. It’s as if an alien has been asked to recreate Earth drinks based off an artificially injected memory of the original.

Asahi’s CLEAR Latte sits radiantly upon its shelf, its packaging already drawing many questions to mind. Why is it clear? How can something clear taste creamy? Why am I about to buy this? I decided not to judge it too much before trying it. Asahi claims to have extracted whey minerals from milk, discarding the white colored milk fat and protein, in order to make the creamy flavor while maintaining transparency. The coffee flavor comes from espresso extract, which seems like a far less complicated process.

I took my first sip of the cold beverage and was greeted by a strangely accurate coffee taste. The creamy aspect is there, too, but overall, it all just tastes sort of… Plastic-y. This is, of course, followed up by a purified-water-taste finish. I daresay it tasted like a diluted cafe latte, or like when all of the ice melts into your iced coffee. I really can’t say that I especially enjoyed it. I went back to try it again a few hours later, but it tasted even less pleasant at room temperature. I’ll just have to add this to the growing list of clear beverages that just aren’t for me…

If you dare try CLEAR Latte, feel free to buy one for 124 yen at most convenience stores and supermarkets in Japan.

Should ‘Sailor Moon’ Really Be Used to Promote Slimming Products?