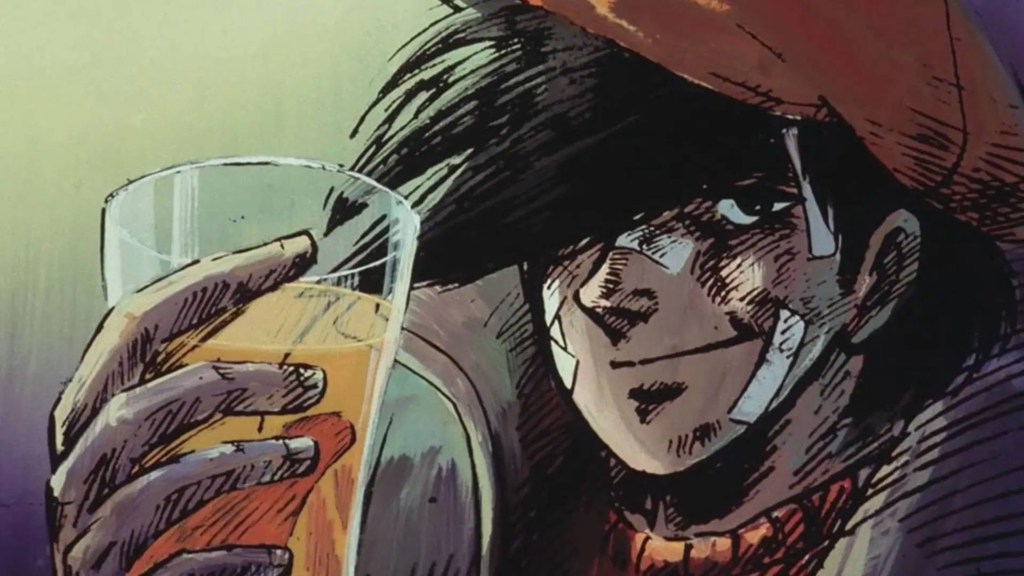 This year marks the 50th anniversary of the Ashita no Joe anime, premiering as it did on April 1, 1970 under the auspices of Osamu Dezaki over at Mushi Productions. While we have discussed the importance of Asao Takamori and Tetsuya Chiba’s original manga in the past, the anime’s anniversary is arguably just as important: so much of what it brought to the table would prove instrumental in ensuring the series’ staying power for decades to come. But how did it do this? How did it forge for itself an enduring legacy in animation?

Ashita no Joe Manga vs. Anime

For the most part, the Ashita no Joe anime is a very faithful adaptation of the original manga. It follows Takamori’s original story more or less beat for beat, making hardly any changes to the overall story or narrative. Chiba’s art style is also faithfully recreated, as we shall see. This makes for an experience that is more or less analogous to the original manga, but also one that also unfortunately inherits all of its problems: the slow beginning, in particular.

Osamu Dezaki both installments of the Ashita no Joe anime, one in 1970 over at Mushi Productions and one in 1980 over at TMS Entertainment (at the time known as Tokyo Movie Shinsha). This second series is rather creatively titled Ashita no Joe 2, and ran for several episodes less than the first series as it covered less material.

Both series were also re edited into theatrical movies, with the first movie releasing ahead of the second series for those who had not seen it at the time, as there was no home video back then. While the first movie has been more or less forgotten, the second movie – titled Ashita no Joe 2 the Movie – was popular enough to get a 4K Bluray rerelease in 2018.

It could be argued that the Ashita no Joe manga was already at the height of its popularity by the time it was adapted into an anime in 1970, but that alone does not explain why it did well enough to warrant a second TV series, almost 10 years later. It could also be argued that adapting any popular manga is a surefire way to success, but that would serve to devalue the incredible work put in by Dezaki et al. The Ashita no Joe anime is a masterpiece in its own right, mainly due to two things.

The Power of Osamu Dezaki and Masao Yagi

The two most important things that the Ashita no Joe anime brought to the table were Osamu Dezaki’s directorial style and Masao Yagi’s soundtrack. In reality, both of these things work together to make the adaptation the masterpiece that it is, but, for the sake of argument, we will have to separate them out.

Firstly, we have Osamu Dezaki. The name Osamu Dezaki has been mentioned multiple times throughout this article at this point, and for good reason. The director has had an immeasurable effect on the standards of the anime industry as we know it today, and Ashita no Joe was his debut work – it is here, therefore, that we witness the beginnings of an industry icon.

Probably the most famous thing that Osamu Dezaki is known for is the “postcard memory.” This technique was ubiquitous up until the turn of the millenium, consisting of a highlighted detailed freeze frame that would slowly zoom in at opportune moments in the story. In reality, this technique was employed to cut corners – you can give the illusion of quality while actually doing very little – but would go on to develop an appeal of its own, being used in such later productions as Mobile Suit Gundam, Sailor Moon, and Serial Experiments Lain.

One thing that was unique to Dezaki’s work on Ashita no Joe, however, was his character designs. In an attempt to capture Tetsuya Chiba’s iconic dark, dense art style (particularly employing thick black character outlines), Dezaki chose a muted color palette and emphasised the shadows in each scene, literally painting on black lines that looked like they had just jumped straight out of the manga. Of course, this was also due to the hard work of character designer Akio Sugino, but it was while working on the Ashita no Joe anime that Dezaki formed a close partnership with the designer that would last throughout his career and right up until his death in 2011.

Dezaki and Sugino’s work on the visual design of Ashita no Joe would serve well to capture the mood of the original manga, but nothing did so more than Masao Yagi’s soundtrack. Yagi began musical life as a jazz pianist, but lent his talents to various anime and film productions over the years. It is surprising to learn that Yagi actually only worked on the first season of the anime, but so strong was his musical vision for the series that subsequent composer Ichirou Araki had no choice but to follow in his footsteps. The ubiquity of such melodies as “Joe’s Lullaby” and “Beautiful Wolves” really do speak for themselves – taking the melancholic mood of Takamori and Chiba’s original manga and elevating it to new heights.

All of these things added up to make an anime that would still be remembered and celebrated now, 50 years later. That is obvious enough considering that productions such as Megalo Box take direct influence from it, but what about at the time?

As mentioned, Takamori and Chiba’s original Ashita no Joe manga was arguably already at the height of its popularity by the time it was turned into an anime. It had already been used as a symbol of anti-establishment counterculture during the infamous university occupations of 1968, but the broadcast of the anime in 1970 took this popularity to new heights.

Particularly noteworthy was the ‘funeral’ led by Hidou Isao in 1971, which commemorated the death of (spoilers) Joe’s rival Riikishi Toru and gathered hundreds of fans in broad daylight on a weekday. While many sources at the time pointed out that this was probably a publicity stunt –  many people related to the production were there, including Isao himself (who sung the opening theme song) – it was a very public indication of the impact that the Ashita no Joe anime was having on the hearts and minds of ordinary people up and down the country.

To a certain extent, bringing any property into animation always exposes it to a wider audience. There are more people willing to tune in on TV then go out and buy a comic, after all, and having an anime lends an air of prestige to any given work. Thus, while manga was certainly impactful in its own right, it was the anime that really brought the series to a wider audience: you can see this in the ubiquity of the series today, with scenes such as (spoilers) Joe’s death still being regularly parodied and referenced.

On a final note, it has always been a shame to see a series as important as Ashita no Joe constantly passed over in the realm of English licensing. While countries such as France and Italy get editions courtesy of Génalt and Star Comics, the UK, Canada, and the United States et al. are left with no way of accessing the manga in a legal fashion.

The same goes for the anime: the second series was available on Crunchyroll for a short while under the title ‘Champion Joe,’ but it has since been removed. Even in Japan, only the second season is available on Netflix. Surely, the best thing to do to celebrate the 50th anniversary of the Ashita no Joe anime would be to make it readily available!

Alas, we have had no such luck. Perhaps the best thing we can do in the meantime, then, is to say “Hey Joe… I remember…”