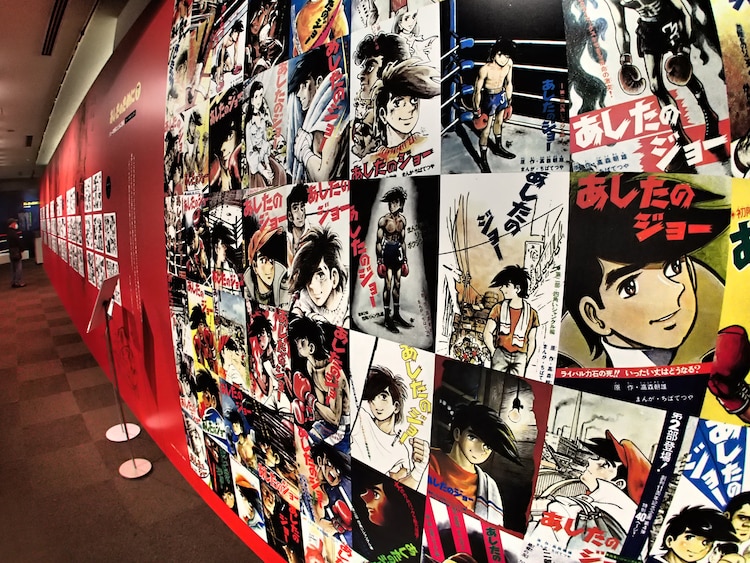 A new Ashita no Joe exhibition is asking you to ‘Live For Tomorrow’, as the event is set to encourage positivity and the hope for a stronger tomorrow.

While there was a rather large Ashita no Joe exhibition celebrating the series’ 50th anniversary back in 2018, this new exhibition is designed to embody imagery from the series with the message of ‘living for tomorrow’, whether through sports manga or in daily life. In the series, Joe Yabuki learns to fight from letters received from Danpei Tange titled ‘for tomorrow’, and it’s this learning to fight through each day that this new Ashita no Joe exhibition hopes to capture. 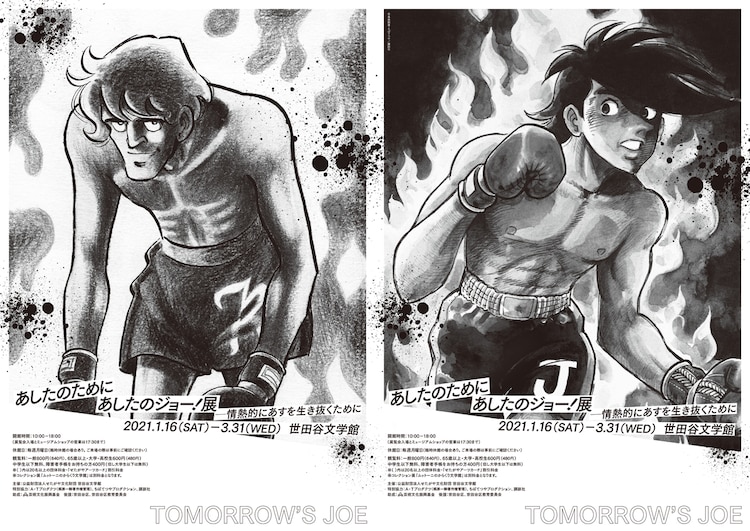 The For Tomorrow exhibition is split into seven sections, starting with a section dedicated to a digest of the story of Ashita no Joe. The second section is an ‘image corner’ featuring photos and images relating to the real-life funerals some readers of the series conducted in recognition of the in-manga death of Rikiishi Toru. The third section is a highlight of scenes from the series by Takamori Castle and series illustrator Chiba Tetsuya. The fourth section contains a series of essays wrote about work on the series by Tetsuya and author Ikki Kajiwara.

Section 5 is dedicated to Joe’s friends that helped him search for his tomorrow throughout the story of the series, and section 6 is a behind-the-scenes look on the manga that features original manuscripts and notes. The final section on ‘Yesterday’s Chiba Tetsuya’ centers on the life of the illustrator and explores how his experiences during and after World War II influenced the work.

Ashita no Joe: For Tomorrow is a rather substantial exhibition, showcasing an in-depth look at the legacy and importance of this seminal manga creation. The exhibition is now running at the Setagaya Literary Museum until 31 March, with tickets costing 800 yen, or 600 yen for over 65s and students. You can read more about the exhibit over on the museum’s website.