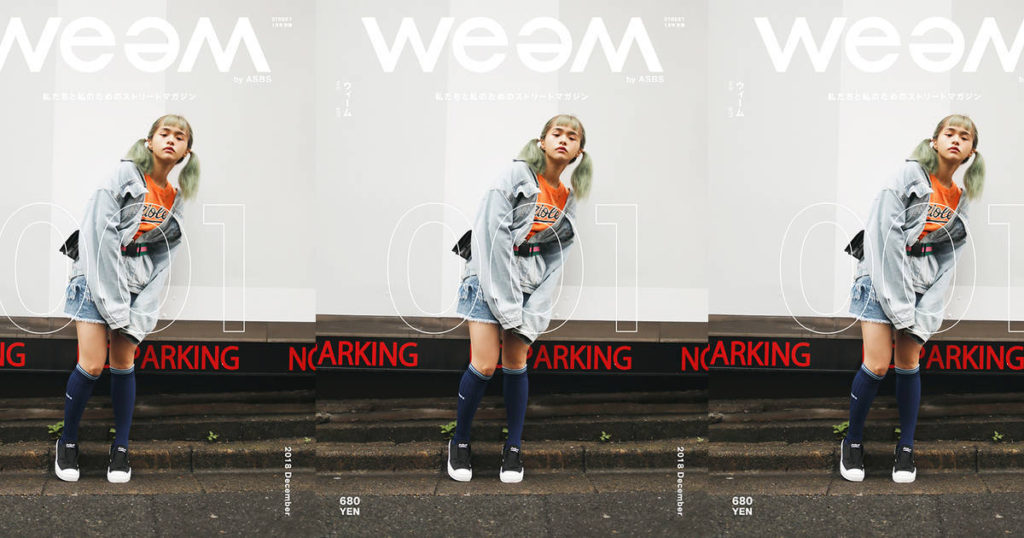 ASOBISYSTEM is a company that has long been on the pulse of Harajuku’s ever-evolving street fashion and music culture, dating all the way back to when they first came onto the scene over ten years ago. They’re the team behind some of Harajuku and Shibuya’s most iconic exports, including both Kyary Pamyu Pamyu and Yasutaka Nakata, and have dedicated a large stake of their time into the continued output of culture in the area. Acting as both creators and curators, ASOBISYSTEM tends to have a pretty significant amount of knowledge about the streets that they call home.

In February 2017 the global fashion scene was taken by surprise with the announcement that effective immediately, FRUiTS Magazine would be ceasing publication due to the lack of “cool kids” to photograph. It was an announcement that left the world questioning where Harajuku culture had gone, as well as just how long Japan’s “fashion capital” would be able to keep their title. But while I maintain nothing but respect for Shoichi Aoki and his 20 years of photography work within Harajuku, the concept of there being no more “cool kids” to photograph couldn’t be more disconnected. Apparently, I’m not the only one to think this either, with ASOBISYSTEM earlier this month launching their latest project — “weam”. Revitalizing the concept of a monthly street snap magazine, weam takes to the streets of both Harajuku and Shibuya to give a voice to the next generation of “cool kids” that define the cities modern street fashion sensibilities. The forced foreign concept that Harajuku needs to remain this hyper-colorful capital couldn’t be further removed from reality, with little-to-no knowledge shared amongst international onlookers as to the very real modern street culture sweeping the area.

With the first volume going into print and publication earlier this month, the significance of “weam” magazine is immediately visible, yet the concept isn’t necessarily anything new. Each issue contains roughly 77 different co-ord photos, as well as a breakdown of the name, age, occupation, and IDs on each item worn by the photographed outfit. The end result is an easy to digest, hyper-relevant look at just what the youth of today are hitting the streets with, all while allowing readers to be inspired to try out their own looks.

While the magazine is still very much in its early days, it’ll be interesting to see just how much staying power weam holds in comparison to other street snap magazines before it. With the backing of such a firmly-embedded company like ASOBISYSTEM, however, I can certainly see this magazine continuing to expand and inform for years to come. Available now in bookstores across Japan, further details on weam can be found via ASOBISYSTEM’s official website.