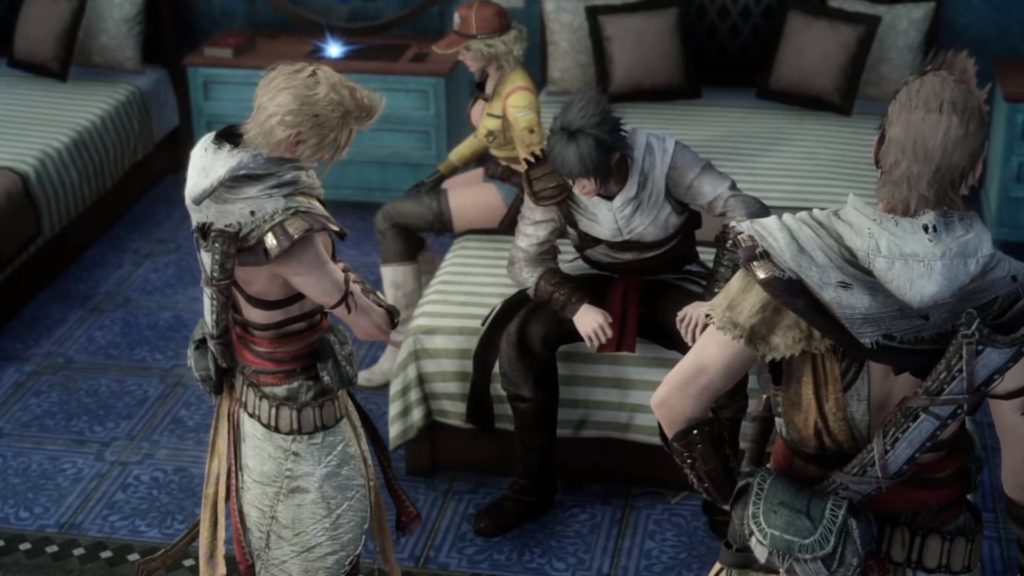 In what I thought was only conceivable in the realm interdimensional, multi-universal fan fiction, two of gaming’s largest franchises will be crossing over for a celebration contained within Square Enix’s latest entry in the time-honored RPG series.

Beginning just 5 days from now on August 30, if you have obtained the Dream Egg item from the Moogle Chocobo Carnival within Final Fantasy XV, then you will receive a special Assassin’s Creed outfit for use within the game. If it wasn’t already awesome enough to run around the huge world of Eos cosplaying as Noctis’ (presumably) favorite Assassin’s Creed character, then you only have to wait one additional day; on August 31, the free “Assassin’s Festival” DLC will be released, and you can check out all of the details of what that entails in a trailer I never expected to see in my lifetime below:

According to Ubisoft‘s official blog, the idea was born when the developers of the two franchises had a chance meeting at the Tokyo Game Show a whole three years ago. They shared a mutual love and respect for each other’s work, and thus an amazing idea was born. Finally coming to fruition this year with the release of Assassin’s Creed Origins, the two parties have released an incredible piece of artwork featuring protagonists Bayek and Noctis to mark the occasion. If you were an attendee at Germany’s Gamescomwhere the crossover was officially unveiled, then you were also able to get the poster signed by both Hajime Tabata and Ashraf Ismail, directors of Final Fantasy XV and Assassin’s Creed Origins respectively. Despite how absolutely wild and unexpected this announcement may be, apparently, the hints were all there under our nose. In previous trailers for the two games, eagle-eyed fans have spotted easter eggs that hinted at this collaboration from as far back as last November. I have to admit though, that this actually is cool as heck. It’s great to see two hugely-respected developers share in their fandom for something that we all love — video games, with no mind of where they came from or who produced them. I mean anyways, if Ariana Grande can get a collaborative spot in the world of Final Fantasy, then surely Assassin’s Creed can too.