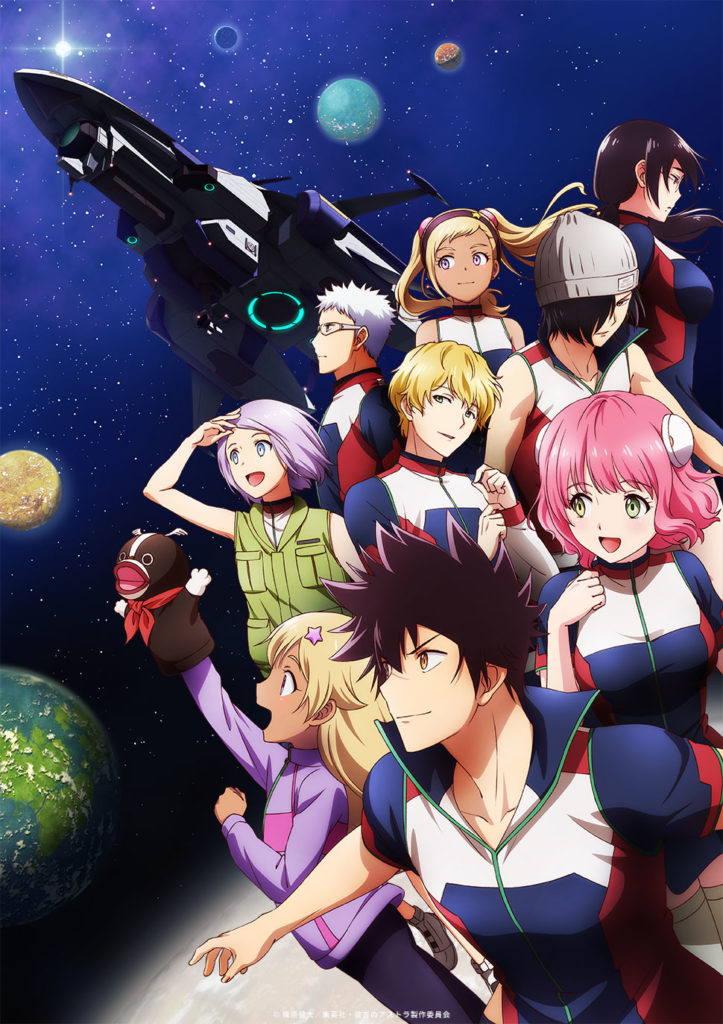 The 2019 summer season is already upon us (where did the time go?) and, as always, with a new season comes a slew of new anime to check out. While there’s a lot of great anime set to air this season – the Dr. STONE anime being one of them – I’d like to take the opportunity to talk a little bit about an anime not enough people seem to be excited about: Astra Lost in Space.

I last talked about Kenta Shinohara’s Astra Lost in Space manga all the way back in March, where I featured it among my list of must-reads via VIZ’s Shonen Jump service. While I did describe a little bit of what makes the manga so compelling in that list, with the new anime on the horizon, those points are definitely worth reiterating and expanding upon, and dissecting what is shaping up to make the anime adaptation in particular so special in turn.

Astra Lost in Space is one of the special types of stories that has the power to grab you from the get-go, thanks to both its initial premise and unusual mystery-science fiction genre mashup.

For those not in the know, Kento Shinohara’s original manga follows a group of high school students in the far future as they go on ‘space camp,’ only to get teleported into deep space by a mysterious portal and be forced to make the perilous journey home across light years using the titular spaceship, Astra.

From the very beginning, it’s quite clear that things aren’t quite what they seem. What was the mysterious portal that transported them into space? Who put it there? Why was there a spaceship conveniently left for them? More importantly, how on earth are they going to make it back?

It’s these key questions and how the series attempts to answer them that sees it deftly weave together the two genres of mystery and science fiction.

Not only are these two genres a rare combination, but I’m glad to say that Kento Shinohara, in the original manga, delivers on this interesting genre premise with style and grace.

Without delving into spoilers (I wouldn’t want to ruin the surprise for anyone waiting for the anime, after all), I can safely say that each one of these key questions is not only answered, but this answer is always reached in a captivating way, with plenty of twists, turns, and character drama en route. 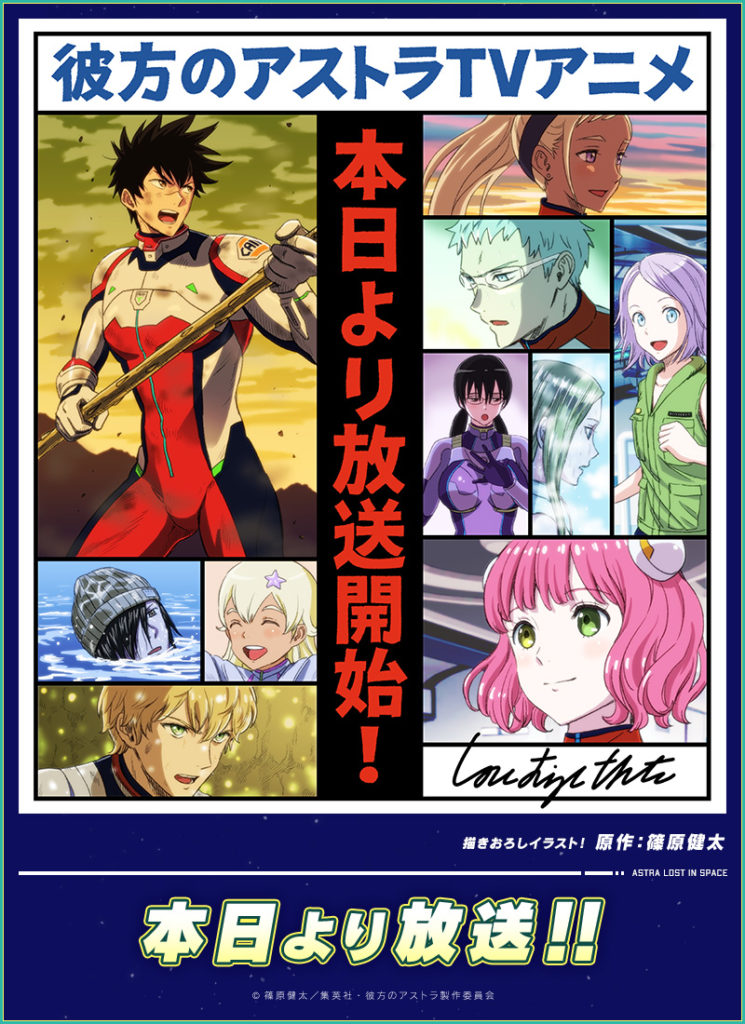 But even if mysteries aren’t really your thing, there’s much, much more that the series has to offer. One other key component of the series is the exploration of its main cast of characters, each of which turns out to be much more than meets the eye.

In a stroke of genius by original author Kento Shinohara, the aforementioned overall mystery does not play out in isolation, but in tandem with the conflicts that bubble up between the main cast of characters.

Not only does this make the mystery much more visceral and impactful, but it also lends itself to an excellent narrative structure that means that the series is always able to deliver its twists and turns in a well-paced, forecasted manner.

Kento Shinohara’s previous experience in writing love comedy SKET Dance is perhaps what pushes him to focus more on smaller character conflicts than the grander mystery most of the time, which ends up paying off in spades.

Shinohara’s love for crafting interesting and well-developed characters is no doubt what also pushes him to give each and every character their share of the spotlight, as the series adopts an arc-based structure that sees a different character given the spotlight as the main cast move from planet to planet.

The result is that almost anyone will be able to find a character they enjoy and relate to within the main cast, especially as the series takes great care to explore the backstory and upbringing of each character in order to flesh them out.

While this structure can feel a little formulaic when consumed in a binge-read, I’m certain that by watching the anime week-by-week, this won’t be the case. That is, of course, provided you don’t wait until it’s over to marathon it, Netflix style.

This is but one of several ways in which I believe the anime adaptation of Astra Lost in Space may turn out to be the definitive way to experience the story.

Handling the Astra Lost in Space anime adaptation over at Studio Lerche is Masaomi Ando, who already proved his mystery chops on the School-Live! (Gakkou Gurashi) back in 2015, which expertly delivered on the original manga’s suspenseful horror-mystery mix with some smart adaptational changes.

I’m also expecting great things from Lerche as a studio with Astra Lost in Space, given that their last adaptation of a Jump manga (Astra was serialized on the online Jump Plus) was the excellent Assassination Classroom, which was so good it literally brought tears to my eyes.

Yet, unlike with Assassination Classroom, we probably won’t have to wait for a full adaptation. The original Astra Lost in Space manga is fairly short, clocking in at only five collected volumes, meaning that 12 episodes with a confirmed one-hour special to start should be more than enough to get us to the end. That should, in turn, do wonders for pacing. 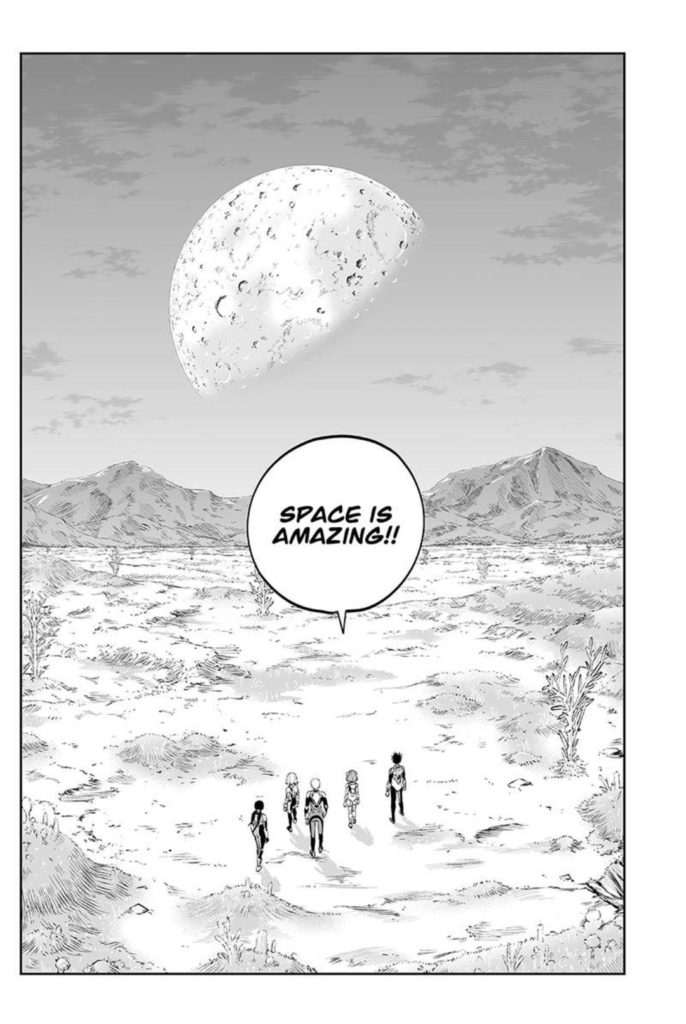 Finally, one of the few downsides to the original Astra Lost in Space manga was Kento Shinohara’s own rather lackluster art, which, while not bad by any stretch of the imagination, did lack flair and creativity when it came to paneling and shot composition.

This couldn’t be more different when it comes to Lerche and Masaomi Ando’s anime adaptation, however. Judging by the anime’s breathtaking first PV, it’s clear that both the studio and the director have a keen eye for cinematic action and dramatic atmosphere.

All of this, combined with the inherent good points of the manga, should hopefully lead to the best possible version of a story that’s already pretty damn compelling and engaging, and I hope you’ll agree with that sentiment, in time.

The first episode of Astra Lost in Space is out now and will be streamed via Funimation. Have you checked it out yet? What did you think? If you’ve read the manga, are you excited to see how the anime adaptation turns out? Let us know via social media or our Discord server, linked below.