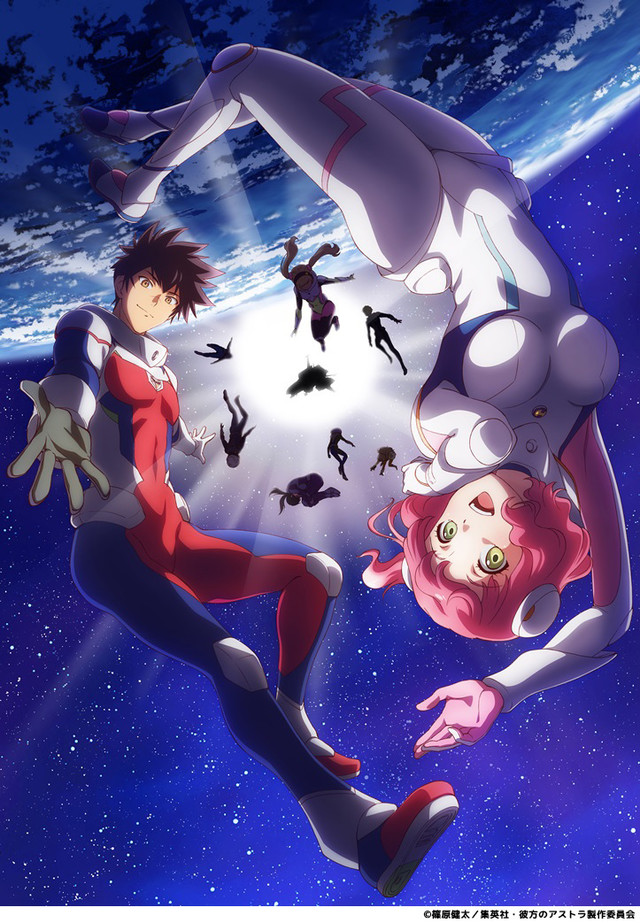 Astra: Lost in Space, the new science fiction survival series from Sket Dance creator Shinohara Kenta, will be getting an anime adaptation sometime this year. The news came from the anime project’s official Twitter account as well as it’s official website, which opened yesterday. Attached to the website is the project’s teaser visual, as well as a note from Shinohara himself: 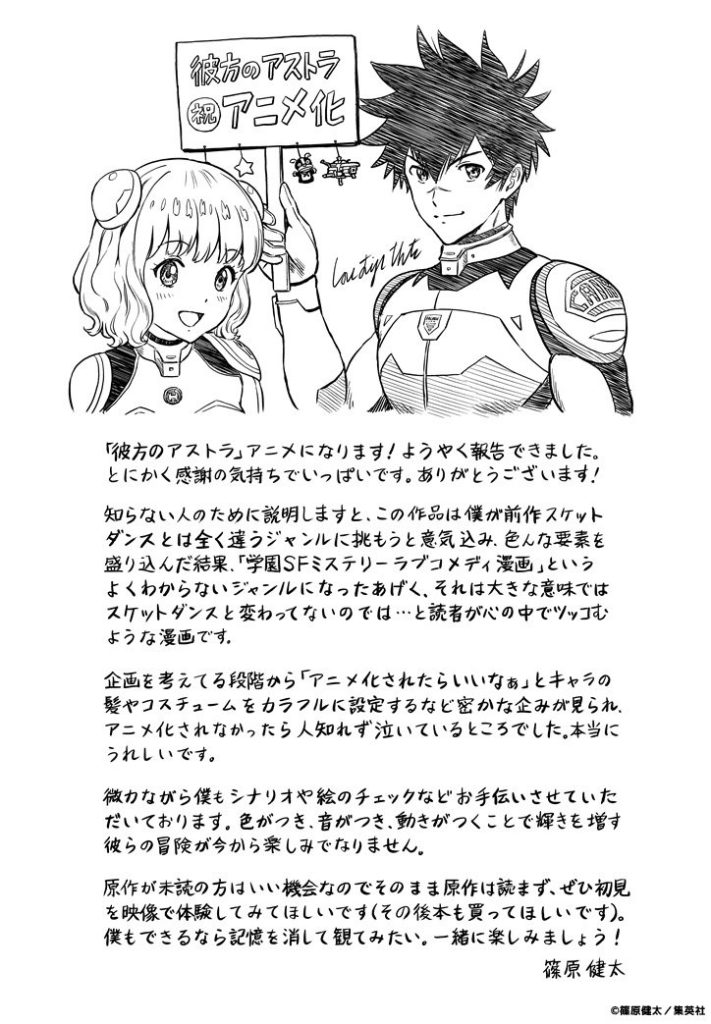 Shinohara states in the note that he has been quite involved in the production so far, helping with the adaptation and character designs. He’s no stranger to the process of adaptation – Sket Dance went through a lengthy adaptation at the hands of Tatsunoko Production all the way back in 2011. Given this, there’s no doubt he’ll bring some much-needed expertise to the table.

Not that the staff list betrays a lack of expertise – far from it. The staff revealed for the adaptation via the official website have more than enough expertise to deliver a great adaptation. Directing the series will be Masaomi Ando, best known for Scum’s Wish and Gakkou Gurashi. Joining him will be the Gakkou Gurashi writer Norimitsu Kaihou, who also writes scripts for the Guilty Gear series. Another Scum’s Wish alumni, Kurosawa Keiko will be joining them as character designer.

Kurosawa also previously worked as animation director on both seasons of Assassination Classroom by Studio Lerche, who will also be serving as the studio for this adaptation. Lerche has been making quite a name for themselves among Jump properties in choosing to adapt more left-field properties such as Assassination Classroom, and their decision to adapt Astra certainly doesn’t betray this trend. The series’ combination of high science fiction along with mystery and slice of life elements have made it an interesting story to see develop, and I’m happy to see it get what is shaping up to be a great adaptation.

No concrete release date was shared for the premiere of the adaptation, but some promotional material has marked out a 2019 premiere. The series is currently serialized in Shueisha’s online magazine Weekly Shonen Jump+, and VIZ is currently translating the series.