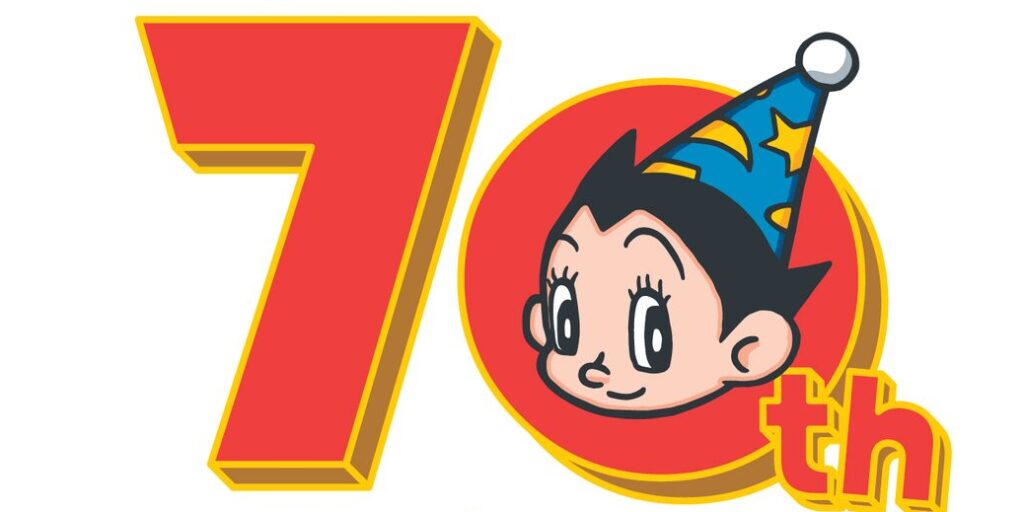 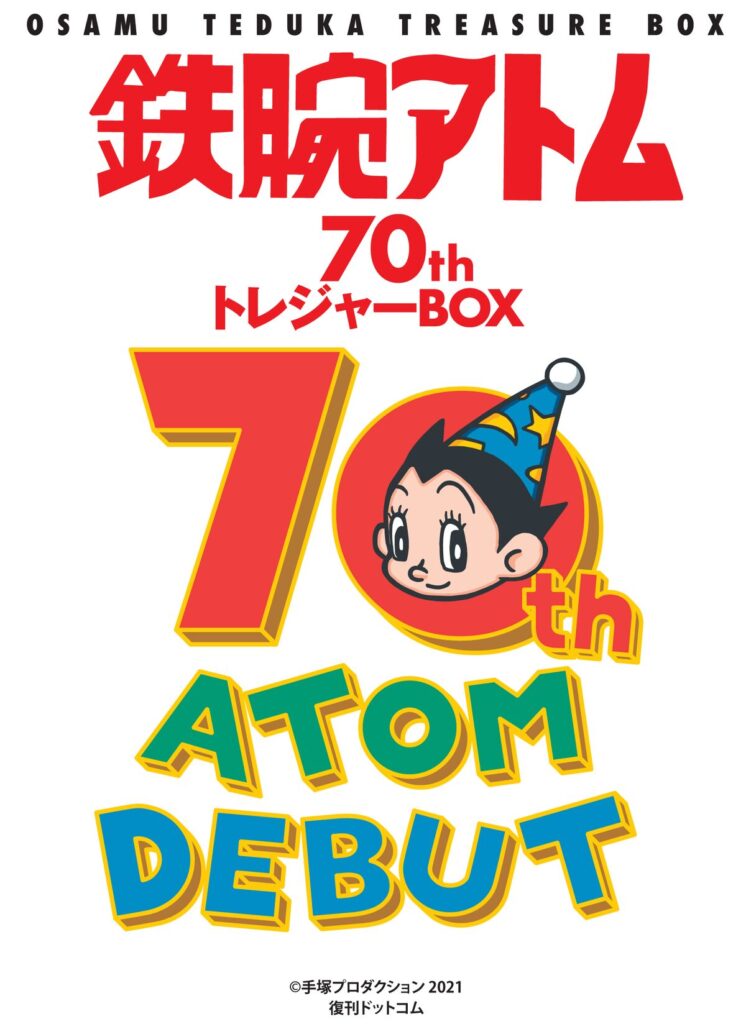 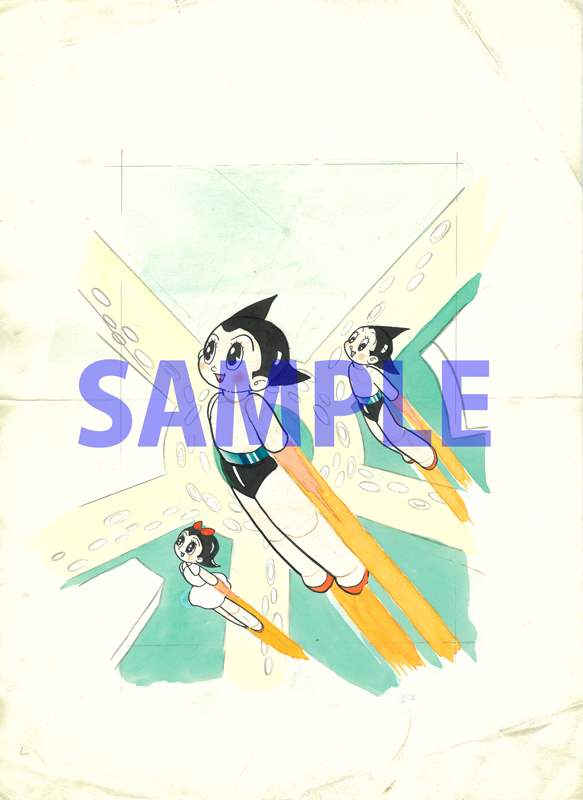 The Treasure Box will come out at the end of July in Japan. It will contain seven items (one for each decade, I suppose). The main one being an 80-page art book that will feature prints of the raw manuscripts for Midoro ga Numa no Maki (The Midoro Swamp), and Uran-chan no Maki, two Astro Boy stories. I’d call them ‘classic stories,’ but that sounds redundant. Everything about Astro Boy is classic by default.

Uran-chan, aka Astro Girl, was Astro Boy’s little sister, which seems to fit with the ‘family time’ theme of the collection. 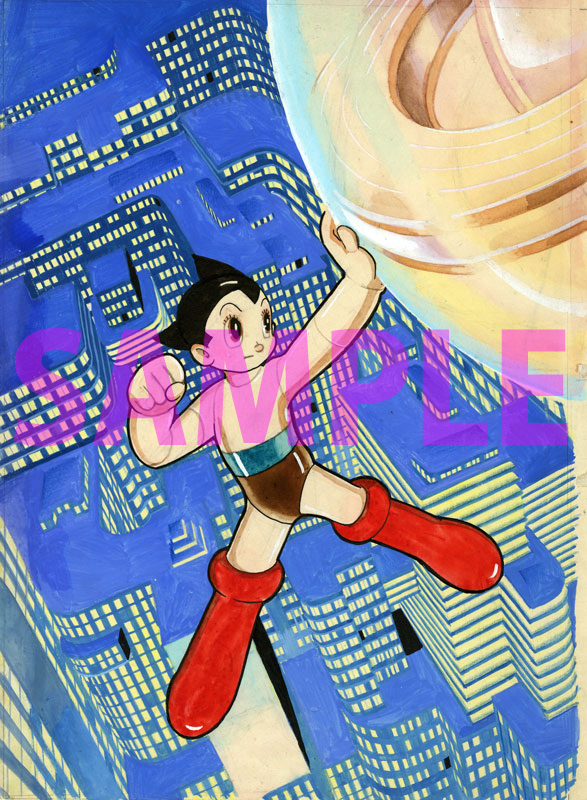 The Midoro Swamp manuscripts will include parts omitted from the original. There will also be full-size color reproductions of Uran-chan no Maki manuscripts, as seen in Monthly Tezuka Magazine Leo (from Mushi Production, Tezuka’s own studio).

The collection will also include a booklet of Chiitan no Maki, a story from the Tetsuwan Atom Club fan club newsletter. Chiitan was Astro Boy’s baby brother. Astro Boy’s first appearance was in the manga story Ambassador Atom/ Captain Atom in 1951. 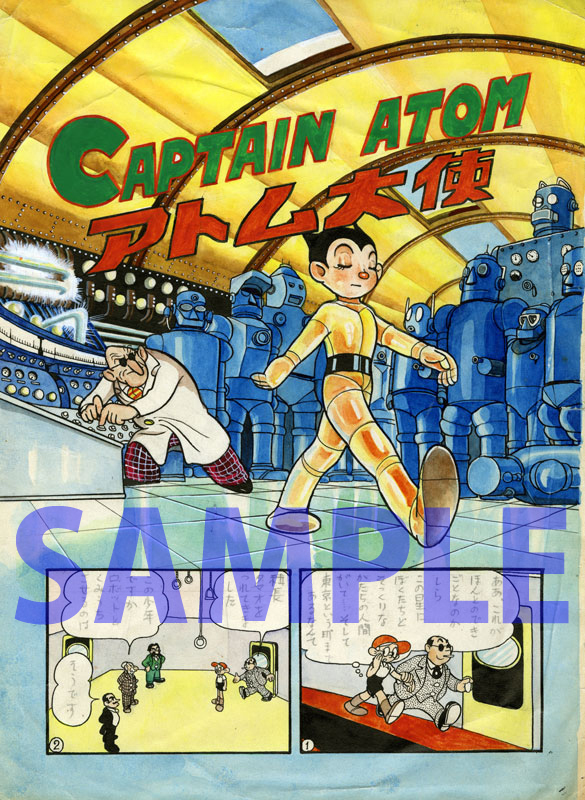 The Treasure Chest will also include a commentary booklet, stickers, and a storage case for the items. It will be put out by Fukkan (literally ‘Reissue’), as seen here, and will also be available at Amazon Japan.

Note: They also appear to have misspelled Tezuka as Teduka, but that’s just the Nihon-shiki romanization variant.

You Need To Know Osamu Tezuka