It’s not often one comes across PC accessories themed after some popular anime titles. Sometimes they’re done really well, sometimes not so much. Take, for instance, the TSUKUMO exclusive Hatsune Miku laptops that were announced a couple of months ago. Those were done quite well, and I dare say that they promote the Miku-aesthetic quite well. Today, ASUS announced that they will be bringing two Gundam WiFi Routers to market next month, and I must say, they’re quite good looking. So good looking, in fact, that I might look into getting one of them since I am in the market for a new router. 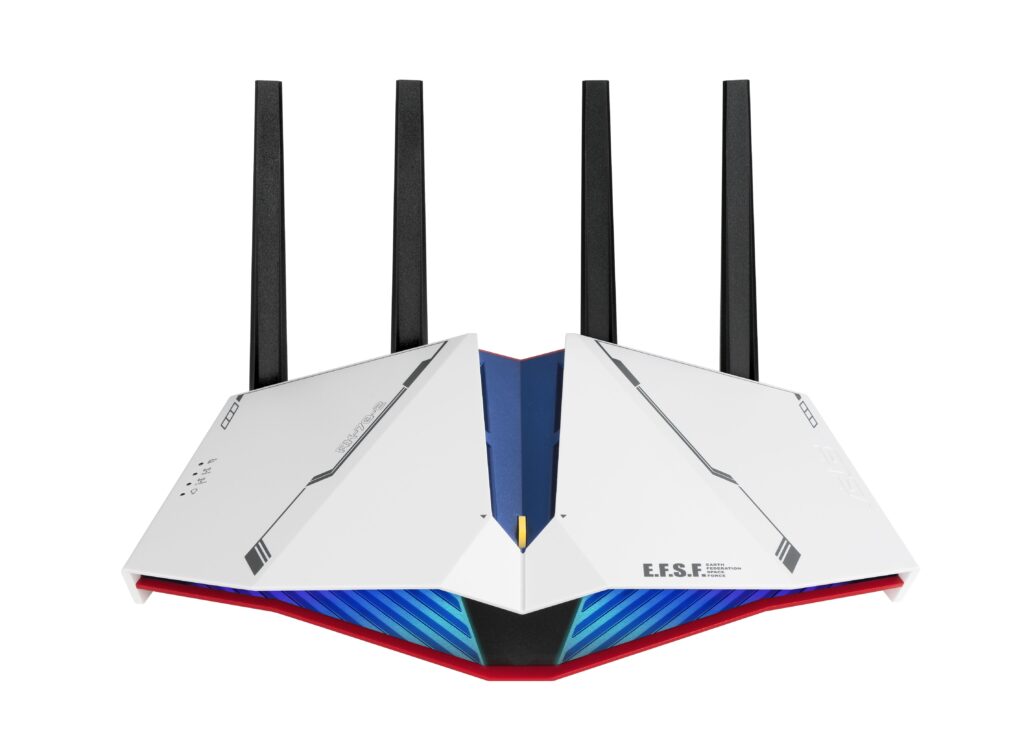 The routers that ASUS announced are going to be coming in two different styles based on Gundam. The first one is based on ZAKU II. It will feature a nice maroon colorway with ZEON branding and the logo in the bottom right corner of the device. The second router is based on the RX-78-2 Gundam model, complete with lighting and design accents to help further push the design collaboration home. Both routers are being touted as ‘mobile gaming’ routers, which I could only assume means that they have a fairly open backend that allows you to customize ports easier and have a faster throughput. 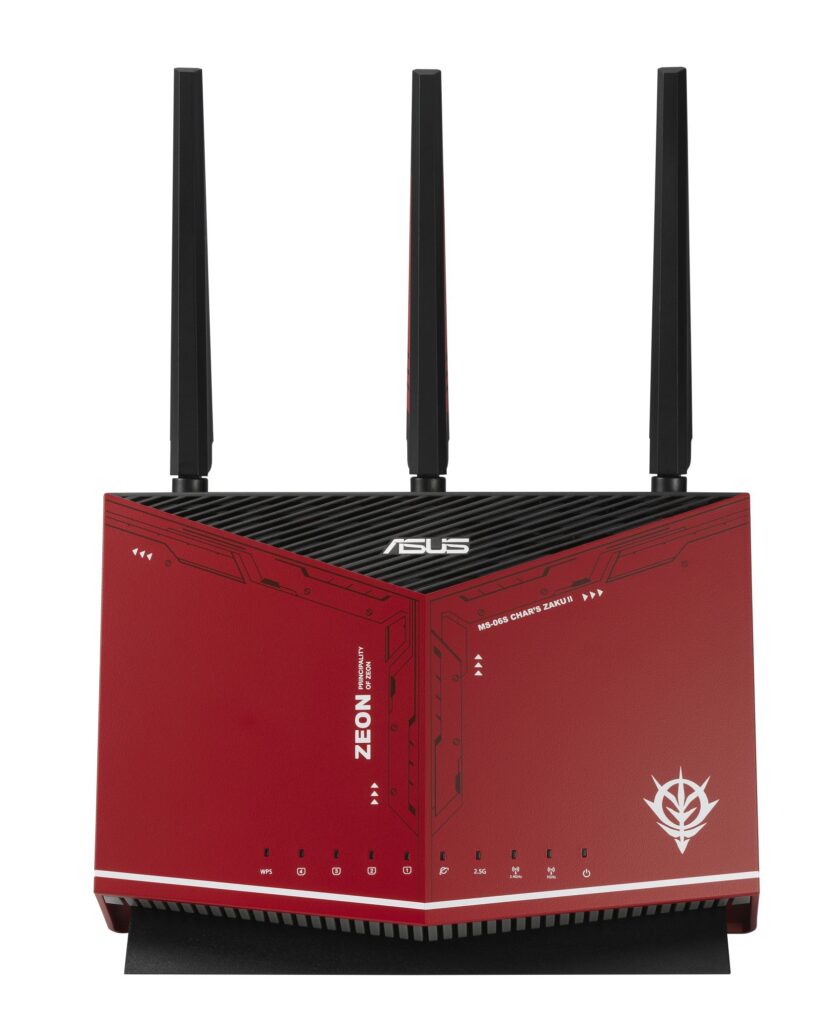 The ZAKU II router is based on the ASUS RT-AX86U model router, and the RX-78-2 Gundam router is based on the ASUS RT-AX82U device. Both routers will come with a plethora of antennas, so you shouldn’t have to worry about coverage in your house or apartment. The routers will go on sale on 5 February 2021 and will be available on the ASUS Japan website. There is also no reason that they wouldn’t work internationally if you’re looking to get one of them, but with all international electronics, no guarantees are possible.