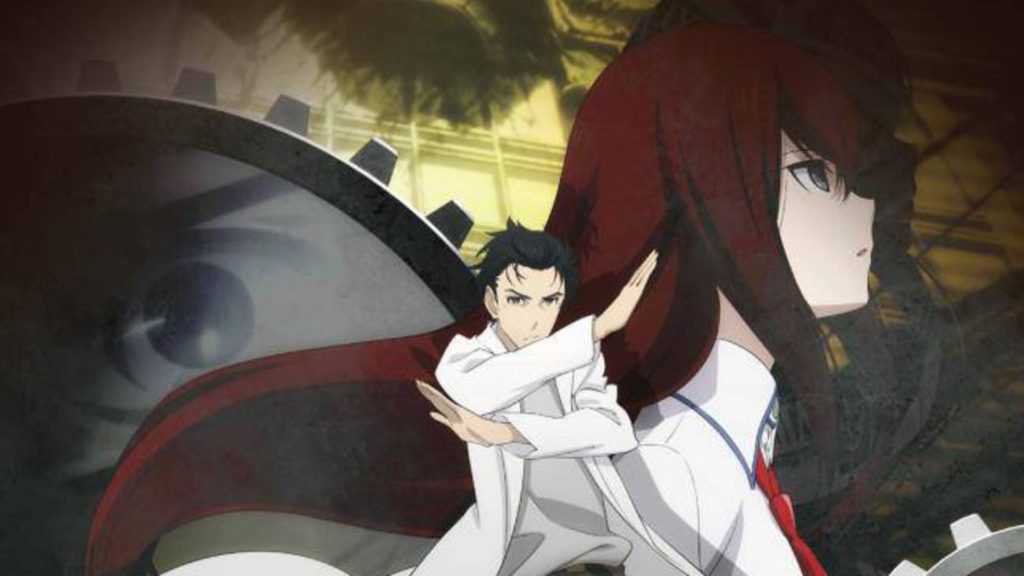 It’s a sight all-too-familiar to visitors of Tokyo’s anime mecca. When you emerge from those ticket gates at the Akihabara Electric Town exit, once you make your way past the pillars plastered with LED screens advertising the latest releases, you see it — the entrance to the enormous atré department store. The building is no stranger to countless anime collaborations, with the next series to grace the hallowed facade of the department store being Steins;Gate, as sort of a double promotion for both the re-release of the original game titled Steins;Gate Elite, and the anime version of Steins;Gate 0. Actually, this isn’t even the first time that the store has played host to Steins;Gate imagery. When the visual novel version of Steins; Gate 0 was released back in 2015, both the station entranceway and the glass walls wrapping around the outside of the station building was decked-out in character designer and artist huke’s beautiful portraits. You can see the photos of that exhibit below! The store’s wall is hardly ever without some sort of anime decoration. This space is super-important and lucrative, as most everyone who utilizes Akihabara Station will see it. In this case, it was Steins;Gate 0 to make use of the space. A true-to-life version of the time machine was even on display!

The atré mascot characters are all sporting some special characters. A bunch of Mad Avians, the lot of them! Of course, you can expect plenty of special and limited time goods as seen in the gallery below. Of special interest is the “Cute Suzuha Eyes Mask”… their words not mine. The collaboration will be running through the end of the month on February 28. Stay tuned for all things Steins;Gate-related, especially as the April air-date for Steins;Gate 0 approaches.