The ‘Attack on Titan’ TV Series is Coming to a Close 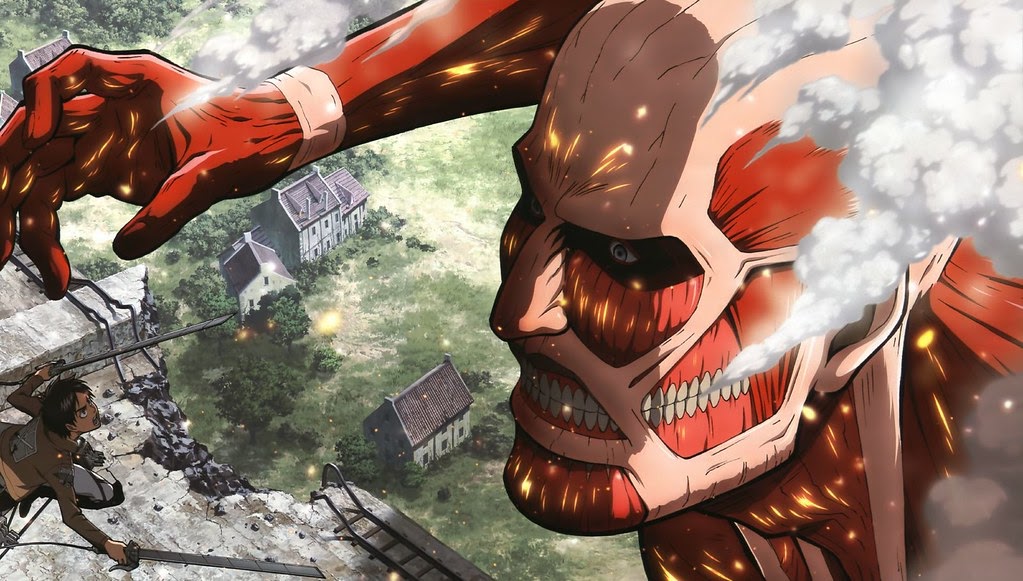 A recap of the popular anime series ending that will end with Season 4.

Before we look at the different seasons of Attack on Titan I need to get a few hyperboles out of my system. Attack on Titan is the greatest manga to anime adaptation of all time. Anime wouldn’t be where it’s at without Attack on Titan. Daenerys wishes she could be as cool as Historia.

All right, now that we have that out of the way. Let’s talk about the upcoming Attack on Titan season. Season 4 will mark the end of the four-season series that changed the scene when it came out in 2013. If you are new to the series, yes it took 7 years to put out 4 series, the show took a long hiatus between seasons 1 and 2. Fans aren’t ready to talk about it.

The final season was set to premiere this fall, but audiences are once more faced with a hiatus. Season 4 of Attack on The Titan has been delayed due to COVID-19. There is no set release date, though it’s hopeful that it could be by December of this year. Attack on Titan really is the Friends of the anime world, they’re always on a break.

This time though, it truly was out of their hands and we are glad they made the safest choice for their team.

In the meantime though, audiences have plenty of time to catch up on Seasons 1-3, whether it’s for the first time or 14th. To help here’s a quick recap of the previous seasons.

**This is chock full of spoilers. Read at your own risk**

Attack on Titan literally came out of the gates running with season one.

The show is set in a world where all of humanity lives behind walls that protect them from bloodthirsty titans. We meet our hero Eren Yeager as he wakes crying from a dream about a titan that crashes through the city walls of his hometown Shiganshina.

Eren and his friend/quasi-sister Mikasa return to their home but run into scouts (a military division that fights titans) returning from a fight. A mother runs to them asking where her son is and they present her with a package that contains “all that’s left of him,” a single arm.

Eren and Mikasa run into their friend Armin, who talks about how there hasn’t been a single breach of the wall that protects them for 100 years. So if you are looking for someone to bring some eerie foreshadowing to your next party, invite Armin.

The titan from Eren’s dream, who is armored and larger than the rest, appears at the city’s gate and crushes it with ease. This allows dozens of Titans to enter the city, eating any human they can spot.

Eren and Mikasa run to find Eren’s mother who is stuck under rubble. Which reminds me of my favorite joke I just made up. How many anime Moms does it take to screw in a light bulb? We don’t know they just keep dying.

In keeping with anime tradition, Eren’s mom dies. But this is no ordinary death. Eren and Mikasa both watch as a Titan lifts her into the air, breaks her back, and then eats her. It was the fridging to end all fridging.

Those still alive in Shiganshina flee to the neighboring city through a gate. Eren, Mikasa, and Armin are reunited and two years later they decide to all sign up to become scouts to fight the titans.

Well, Mikasa really just joins so the other two don’t get killed without her there to protect them. No one is better than AOT Manga author Hajime Isayama at bringing us incredible female characters.

The group trains to become scouts and it surprises no one when Mikasa is a natural and Eren struggles. The only surprise from these episodes is that there’s a full-blown character known as potato girl.

Eventually,  Eren is as good of a fighter as anyone else on the squad. Not good enough to face a Titan though it seems. In episode five it really seemed as if Eren was a goner, after being swallowed by a Titan in an effort to save Armin.

During this dramatic scene, Mikasa is busy saving citizens until learning of the death of her friend Eren. In her grief, she is unable to properly fight a Titan, and she almost gives up. However, another Titan comes to her rescue, and audiences let out a collective WTF (well at least those that hadn’t read the Manga.)

The Titan that saves Mikasa begins to kill other Titans until it collapses, upon collapse Eren rises up, he was the Titan all along. And then yada yada, Eren can shift from human to titan form. While initially terrified, the military decides to use him as an asset. Which is the right move because there’s a new titan in town.

The female titan is a killing machine with hyper-intelligence, she is stronger than Eren in Titan form and almost kills him. However, the team starts to piece together her true identity once she spares Armin. She is none other than their friend and fellow scout Annie, who we barely saw before this major reveal.

Eren and Annie have one last fight as titans. Mikasa, never one to be left behind, is there to help by cutting the female titan’s fingers off. Eren throws the final blow and Annie returns to human form and encases herself in a crystal to save her own life.

The season is a fast-paced joy ride and we couldn’t wait to see what was next. But, we did wait. We waited for four years.

Season 2 originally aired in 2017 and was hyped within an inch of its life. For better or worse, seasons 2 is a much slower-paced season that focuses on secondary characters.

The season really starts with the discovery of a titan in the wall. Everyone seems surprised except Pastor Nick who is like “cool cool cool keep it out of the sunlight”.

The wall is breached by Titans, including a new gnarly beast titan, and we get our first major fight of the season. Which also brings us our first death with Mike Zacharius. Mike’s death scene was gruesome and reminded us all that horse deaths are much harder to cope with than human deaths. However, Mike’s bravery saved the whole team.

Just like season 1 we are treated to a spooky revelation from Armin. He theorizes that the walls that protect them might be made of titan skin.

The season then really becomes a “Who is a Titan” guessing game.

We find out Ymir is a titan when she, along with some help from Captain Levi, saves her friends from the titan attack on the spooky castle they were at.

Directly after this, we find out Krista is a Ti…. Titled Noble. Her real name is revealed as Historia Reiss. The wild reveals don’t end there.

Bertholdt and Reiner admit that they are, in respective order, the colossal titan and armored titan. We also learn that Armin was right and the walls are made of titan skin.

This all comes to a head with one final battle between the scouts and the titans. Everyone we know is invited to the fight, including the titan that killed Eren’s mom in season 1.

Hans rushes to take on the titan that killed Eren’s mother. Eren is unable to transform into a titan and Mikasa is too injured to help. In the end, Hans is killed in a heart-wrenching scene.

Mikasa encourages Eren and he not only is a Titan, but he can now control the other titans. He commands them to kill the titan that kills his mother, before having them turn on Reiner.

The season ends with major questions about the wall and the titans.

Since it’s the newest season, and therefore freshest in our mind, we won’t dive in too deep to season three.  However, there are a few key points to remember as we move into season four.

We learn that Eren became a titan when his father injected him with titan serum. Eren had been repressing this memory, maybe because he ate his father directly after.

Krista also regains memories of a half-sister that was killed by Eren’s father. These two aren’t the only ones struggling with memory. Humanity’s memory had been erased by the founding Titan.

Krista’s father, Rod Reiss, wants her to be injected to become a titan. At the last moment, she refuses and slams the vial of titan serum out of his hand. Rod Reiss licks up the contents and becomes a titan himself, crashing towards the city.

Captain Levi wants Krista to become the rightful queen and overthrow the corrupt government. First, though, they have a titan to kill. After an *explosive* death, Krista reveals herself to the people as Historia Reiss, their new queen.

Kenny is found near death, and with his final words tells Eren he is his uncle and hands him titan serum.

The answers to all of our major questions in the show appear to be hidden in Eren’s dad’s basement.

Before getting to the basement, they treat us to one epic fight. At the end of which Armin is turned into a Titan to keep him from dying.

We finally get to the basement. The team finds three books that have a photograph nestled inside. No one has ever seen a photograph. They learn that the rest of humanity is still alive and doing great.

We really do learn pretty well everything in that basement.

To keep it short the first Titan was formed through a deal with the devil. That titan split into 9 new ones and soon they were a full army. The Eldians that could, fled to an island and built walls to protect them. Those that revolted were thrown over the wall and turned into titans.

All this information is given to the council and Historia wants the people to know the truth.

The team sees the ocean for the first time and is overjoyed, but they realize the actual threat lies beyond that water.

Which is where our heroes left off until Season 4.