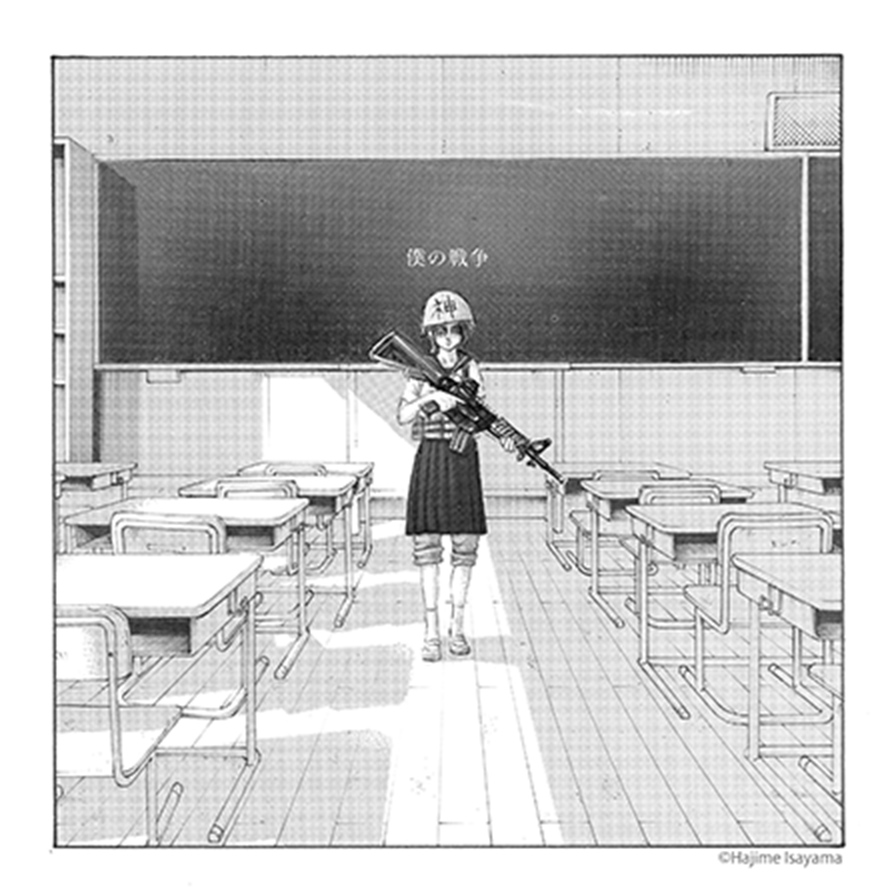 When Attack on Titan: The Final Season began, it brought with it a new anime OP theme song, ‘My War’ by Shinsei Kamattechan. And while it’s not as iconic as Linked Horizon’s ‘Guren no Yumiya’, it’s certainly something:

On Monday, Pony Canyon released the full-size version of ‘My War’ to several online music services, and Attack on Titan manga creator Hajime Isayama drew an illustration for the jacket cover. It doesn’t appear to be from Attack on Titan, unless the final chapter of the manga takes place in a modern Japanese classroom. The cover features a schoolgirl holding an assault rifle, which I suppose could be a metaphor for how young the main characters were in the first season. Or, as some Attack on Titan fans have already pointed out, it could also be a reference to the photo of a classroom on the cover for the ‘TV-size’ version of the theme song.

In any case, Isayama likes the new theme song:

Isayama also created an illustration for Shinsei Kamattechan’s ‘Yuugure no Tori’, the third ending theme for the series. There will be a ‘My War’ release live stream on 5 March. You have to sign up for Perfect Music at Zaiko.

You can find the website, which includes a link to buy and download the song, here. You can catch Attack on Titan on Crunchyroll.