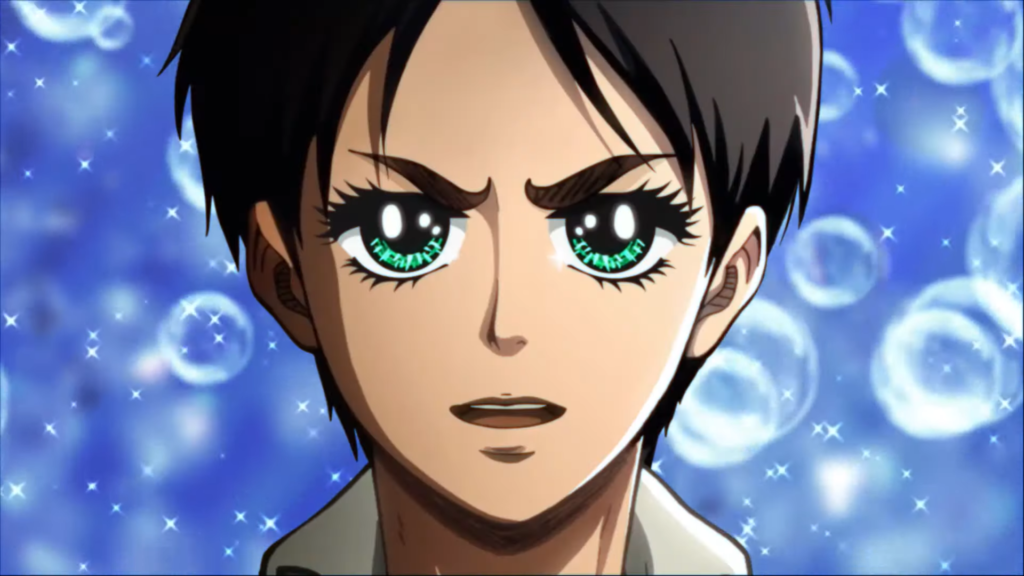 This is a little odd, but Japan does love getting weird and silly sometimes. Especially in commercials. So you know that Attack On Titan thing, right? Remember, that anime with those strange-looking big guys that kept eating people? Was really popular a few years ago and now is finally on its way to finishing up? Jokes aside, even if it’s not the sub-cultural phenomenon it once was, Attack On Titan was one of the biggest anime of the decade and is still popular compared to most shows. So popular in fact, sometimes their cast gets used in IRL advertisements for things like laundry detergent. Or, eye-drops!

If you’ve watched any Attack On Titan, you know it follows the story of a bunch of mostly teen soldiers who have to hunt down these gigantic, creepy titans who keep snacking on everybody. In order to be a good soldier, zipping around town on whatever a ‘3D maneuver gear’ is, you probably need to see clearly. One mistake could mean getting eaten so clear vision is a must for an aspiring titan hunting scout. That’s probably why Eren, Levi, and the Colossal titan have teamed up with Santen Pharmaceuticals to tell you to buy their eye drops.

Joking aside for a second, these commercials are pretty silly and are probably worth the 45 seconds of your life it’ll take to watch them. The appeal of them is getting to see your favorite Attack On Titan characters drawn in a more shoujo style once they apply the eye drops. In addition to these commercials, Santen Pharmaceuticals will be doing a promotional event at the famous Shibuya 109 on August 1 where people can experience the Colossal Titan applying eye-drops in VR. No, that last sentence doesn’t make sense to me either but it should be a pretty fun experience.