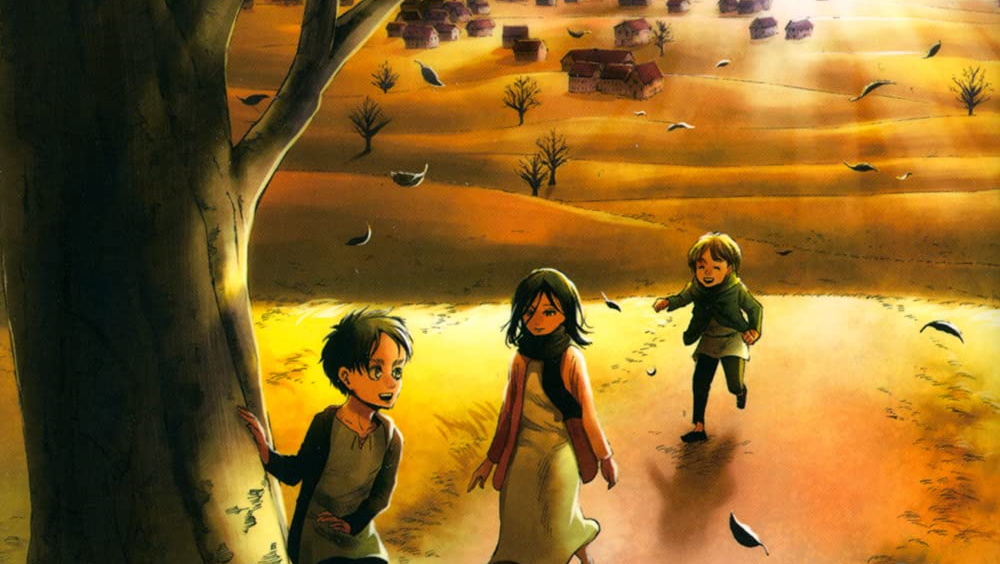 It seems like isekai is everywhere nowadays. Even Attack on Titan can’t escape it: an advertisement for the series’ final volume in the Asahi Shimbun sees Eren go full isekai and reincarnate into another world.

At first, Eren is transported to Japan, but then he gets hit by a truck. He ends up reincarnating again, this time in a video game world, where he’s mocked by some adventurers before showing them his Titan powers and squashing an approaching monster. It’s pretty funny, made even funnier by the fact that Hajime Isayama actually drew this! 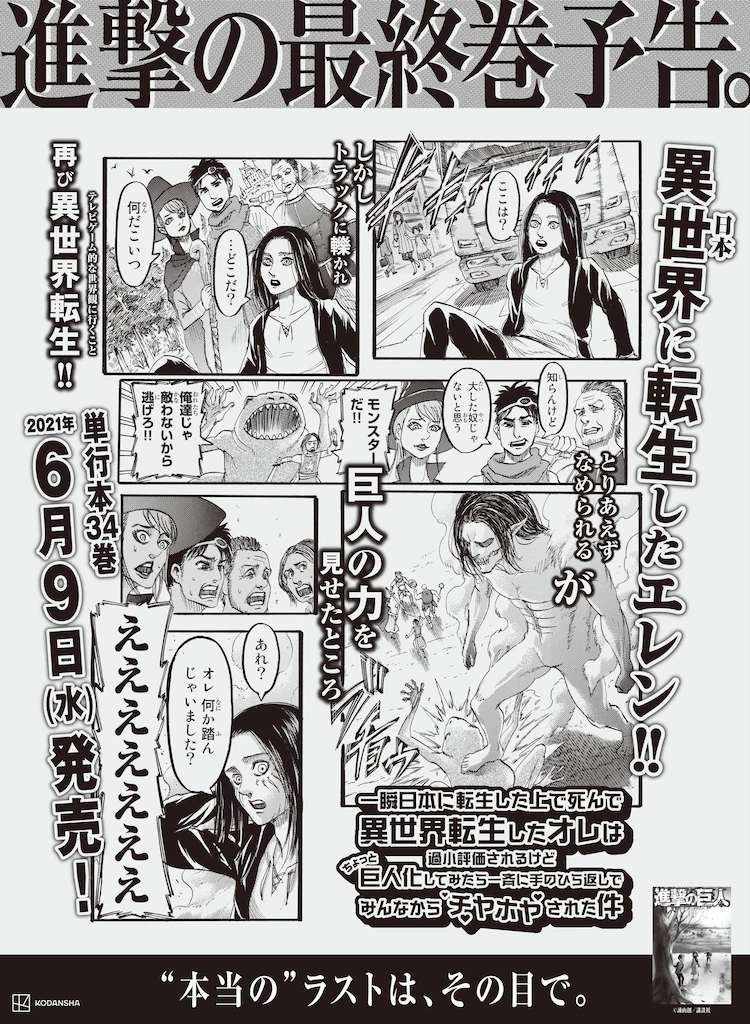 Published under the incredibly long but very apt title ‘That Time I Got Reincarnated in Japan for a Second but Died, After Which I Got Reincarnated in a Fantasy World Where I Was Being Underestimated so I Showed off a Bit of My Titan Powers and Got Everyone to Fawn Over Me,’ this Attack on Titan isekai advertisement comes alongside a whole host of other ventures to promote the series’ final volume. These include a Survey Corps character maker, two special editions, as well as Anique’s online exhibition.

Nevertheless, the fact that Hajime Isayama drew this Attack on Titan isekai advertisement and Kodansha agreed to publish it in one of Japan’s biggest newspapers is bizarre, to say the least. Arguably, it points to one of the series’ surprising strengths: humor, which it always managed to bring in when you least expected it. As a wise man once said: why so serious?

On a final note, Attack on Titan wouldn’t be the first non-isekai series to flirt with the subgenre. Baki the Grappler actually recently did a full isekai spinoff for one of its character, Raiou, and many Weekly Shonen Magazine series did short isekai stories as part of a campaign last October. So, Hajime Isayama is in good company.

The final volume of Attack on Titan is on sale in Japan now.