When the Attack On Titan craze first hit the worldwide scale in 2013, I was a naysayer. Maybe I was just being contrary but at the time I felt like once the novelty of the Titans and the world wore off,  we weren’t left with much. There was some cool fight animation to be sure, but battles would last so many episodes and there wasn’t much characterization given to the majority of the cast. No one was more surprised than me when the second season of Attack On Titan was my favorite anime of 2017. Beautiful animation with a bigger focus on atmosphere and tension than flashy battles, I was super into it.  Kodansha and Wit Studios may have brought back the anime a little too late, it’s still popular but nowhere near where it was in its hey-day partially due to there being 4 years between seasons one and two, but Wit has done a bang-up job with these later installments. Season 3 Part 2, effectively the fourth season, recently wrapped up and it gave fans everything they could want. Spoilers ahead.

The biggest chunk of this season was the battle lead by the beast titan, who I adore as a character, against a giant chunk of the ever-dwindling survey corps member. It took 5 of the series’ short ten episodes to tell, effectively half the show. I complained about the long long battles of season 1 but there were a few key differences. By now, as the series approaches its end game, there’s so much wait to ever action. As less and less people survive and more and more questions get answered, the stakes have become so unbelievably high that you can’t help but be absorbed. You’re just sitting there, watching dozens and dozens of people get crushed to death by flying rocks but they keep charging. Their lives are given away as a distraction, so Levi might succeed in taking out the beast. Hopelessness has always been a central theme in Attack On Titan and this gigantic battle was a moving display of ‘fighting anyway’. So many lives were sacrificed throughout the course of this small war and the squad only accomplishes some of their goals. The episode dealing with the immediate aftermath of the fight was the single best new episode of anime I’ve seen this year. 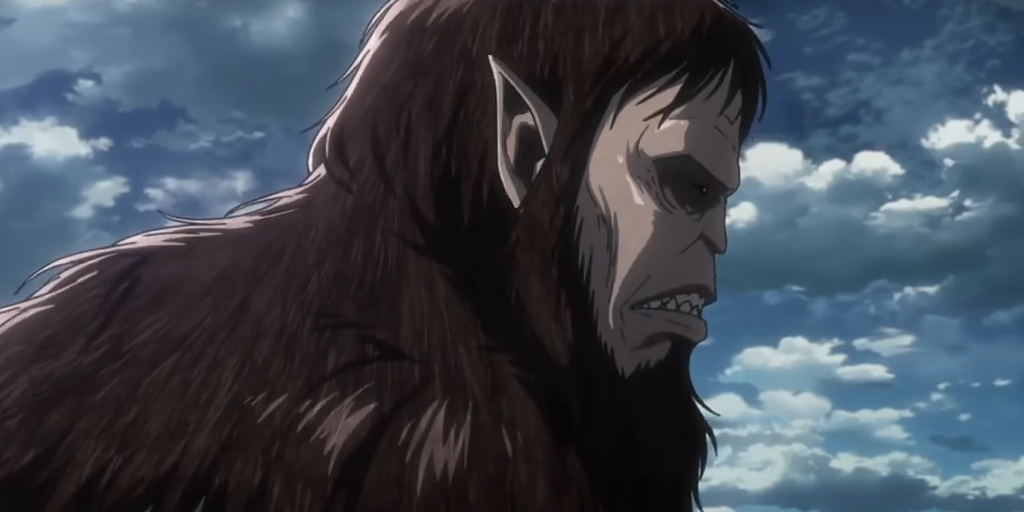 Episode 55, Midnight Sun; A resolution to the first five episodes that comprise the charge against the beast titan. Commander Erwin and the surprisingly tactical Armin are both on the brink of death. Through the power of passing down the colossal titan, and you’ll have to watch Season 3 Part 1 to understand how that works, one life can be saved. Mikasa and Eren want to save the life of their comrade Armin so bad they’re willing to defy their superiors. Conversely, some of the other survivors note that Erwin is the moral backbone of the entire survey corps and his loss would be tantamount to failure. After debate and flashbacks, the choice is left to Levi. He finally got some real characterization when we learned his backstory in Season 3, Part 1 but to me, this episode brought out the most humanity that we’ve ever seen in the character who’s always been the ‘coolest’ in the show. It’s a genuine conundrum with no right answer and seeing Attack On Titan successfully navigate those grounds with grace really stuck with me.

Like a reward for doing well on an exam, after the 6 episode beast titan battle arc, the show delivers what we’ve all been waiting for; Answers. This will only mean something if you’ve kept up with Attack On Titan, but indeed we finally make it into Eren’s basement. No fake outs, no dangling the audience any further. All the answers you could ever want were neatly found inside a drawer in this basement and OH. BOY. You find out where exactly the Titans come from. You find out Grisha’s Yaeger’s past as revolutionary from a faraway land nobody knew for sure existed. There are a lot of small details, and a few flashback episodes dedicated to Eren’s father. As questions are answered, new elements are introduced. Themes of eugenics, which in real life are always bad, and nationalism, also bad, are brought up and put on full ugly display. Attack On Titan and Hajime Isayama have been criticized over the years for holding certain regressive views, but it’s nice to see that at least some of it being questioned by the series itself.

The final episode of Season 3, Part 2 is also incredibly strong. Eren, Mikasa, and the others who went to the basement and obtained the truth report back to people they trust. After, they start to journey, seriously journey, outside of the walls for the first time. They’re not sure what they’ll find; It’s totally uncharted territory for the remnants of humanity who’ve been encased in walls for decades and decades. They find something else new at the end of the episode. Something gigantic, beautiful, majestic. No one had ever seen it but one member had read about it in books since he was a kid and always kept it close to his heart. I’m talking about the Sea, which Armin always dreamed about. The last scene of the show has the surviving members of the survey corp frolicking in the sea. Even Mikasa and Levi let their guard down. It’s possibly the most moving thing they’ve ever seen in their whole lives and yet. Yet! 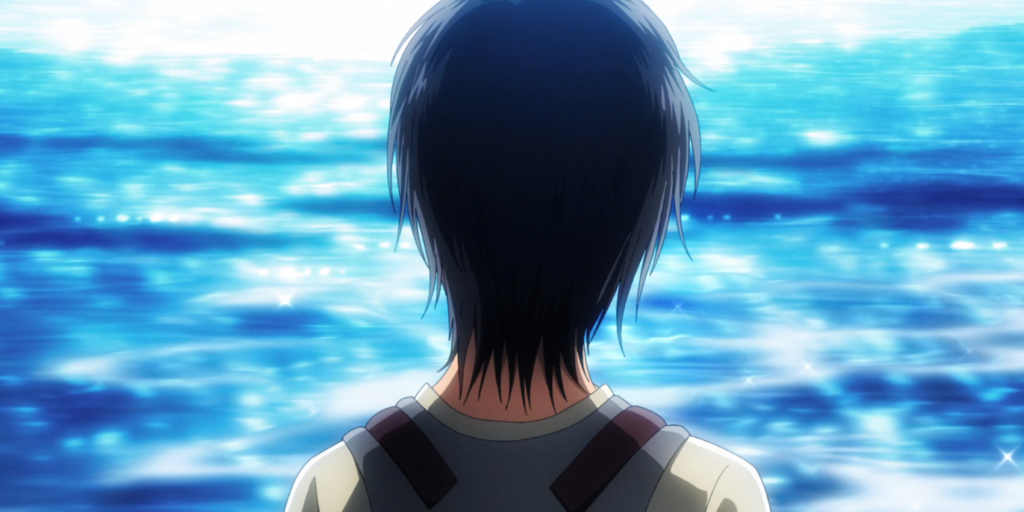 Eren questions everything. For the first time, the characters in Attack On Titan are experiencing a genuine moment of happiness, and hope. But Eren can’t let go for a second and enjoy it. He first-hand knows what’s waiting outside of the walls and across the sea. It wasn’t freedom like every single surviving person has hoped and fought for. It’s more enemies, and this tie the enemies are human. Bittersweet doesn’t even begin to convey the nuanced feeling the last few minutes of the show imparts on the viewer. I can’t wait to see where The Final Season goes. I could read the manga but the anime has been so good the last few years I’d rather wait.

You can watch Attack On Titan Season 3 Part 2 on Crunchyroll and Funimation now. The Final Season will drop next year.