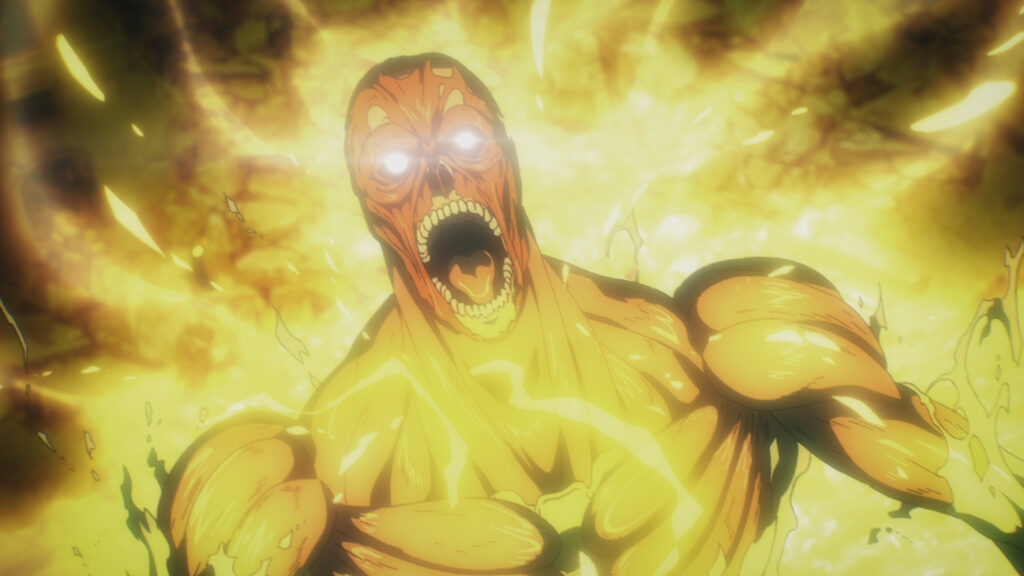 In terms of the trailer itself, it’s most just clips from the series so far set to some epic music and with a bit of flavor text. Undoubtedly, this has mainly been put together for the sake of promotion as the adaptation heads into its final three episodes, but the amount of content left to adapt from the manga makes me seriously doubt that ‘The most titanic anime of a generation ends here.’ Call me crazy if you want.

With this in mind, this ‘season finale’ trailer for Attack on Titan: The Final Season offers us a golden opportunity to think about how and in what form MAPPA’s adaptation will continue past the allotted time frame of sixteen episodes. The obvious answer would be another installment of the anime: Attack on Titan is no stranger to such awkward titles as ‘Season 3 Part 2,’ even if adding a ‘Part 2’ to the end of ‘The Final Season’ would be a bit ironic.

It’s far more likely that both Studio MAPPA and the production committee are eyeing up a theatrical movie to finish the story. There’s absolutely no way that they (and, indeed, the entire anime industry) didn’t watch the record-breaking success of Demon Slayer: Kimetsu no Yaiba The Movie: Mugen Train with great interest as something to be replicated. It wouldn’t surprise me one bit if we saw more anime movies in the future because of this.

Regardless, the ‘season finale’ of Attack on Titan: The Final Season is coming soon, as this trailer says. More specifically, it’s scheduled for 28 March: keep your eye on our site then, as it’s likely that there’ll be some sort of announcement…