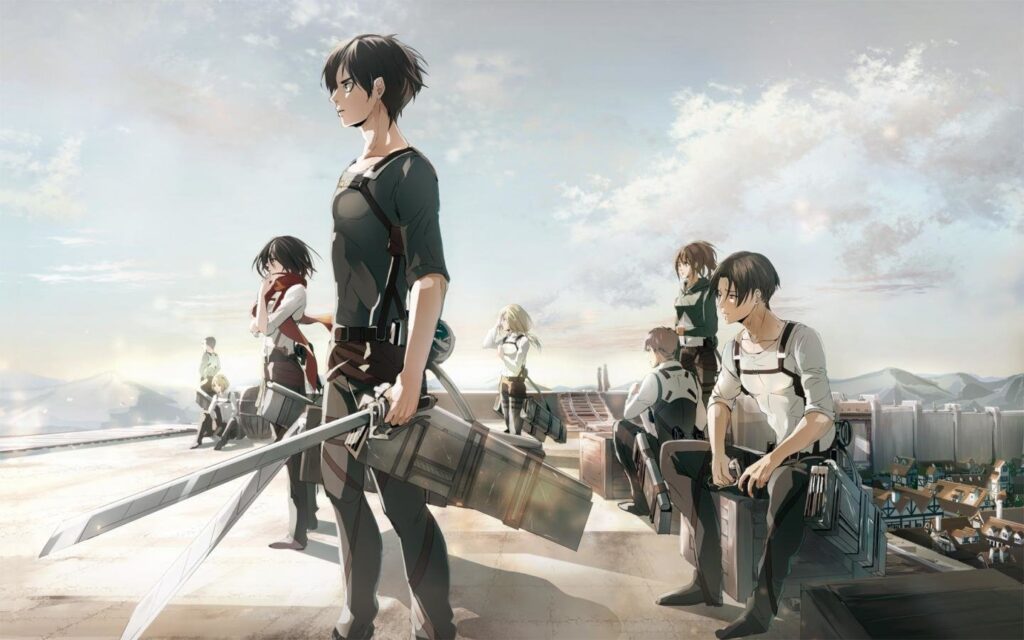 Why Each Attack on Titan Season Is Actually Its Own Show

Attack on Titan is coming to a close. Much as one day the colossal titan peered over Wall Maria, changing everybody’s life forever, Attack On Titan swiftly left its legacy permanent on not just Japanese cartoons but pop-culture worldwide. The manga quickly captivated fans when it hit in 2009, generating more and more hype as its monthly installments hit Shonen Bessatsu Magazine, and by the time season one hit in 2013 the world was ready for it to take over. Despite its overwhelming success on most continents, a rather large four-year gap between season one and season two allowed other shows like One Punch Man and My Hero Academia to fill in that void. As the casual fandom shed itself in that interim, it’s possible only the more die-hard fans in the west have seen the latter Attack on Titan seasons. Sadly, those who dropped off after the initial offering don’t know what they’re missing; Every season works thematically as its own separate must-watch show that then culminates in one of the most ambitious storytelling experiences ever.

Minor, but not major, spoilers ahead.

The original Attack on Titan season is a shonen show. It might hurt some of you to have to admit this but, at heart, Hajime Isayama starts his life’s work out under a very traditional boys fighting comic veneer; Hot-headed teen with a tragic past trains to fight enemies much stronger than him, with some trusty friends and even the cooler, older mentor figure. Heck, just like Kid Goku, Eren’s whole thing is transforming into a giant hideous creature with magnitudes more strength than what he normally has. Isayama’s initial genius, however, was who said enemy was; Instead of fighting a series of increasingly sinister muscle and/or pretty boys, Eren and co have to take on these hideous man-eating creatures shrouded in a mystery that would keep you hooked. Wit Studio brought these titanic battles (ha) to spectacular life, delivering a high octane first season that largely focused on creep culling.

Attack on Titan Season 2: Crawling Underneath the Shonen Skin

To non-manga readers, the story wouldn’t continue for four years. When Attack on Titan Season 2 finally manifested, some audiences moved on. Their loss. Season 2 hurriedly eschewed the series of battles that defined season one, opting to immediately evoke slower atmospheres. The audience could delve into a deeper study of its characters, with their cracking psyches and bubbling contradictions, and allow the great mysteries of the Attack on Titan world to start seeping in. That atmosphere had a palpable horror influence; Something more present in Isayama’s manga in the beginning, but not relied on in Season 1. As if to make up for lost time, Season 2 stews in its tension two-pronged via the very real threat of death, and at terms, a more unnerving fear of the unknown. Hell, even without the changes, the transcendental Shinsei Kamattechan ending theme makes it worth revisiting alone.

Released in two parts spread more than a year apart, Attack on Titan Season 3 could be considered two shows, but for time’s sake we’ll treat it as one. What will be said though is that there’s one episode in its second part that solely revolves one character, making one single decision that is arguably the best in the series, or at least the most emblematic of what the show had evolved into. The show’s mysteries and internal history take major precedents over defeating any individual titan; and it’s a lot. The meta-narrative, rearing its many heads, brings with it political machinations, allusions to race that are a little more nuanced and long game than some tweets have made it out to be, and a lot of plot unfurling. The horror-to-action balance is somewhere in the middle of the first two seasons, but the answering-questions-to-not-answering questions ratio is somehow cranked in both directions harder than ever before.

Attack on Titan: The Final Season. More to Do With Gundam Than You Think.

This is the final season of the series, and at the time of writing it’s the most different Attack On Titan has been ever than Attack On Titan Season 1. After doing tremendous work on three (four) dutiful seasons, Wit Studio tagged on Studio MAPPA to finish the job. From a visual perspective, MAPPA adds a level of intentional grit and dirt to the presentation that very much fits this new season. Additionally, the so-called final season cold opens into an entirely new cast of characters which is obscenely wild and boldly confident for a show on its way out to do. More than that, these new characters are in the middle of wartime with titans. No, we don’t mean they’re at war against titans like Eren and co in season one; we mean they’re fighting in a war using Titans as weapons. Showcasing the horrors of war specifically, much like the Mobile Suit Gundam and Full Metal Jacket before it, Attack On Titan finds yet another way to individualize itself from itself.

Of course, we’re not saying to skip specific seasons of Attack on Titan; The whole is very much important, further enriching each previous Attack on Titan season in retrospect. That whole though is made up through very distinct thematic parts that, while all telling the same sequential narrative, excel so uniquely in each given season of the show that no part of the journey suffers. Attack on Titan never has filler episodes because it’s always doing something new with each return, which has kept the story from having gotten stale. Some have complained they don’t like the political nature the show has grown into, but the seeds for that evolution were locked away in Eren’s Dad’s basement from the very beginning. It might have happened more naturally in the manga, but the series book-ends turn each season into its own complete experience in a way no other long-running anime has ever even attempted, much less pulled off, so successfully.

You can watch Attack on Titan: The Final Season on Crunchyroll now and on Toonami soon.