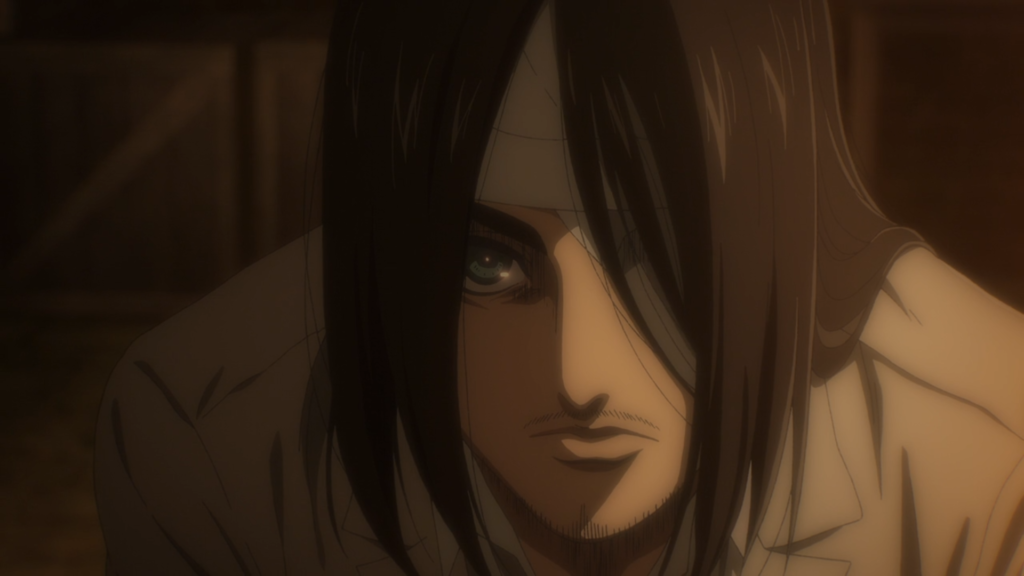 How Attack On Titan: The Final Season Has Benefited From the Studio MAPPA Switch

We’ve just crossed the halfway point of Attack On Titan: The Final Season. One could assume a Final Season Part 2 will be announced sooner rather than later, as the show continues to be a rounding success.

Of course, how couldn’t it, right? Attack on Titan is one of the most successful anime ever, and with the manga about to reach its penultimate chapter, no one would bet against the Titan maintaining high-viewership and generating buzz buzz buzz.

However, two unique late-stage factors figured into The Final Season that could have alienated fans if they were not handled with the utmost care: The arc starting out with an entirely new cast and the announcement that Studio WIT, who earned their reputation with the obscene amount of care they took animating Seasons 1 to 3, would be dropping out and in their stead, Studio MAPPA would finish up the legendary run. The latter was particularly anxiety-inducing at first, but MAPPA brought so much to the table that we’re glad in retrospect.

While you can’t judge a work by its opening, we don’t remember the last time an OP so fittingly introduced each episode of a show. We’ve already discussed how well Shinsei Kamattechan’s ‘War‘ suits the ‘war is hell’ theme of The Final Season, but the animation Studio MAPPA opted to concoct radiates with genius and intention.

Previous Attack on Titan openings featured WIT’s lavish animation and paraded around Eren, Levi, and the others as they ziplined throughout the walls, slicing fresh titan meat in their wake. MAPPA, in their constant struggle to create meaningful work, went for an opening that, aside from the last shot, has nothing visibly to do with Attack on Titan, so much as specifically alluding to the specter of war present in The Final Season.

Hallucinogenic explosions, indiscriminate bodies falling out of the sky, faceless uniformed soldiers goose-stepping with machine-like precision, matched up with that dually chaotic and haunting audio… MAPPA brought art back to anime openings.

If you’ve somehow evaded their game-changing work, a cursory glance through Studio MAPPA’s Wikipedia entry should impart their pedigree onto your soul. Months away from their 10th anniversary, they silently but swiftly grew into one of the most prolific studios currently operating, and without sacrificing any of their artistic vision.

Behind thoughtful originals like Yuri!!! On Ice and Sarazanmai, and making beautiful adaptations that no other studio dare touch likes Banana Fish and Kids on the Slope, MAPPA routinely animates distinct narratives not found elsewhere in anime.

With AOT shedding its shonen skin more and more each season, an increasingly complex and intentionally ugly web originally weaved by the controversial Hajime Isayama revealed itself. The Final Season directly asks viewers what the cost of a life is, mulling on whether ends justify means through war theater, and MAPPA with their years of experience handling genuinely ‘not cute’ stories have perfectly translated the manga’s tension and intrigue to screen. Purposefully unpleasant, who knew not feeling good could feel so damn good.

Attack On Titan is ugly. Attack On Titan is supposed to be ugly, you know… being a show whose gimmick includes grotesque flesh beasts eating upon humans like their Slim Jims. Many have foolhardily called Isayama’s original art bad because it retains a certain roughness, preferring WIT’s pristine made-for-TV touch-ups for each cast.

While admittedly beautiful in motion, an eerie atmosphere, largely present in the manga because of its scratchy quality, was lost in that monumental first season of the show. While still a little cleaner than the manga for animation’s sake, Studio MAPPA’s biggest surface change are their character designs; Muted, de-prettied, and all-around a bit rougher, MAPPA’s choice to take the glamor out of the characters serves to both preserve Hajime Isayama’s original intentions and build that physically thick atmosphere made palpable throughout The Final Season. Believe it or not, the effect of a bunch of pretty boys debating whether genocide’s okay or not would probably be less effective without MAPPA’s war-tattered renditions of Eren and Co.

Okay okay, we know we’re alienating a few of you with this take. Do you remember, though, when the colossal titan showed up in the brilliantly animated Attack On Titan Season 2 looking like some out of place early XBOX 360 CG to everyone’s dismay? The Final Season‘s 3DCG, at least, isn’t quite on that level.

Studio MAPPA’s CG does look barebones, but we’ll argue it moves well. While not pretty, Jaw Titan spidering all around the increasingly blasted city does work in motion better than any of the CG stuff WIT ever did, and that counts for something. MAPPA did a particularly good job with the possibly cenobyte-inspired War Hammer Titan, who looks great in every shot. With The Final Season aiming to be a less than pleasant experience, the CG works to aid that end.

Attack On Titan: The Final Season Wouldn’t Be as Good if MAPPA Didn’t Make It

With each season of Attack on Titan a distinct entity, Studio MAPPA has proved they’re the only ones who could’ve contorted The Final Season into the weekly experience it’s become, ringing your heart through a blender but making you love every minute of it. Sure, it’s not as pretty as the WIT Studio animated seasons, nor is it as fun as it when it was a simple show about monster killing. Studio MAPPA traded in the pleasantries for grit, atmosphere, and a skies’ worth of moral grays, making The Final Season one of the most provoking anime of our modern age. While not their original story, we applaud MAPPA for not shying away from changing up the presentation as needed to make their take as poignant as possible.

You can watch Attack on Titan: The Final Season on Crunchyroll.