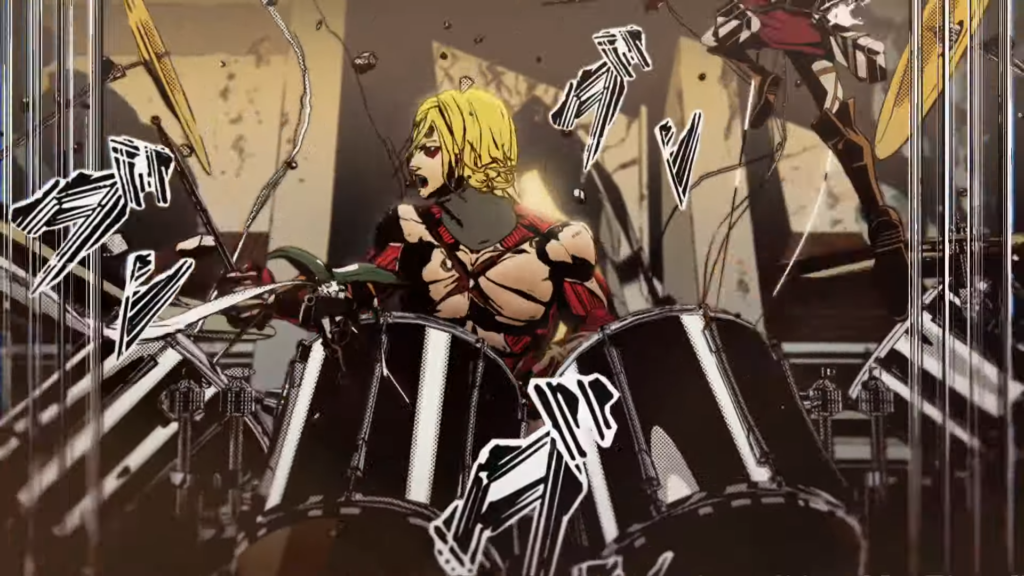 Just in the past few weeks, alone Attack On Titan has been doing a lot of extracurricular work in the food world as it marches towards its anime’s final season and manga’s finale. A month ago, Wonda tapped the series to don their canned coffee found in convenience stores and vending machines all across Japan. Universal Studios Japan just opened an AoT themed restaurant if you want to risk COVID to eat there. Towards the end of July we even got some titan booze. Now to raise the visibility of the Asahi Wonda Coffee Cans, superstar Yoshiki of X Japan fame has been turned into a titan.

Keep in mind this entire commercial is for canned coffee, ok? It starts off with a blonde Yoshiki, who despite being well over fifty doesn’t look a day older than Eren and Mikasa here, standing his ground as a member of the survey core. But Wait! Turns out like Eren he has the power to transform into a gigantic titan, but not a regular titan! No, Titan Yoshiki also materializes a giant drum kit and proceeds to bust out a quick solo before drinking an oversized can of Wonda coffee by Asahi.

You might be thinking that a Yoshiki crossover to promote an entirely different crossover is a little weird. Remember though that Yoshiki, along with L’Arc En Ciel’s Hyde teamed up to do one of the theme songs for Attack On Titan Season 3. Even if he hadn’t, the ubiquitousness of both X Japan and Attack On Titan are comparable, and especially in Japan these types of tie ins just happen. On his end, why not get paid to star in a commercial where you don’t even have to appear on set and get to be a cool ass drum bashing Titan? It’s a win-win for him, Asahi, Hajime Isayama, and us the consumer.