Shueisha is making 325 series and over 560 volumes of manga free to read via various participating online bookstores, as part of the company’s ‘Autumn Manga Festival 2020.’ The event, which takes place every year, is even more attractive in the current situation due to the amount of people stuck at home, as well as the distinct weekly themes and varied line-up on offer.

The first wave of the Autumn Manga Festival 2020 is available now, fronted by such series as Chainsaw Man and Undead Unluck as part of the theme ‘Stars of the next generation.’ This will continue throughout the campaign period, as each week has a distinct theme: others announced beforehand include ‘Have you read it yet? Manga you need to read before the adaptation!’ and ‘Pilgrimage manga: Let’s go on a journey!’. 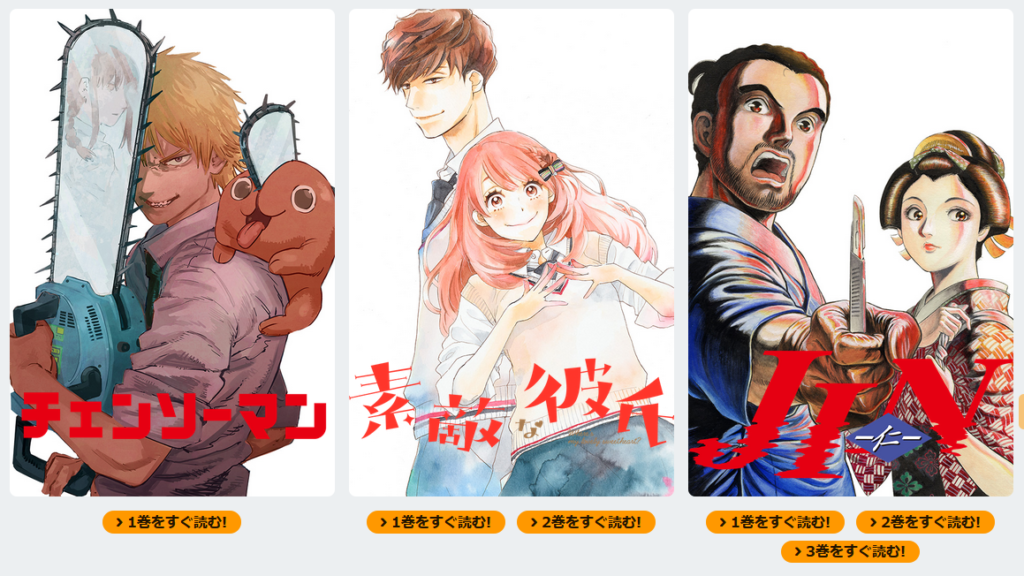 The Autumn Manga Festival 2020 also enjoys an incredibly varied lineup, consisting of most of the manga that you probably have on your plan to read. It’s not just shonen, either: other choices from shojo and josei demographics include Miniamaru Kareshi by Mizuki Hoshino and Suteki na Kareshi by Kazune Kawahara, author of Ore Monogatari!!.

Dr. Quench by Keikou Suzukawa is also one manga from the seinen demographic that I’ve had my eye on for a while now, so I’m planning to dive into that over this weekend.

Obviously, all of the manga available through the Autumn Manga Festival 2020 will be in Japanese, so it will be only of use to those readers who can either speak Japanese or wish to practice. Nevertheless, there are a couple of interesting observations to be made without even engaging with the event itself: the fact that Undead Unluck and Chainsaw Man is leading the charge alongside such series as MASHLE and Mission: Yozakura Family makes it clear that they are the hottest up-and-comers in Weekly Shonen Jump right now, as we have previously reported.

Shueisha’s Autumn Manga Festival 2020 is running now until November 12. Participating bookstores include Shueisha’s own Jump Bookstore and Zebrack, but also other major vendors such as Amazon and Rakuten. Check the official website for more details.