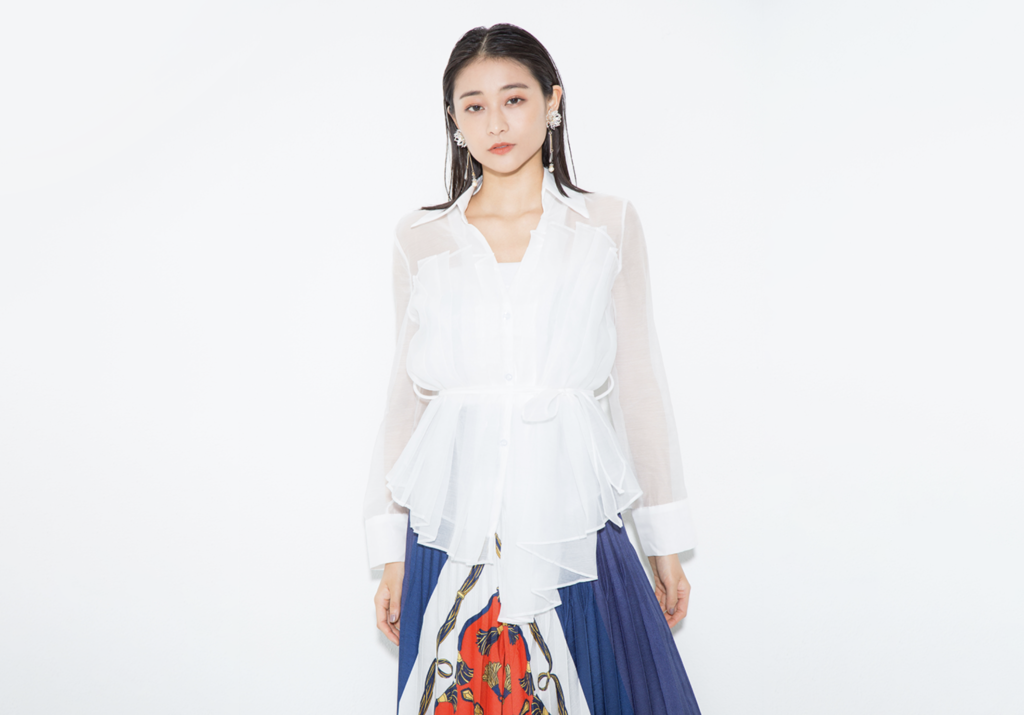 In a recent interview with Tokion, Ayaka Wada, a former Hello! Project idol, has spoken about her activism and social justice work and shared her view on topics such as the necessity for reform within the idol industry, feminism, objectification, and more.

The Japanese entertainment industry has a reputation for being controlling over its talent, restricting their activities and ability to speak out on issues. Part of this understanding is based on fact, with lots of Japanese talent noticeably silent on potentially controversial topics. When discussion involving celebrities or more broadly does occur, it is rarely understood or acknowledged outside of Japan because of language barriers.

Ayaka Wada, the 26-year-old former leader of S/milage (now ANGERME) and former Hello! Project star, shared her views on the industry and the role of women in Japan as she continues to be a rare outspoken voice in Japanese entertainment.

Ayaka Wada has been a vocal critic of Japanese politicians and the idol industry. Just months after her initial departure from Hello! Project and the start of her solo activities, she used her platform to call out the Japanese government on their plan to withhold subsidies to Aichi Triennale 2019, relating to an exhibit that contained works that criticized Japanese actions in World War II. Since then she has spoken publicly on LGBTQ+ issues and the struggles of open expression during an interview with other LGBTQ+ celebrities where she opened up about her sexual preferences.

Ayaka Wada’s interview with Tokion centers on how she became such an activist voice within the entertainment industry, and what inspired her to speak out. The intersection between gender oppression and public expression became clear for her as she matured over her time as part of Hello! Project, having initially joined when she was just 10 years old.

‘When I entered my late teens and started blossoming into a young adult, I think I started increasingly feeling a bit confused about things. Like at one point, I wanted to look more mature, so I started growing out my bangs. Until then, my style was sort of “cute” with straight-across bangs, so there were some negative comments about me suddenly looking more mature. Also, people around me have told me, “You shouldn’t wear dark lipstick because you’re an idol.”’

Working as an idol involves subjugation to the public spotlight and being objectified by the audience. Having control over your own image is a way to control how you are perceived by the public, but the relationship between the viewer and the viewed is in constant conflict: the viewer feels they are ‘owed’ for spending money and time on a performance. Much of this, beyond a transactional idea, leans heavily into concepts related to the role of women in society, where a woman’s traditional role has been to support the man. As a result, the predominantly male audience can skew expectations towards a more objectified image.

While a member of Hello! Project, Ayaka Wada studied art history, and it’s during her studies that she encountered and engaged with many of these ideas, as stated in the interview, ‘I encountered feminism from my art studies when I was learning about the way women are drawn, and I became very aware of it from there.’

Regarding the debate between the viewer and the viewed, she noted of the artwork of Édouard Manet: ‘In art, women are often portrayed as passive… On the other hand, the composition of the portrait of Berthe Morisot by Manet features the woman being painted staring back at the painter, so it’s not as smooth to look at. It’s not just the woman’s gaze; she’s also facing the front, so it gives a strong impression that she’s “facing” the viewer. I learned that’s how compositions of “viewer” vs. “viewed” are created.’

This caused her to question how she was perceived. The often passive, hetero-normative viewpoint of much of idol culture, both visually and musically, intersected with her own confusion on gender and sexuality and her views of female agency that she felt was lacking in Japanese society.

The interview then centered on how all that can change through activism. The idol industry has recently undergone a slow process of transformation and reform, seen by how Denpagumi Inc’s Furukawa Mirin has both married and announced her pregnancy while continuing to work, and by how WACK groups challenge the ‘clean’ image of the idol. Still, even if the image of the idol has changed and fans are more open about supporting idols, the industry is stubbornly archaic.

‘You need to be really brave to speak about social issues. I think that’s exactly why speaking out is one action I can take as someone who has become more aware.’

Between people like Ayaka Wada speaking out, there is growing support among fans for giving idols more agency, even if there are subsets of fans still opposed. Where should the industry go from here? ‘It’d be nice to be able to choose what you wear,’ noted Ayaka. ‘But there are many underage idols, so I think it’d also be irresponsible to leave everything up to them. For example, for gravure idols, if there’s a choice of whether to wear a swimsuit or not, there needs to be an age limit established, and the person can decide once they’re old enough to.’

It’s about respect, something that should seem obvious but isn’t, mainly because of the mass power imbalances that exist within the industry. It’s also about creating an open environment where these topics can be discussed. On the topic of menstruation, the #NoBagForMe campaign has been challenging the idea that sanitary products need their own bags, since they perpetuate the idea that there is shame at what is a natural bodily function. As Ayaka Wada notes in the interview, the first step for change is normalizing conversations about menstruation, female agency, gender equality, and LGBT+ rights.

There are several idols speaking out inside the industry, and many Japanese celebrities are more likely to speak out on political issues than they once were in the past. That can only be a good thing.