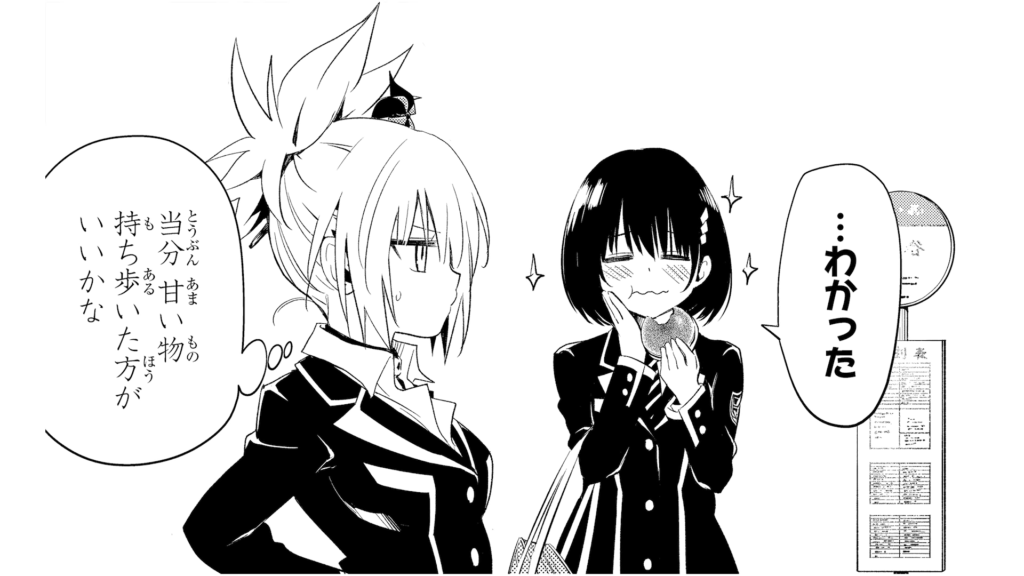 Ever since the official Jump Comics channel unveiled the voice comics project, there’s been a bit of confusion as to what purpose they are meant to serve. Are they supposed to promote new series? Consolidate up-and-coming ones? Give Shueisha a slice of that sweet, sweet AdSense revenue? With Ayakashi Triangle’s voice comic, however, the company’s approach seems a bit clearer: only enlarging the scope when it appears as if there will be a return on investment.

Kentaro Yabuki’s latest series surprised us all when its first volume released, netting numbers close to Tite Kubo’s Burn the Witch and proving a mainstream success. Those numbers have since dropped while Burn the Witch continues to climb, but that’s beside the point; there clearly is an audience out there for Ayakashi Triangle, which is exactly what this voice comic intends to capitalize upon.

What makes this Ayakashi Triangle voice comic interesting is the fact that it is the first to cover multiple chapters. Previous videos, such as the one based on Mission: Yozakura Family, only covered the initial chapter, although it was split into two parts. This Ayakashi Triangle voice comic, however, is set to adapt chapters one, two, and three.

Clearly, this is because Ayakashi Triangle has had one of the biggest debuts among the latest Weekly Shonen Jump series. Otherwise, we would’ve seen this voice comic cover just the first chapter in exactly the same way as Magu-chan: God of Destruction did: it only covered chapter one, presumably because it did not sell as well as Ayakashi Triangle.

With this in mind, what other Weekly Shonen Jump series can we expect to get the multi-chapter voice comic treatment going forward? Probably not Burn the Witch, even though it is popular, as that series already has a more high profile adaptation from Studio Colorido.

How about MASHLE, then? Alongside Ayakashi Triangle, Hajime Komoto’s debut series is one of the strongest Weekly Shonen Jump newcomers. As a result, it wouldn’t surprise me at all if its voice comic covered the first three chapters. Just a thought.