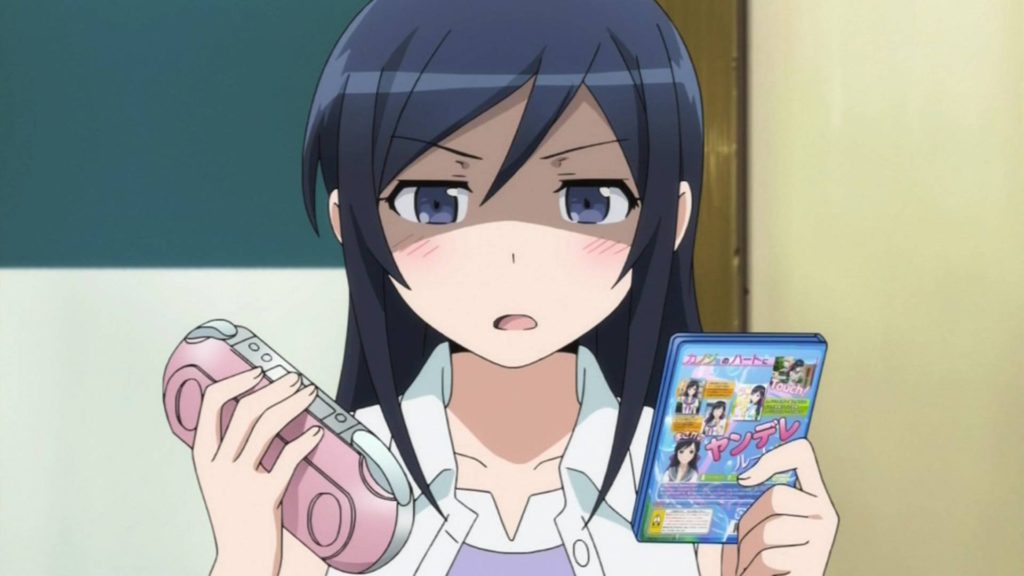 Remember that social experiment Microsoft conducted a year or so ago where it introduced a self-learning AI to Twitter? The one where the AI would develop its own opinions and feelings based on its interactions with various online users? The one that ended with an innocent “teenage girl” expressing some of the most vulgar aspects of the internet? Well, it looks like Ayase Aragaki from ‘Oreimo’ will be getting her own self-learning AI chatbot that works in a similar way. And with how well experiments like this have gone in the past, what could go wrong?

Announced at the stage event for Tsukasa Fushimi’s latest light novel series ‘Eromanga Sensei’, the ‘Ayase Interactive AI-Raising Project’ invites fans to submit and vote on various questions and replies they believe appropriate for the character. From there the AI will develop its own personality based on what was submitted. For example, if there’s an onslaught of people who find peace in Ayase’s joyful side, interactions will be light-hearted and enjoyable. But if people feel the need to, perhaps, bring out her less-friendly side, there’s most definitely going to be some problems; and that’s absolutely terrifying. Also announced at the event was a light novel adaptation of Ayase’s route from the 2011 PlayStation Portable title ‘Ore no Imouto ga Konnani Kawaii Wake ga Nai Portable’. The novel will feature revised scenarios and dialogue, as well as additional scenes. It was also added that, if popularity calls for it, the series will continue onwards. Whilst no further information has been detailed, interested fans can keep an eye on Tsukasa Fushimi’s Blog for future updates.

Into an Abyss: A Disturbed Sister Analyzes the Anime Oreimo and Its Ending