Last week, Kira Kira Media announced that they will be releasing their digital manga platform Azuki on 28 June 2021. Today they shared that they will include some selections from the Kaiten Books library of manga at launch. 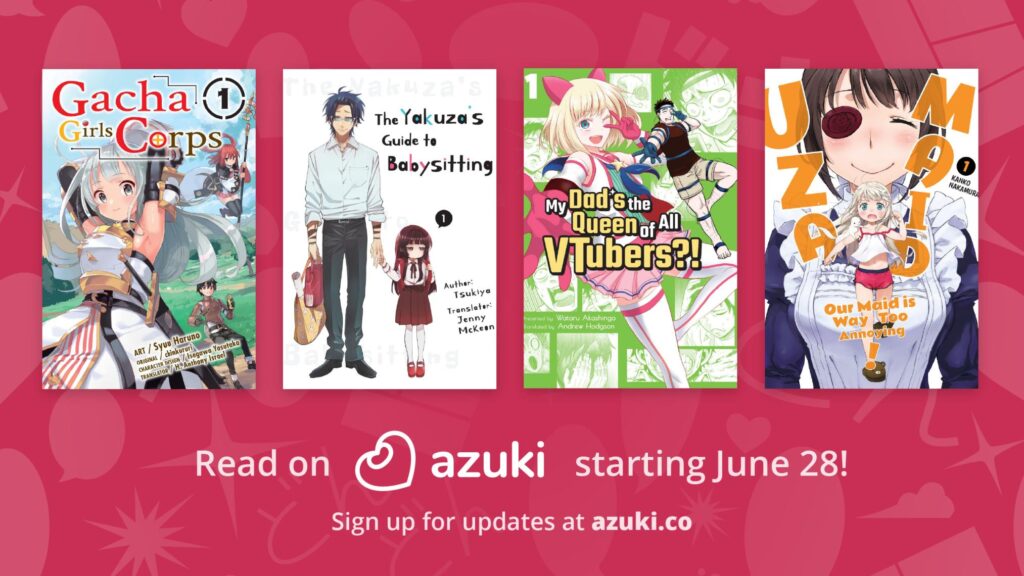 When Azuki launches on Monday, 28 June 2021, the service will offer four of Kaiten Books’ titles: UzaMaid: Our Maid is Way Too Annoying!, Gacha Girls Corps, The Yakuza’s Guide to Babysitting, and Internet darling My Dad’s the Queen of All VTubers?! for all Premium members. Kira Kira Media CEO Abbas Jaffery stated the following about the new partnership:

In less than two years, Kaiten Books has built an impressive and eclectic library of titles. Azuki is all about bringing the best of manga to our readers, and Kaiten’s commitment to variety and unique new titles makes them a perfect partner. We can’t wait for fans to read these series on Azuki!

These new titles are additions to the already expansive lineup of manga that Azuki will be offering digitally when they launch next week. With so many different manga apps available, it’s nice to see companies that are still trying to break new ground and offer fans of manga something new to dig their teeth into.

other Alicia Haddick 55 mins ago