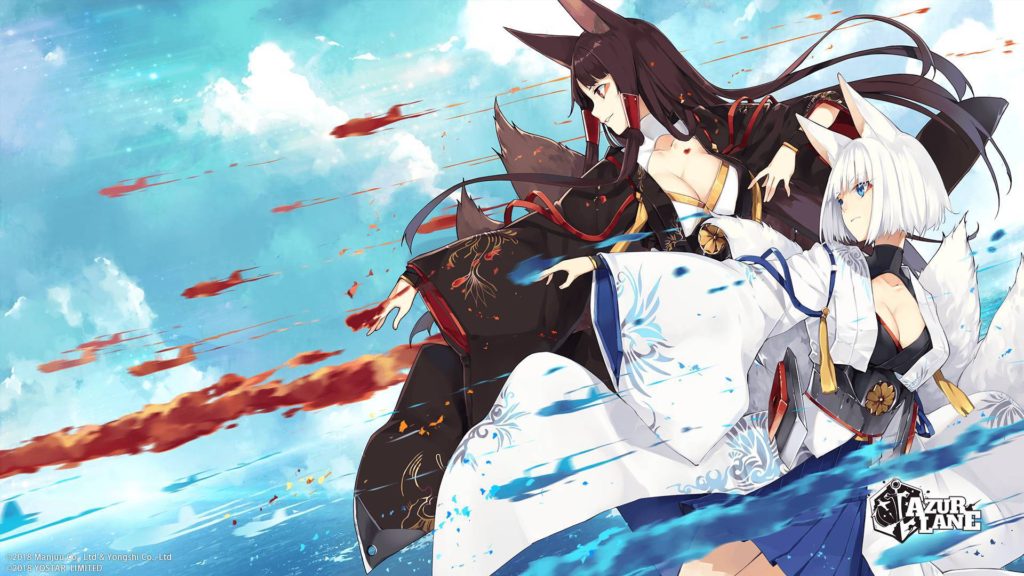 Chances are that if you’re reading this website, you’re already familiar with the smash-hit mobile game Azur Lane that took Japan by storm over the past year. The naval warfare title seemingly came out of nowhere in a field already dominated by other games such as Kantai Collection. Learning from their downfalls and using them as the game’s greatest strengths, the Chinese-developed smartphone game developed a dedicated audience ready worldwide who have remained consistently ready for more.

Released today via the official YouTube channel for Azur Lane, we were finally given our first look at the game’s upcoming English-language release via an all-new trailer. Launched alongside the trailer were some big updates to Azur Lane’s English website, additionally offering us an insight as to the game’s worldview. Those who make their way over to the website will note that pre-registration for the game has launched, with a current release timeframe of later this year.

This is a blue planet, 71% of its surface is covered with water. Humans beings were born in this azure blue sea at the very beginning.

However, as humanity grew, so did their ever-expanding ambitions. Peaceful times gave way to war and devastation. Finally, a mysterious enemy emerged from the sea. In the face of overwhelming hostile forces, all camps were still fighting each other.

The final result was tragic: Humanity lost more than 90% of its control over the sea. People struggled to survive. The fear of the unknown enemy, who drag humanity into the dark abyss of the despair, spread everywhere.

Decades later, in order to recapture the once glorious past, the major camps finally decided to unite and created the Azur Lane – a worldwide military organization.

The purpose of the Azur Lane is to gather technologies and resources, and share them between all major camps in the world, to fight back the mysterious enemy. Now, everyone has the same goal: to construct a new fleet that can compete with the “Sirens” and regain control of the sea.

The release of Azur Lane in English-speaking territories comes after titles such as Fate/Grand Order have continued to find much success in the West. While direct competitors such as Kantai Collection had played it safe in the past, neglecting the opportunity to release their title on smartphone devices or in English-speaking territories, it would appear that Azur Lane continues to use these pitfalls as their greatest selling point.

With pre-registration open now, you can find further information on the upcoming iOS and Android release of Azur Lane via the game’s official website.