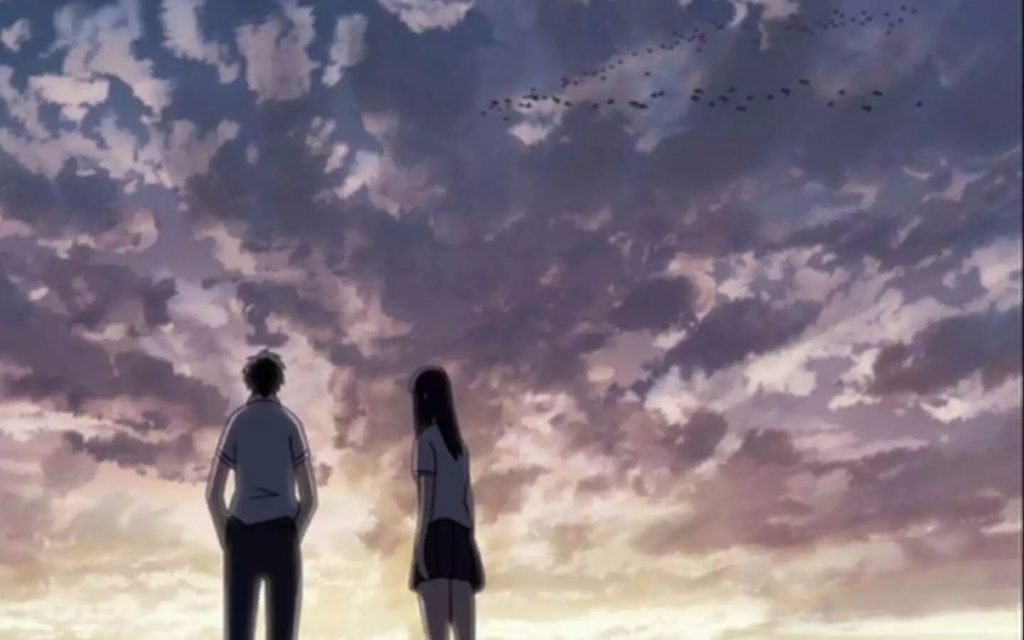 What’s the first show you think of when you see the name Shinichiro Watanabe? Probably it’s Cowboy Bebop, which over 20 years later still enjoys its place in the canon as one of the best anime of all time; The anime you show to people who aren’t into anime, the show that proves its not all just magical girls, giant robots, and muscle idiots with glowing hair shooting energy beams into the sunset. If you’re a more recent fan, maybe you heard all the hype about his most recent series Carole & Tuesday which involved a lot of international talent working on the soundtrack including Flying Lotus and Thundercat. There’s Samurai Champloo, Kids On The Slope, Space Dandy, hell the oldest of heads might remember he was involved with a little known franchise. called Macross with the Macross Plus OVA. In the conversations people have about Watanabe, often correctly naming him as one of anime’s all-time best directors, a lot of great names get thrown around. However there’s one work of his not enough people have seen, largely due to the fact that until recently it was very inaccessible. I’m talking about his incredible Genius Party short Baby Blue. 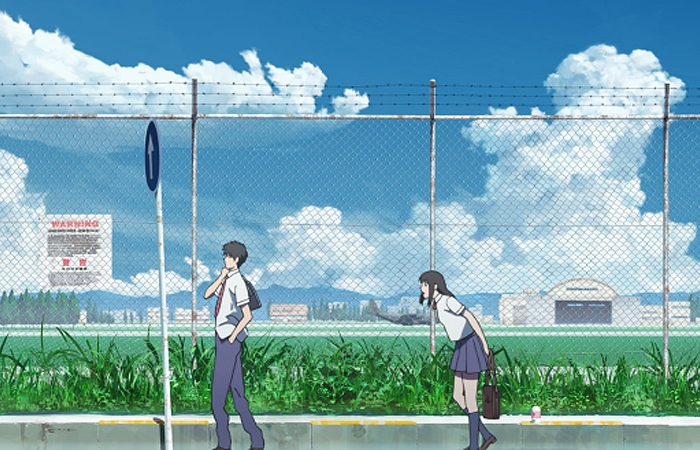 What’s Genius Party though? It’s a bit of nearly forgotten anime history that, while originally coming out in 2007, only got it’s first western physical release last month. In short, Genius Party and Genius Party Beyond were a collection of 12 anime shorts divided into two feature-length films by extremely prominent directors like Devilman Crybaby’s Masaaki Yuasa and Macross creator Shoji Kawamori, in addition to Shinichiro Watanabe himself. Helmed at Studio 4°C, known for artistic titles like Tekkonkinkreet and this year’s Children Of The Sea, these creators got to do whatever they wanted. Not every piece in the collection is as good as the next in retrospect but the whole thing was an ambitious project from start to finish absolutely worth the time of anyone who’s a fan of animation. Aside from a brief stint where it was available on Netflix, until now audiences didn’t have a chance to be exposed to the magic.

While many of these shorts are great, I’d go as far as to say that Watanabe’s Baby Blue is the crowning achievement of the whole thing. When I first wrote about GKIDS doing the anime world a service and finally putting out Genius Party and Genius Party Beyond, I said Shinichiro Watanabe’s short as a work that was ‘beating Makoto Shinkai’ at his own game. Of course when it was first released Shinkai only had three major works under his belt, 5cm Per Second being the most notable of these, and was still about a decade out from the Your Name. phenomenon. Still, instead of indulging in his loves for western music and foreign cinema, the creative well that Cowboy Bebop, Samurai Champloo, and Carole & Tuesday sprung out of, he made something a lot more, well, anime! I promise that’s not an insult.

At its core, the 15 or so minute Baby Blue is a melancholic high school love story that, spoilers, comes complete with a bittersweet ending that’s as moving as it is infuriating. I’ll maintain that all these years later in the short 15-minute runtime Shinichiro Watanabe fully accomplished what Makoto Shinkai has strived to with every single one of his films, not counting the weird Ghibli inspired Children Who Chase Lost Voices. I’d like to be clear; I don’t think Shinichiro Watanabe was trying to rip off or challenge Makoto Shinkai. For all I know he may not have seen his films at that point as Shinkai wasn’t a household name among anime fans yet. While 5cm Per Second had been released by the time Genius Party came out, Baby Blue was probably already in production when it did and that’s Shinkai’s film it shares the most similarity with. Enough with the probably unnecessary but unfortunately unavoidable comparison, let’s talk about the short itself. 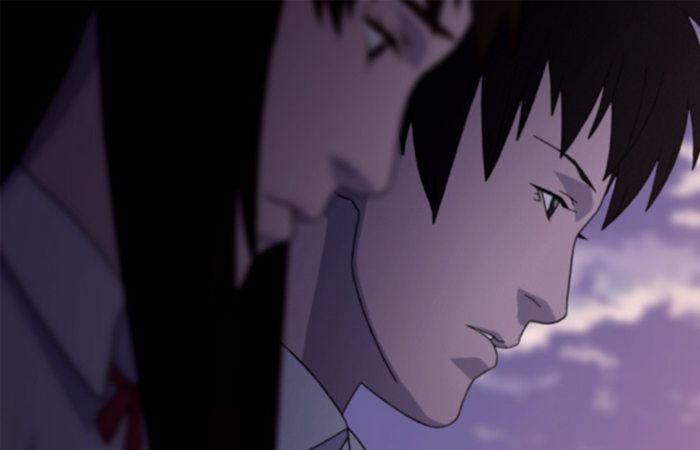 The short film centers around a couple of students who for just one day decide to forget about everything and with this grand philosophical justification do what no student ever should; Play hooky. Yes! These teens are cutting class to have a single day to themselves where they can do whatever they want. The boy’s about to move to a different town and they want to make one last memory. They visit the beach and have a simultaneously muted yet melodramatic conversation, bike away from a cop, and stay out real late. Truly, Baby Blue presents the teen dream of what a perfect day would be like where only you and the person you cherish matter. Unfortunately, like you know it would be from the start, it’s a fleeting moment in time and when it’s gone it’s gone.

Like many great anime films, Baby Blue’s most iconic scene is its climax; When Watanabe confesses to the audience that in those fleeting moments love was real and reciprocated. This isn’t achieved through some poignant heartbreaking dialogue nor does the short blow its budget on one extra gorgeously animated scene. Instead, it pulls an Evangelion and in its final moments, it makes the most out of limited animation to create its most unforgettable scene. For about a minute or so in the movie, the animation slows down to about three or four frames per second that basically amounts to a series of snapshots in succession. Watanabe cleverly employees blurring and other motion simulating techniques to really stretch out what, in the world of Baby Blue, only lasts a few seconds. That’s its ultimate genius;  By slowing down time and only showing you flashes of what happened, Shinichiro Watanabe stretches cumulative moment out and leaves you to stew in it. 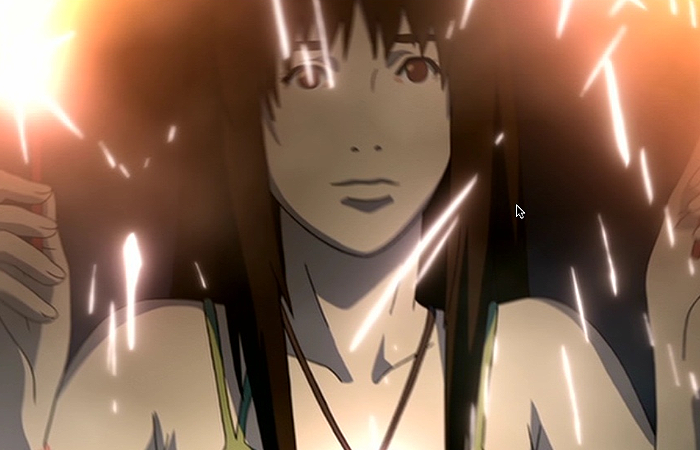 I first watched Baby Blue in 2010 or so when someone who was even more in the know than I was sat me down and forced me to watch it. Since it wasn’t legally available at the time, I can neither confirm nor deny how I watched it. A decade later though it’s stuck with me more than maybe any other short anime. As someone who was always lukewarm about Shinkai, Baby Blue succeeded in turning me a blubbering mess. It gives you the melancholia he goes for without the indulgence that goes with it. Watanabe being a masterclass director knows exactly how to tout that line; There’s the sentimental nonsense to make your heart ache but not enough to make you feel like you’re watching a daytime soap opera. Watanabe hasn’t directly tackled Romance quite so strongly in any of his other major pieces and that too makes it worth that watch. More people really do need to see this one, and now you can.

You can’t really blame people for leaving it out of the discussions, as it’s both a short and was wildly unavailable. While it’s more limited in scope due to it’s only being a 15-minute excursion, it really does rival in quality with the best of Shinichiro Watanabe’s works. Now that you can buy Genius Party without having to resort to importing it from Japan, you have your shot. In fact, if you do go ahead and buy this it becomes your civic duty to show Baby Blue to as many people as you can. It’s a short that, like Cowboy Bebop, both anime die-hards and those who don’t really watch much anime will adore. Liked 5cm Per Second and Your Name.? You’re missing out on something that, at the very least, is equally as impactful as those work in a fraction of the time! There’s nothing else in Watanabe’s catalog quite like this and if that’s not reason enough to go and watch this, the fact that’s it’s one of the best ways you can spend 15 minutes should be.

Shinichiro Watanabe’s Baby Blue is available as part of the Genius Party collection on Blu Ray via GKIDS now.