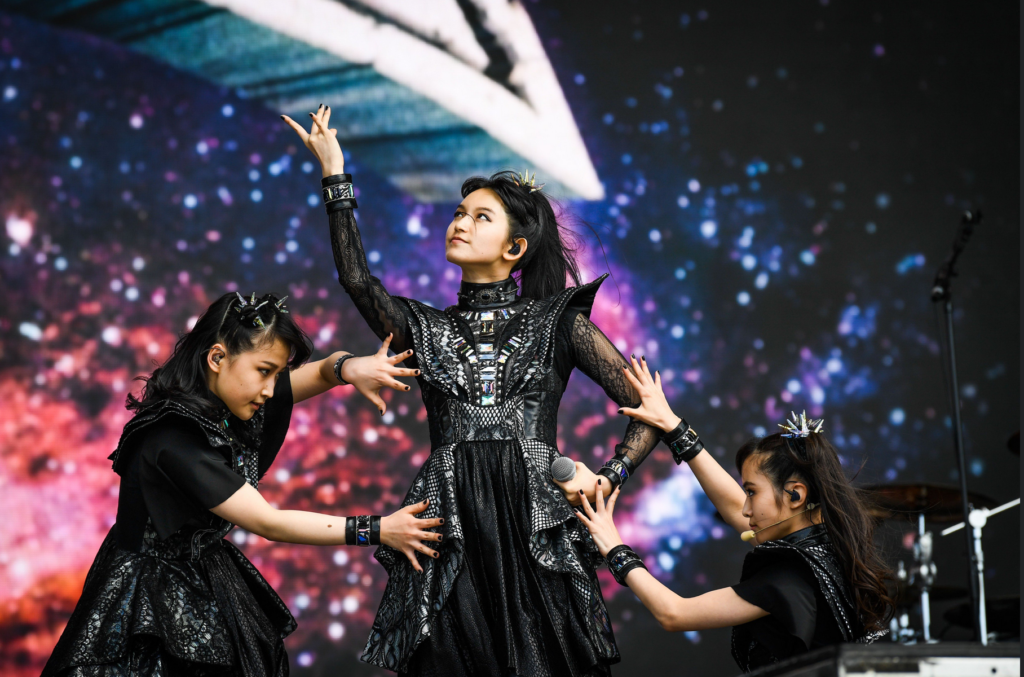 Let’s begin with the most important development in the BABYMETAL universe. The duo played England’s Glastonbury Festival over the weekend, and snapped a photo with current American pop sensation Billie Eilish while out in Somerset. Check out the moment they met below.

The real headline for the idol-meets-metal project is that this recent festival gig stands as their biggest yet, a reminder that BABYMETAL has established a strong following that has stuck with them since going viral all the way back in 2014. The set itself saw the duo of Suzuka Nakamoto (Su-Metal) and Moa Kikuchi (Moametal) joined by former Morning Musume member Sayashi Riho, who also joined them at a recent solo show in Japan. It isn’t known if she is the permanent replacement for Yui Mizuno (Yuimetal), who left the group for health reasons in 2017, but only the original two performers appeared in an interview with the NME.

This all culminated in the announcement of a new album, Metal Galaxy, out on October 11 and the release of a video for new song “PA PA YA!!” Watch that below.

The song follows a familiar formula for BABYMETAL, chugging along thanks to forceful playing from their backing band (not to spend too much time on a known point, but what separates BABYMETAL from the sea of “heavy” idols out there is they actually splurged on a band full of Japanese metal pros) and a pop sensibility cutting through all the growled lyrics. The one new addition is Thai guest rapper F.HERO, who comes in and drops a verse late in the song. That’s an interesting little wrinkle, and probably a smart business move for the Asian market.

If the above clip isn’t enough for you, watch them perform the song at Glastonbury below.