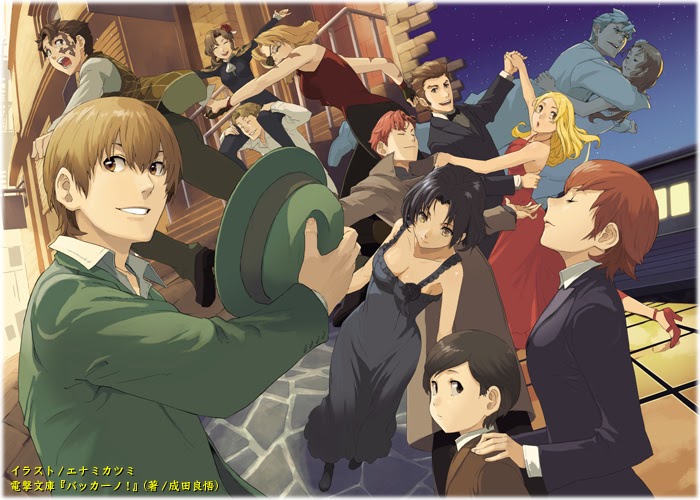 Baccano! (バッカーノ) is an intense series. Gory, violent, and a little bit crazy, it’s not for the faint-hearted. “Baccano” itself literally translates to “ruckus” in Italian. But for anyone willing to push past that, the writing and storytelling is unsurpassed. It’s a series that can be watched again and again, and it has the fanbase to prove it.

Baccano! can also be difficult to get into, though, especially if you’re watching it for the first time. So if you’re considering watching it, or if you just need a refresher on the series, here is everything you need to know about the brilliance of Baccano!

How The Anime Organized The Story Of Baccano!

Normally, we would first jump into the plot of Baccano! But before that can happen, it’s important to discuss the way the story is told.

Most anime are told in chronological order from beginning to end. That’s not at all the case with Baccano! Not only does it flip constantly from plotline to plotline, those stories don’t always take place in the same general time.

That can make for a confusing first watch of the series as the viewer tries to piece together not just who all of the characters are, but also when they are. Even fans of the light novels from which the anime is adapted might have trouble as the anime comes from several of the novels all at once.

However, it rewards the persistent fan as the storylines come together and characters are shown to be connected in deeply satisfying ways. It also means that the anime holds up to being re-watched multiple times as the first few episodes will make more sense, and there new details to be gleaned from each viewing.

With the above said, let’s get into the main storylines of the Baccano! anime.

Onboard the Advenna Avis in 1711, sailing across the Atlantic Ocean, a group of alchemists led by Maiza Avaro summon a demon who gives them all immortality. They can only die if they are “devoured” through another immortal’s right arm, which gives the devouring immortal all of the other’s knowledge and memories.

The demon gives the secret of the elixir of immortality only to Maiza before disappearing. Another alchemist, Szilard Quates believes that they should all know how to make it, but Maiza isn’t so sure. Later that night, Szilard starts devouring his peers, and the immortals realize they’re safest if they scatter across the globe.

In 1930, in New York City, Szilard finally succeeds in recreating the elixir after centuries of experimentation. But almost immediately, his only store of the elixir is stolen by the young thug Dallas Genoard. It is quickly stolen from him by somebody else, and it makes its way around the city, with most of the people holding it believing it to be illegal Prohibition era alcohol.

Szilard uses an incomplete elixir – one that allows the person to still age, but they are otherwise immortal – on Dallas, sending him to go get the real thing back.

Meanwhile, Firo Prochainezo – who just happens to be Maiza’s protegee – is preparing to join the Martillo mafia family in New York. He meets Szilard’s homunculus assistant, Ennis, and falls in love with her.

In 1931, a trans-continental train called the Flying Pussyfoot takes a trip from Chicago to New York. On board is a senator’s wife and daughter, and two separate gangs – the Russos and the Lemures – both try to kidnap them for ransom and wind up fighting each other. Jacuzzi Splot and his gang attempt to protect the passengers on the train as the Russos and the Lemures do battle.

But there’s also another threat on the train. The Gandor family is in conflict with the Runorata family in New York, so Luck Gandor has called his childhood friend, Claire Stanfield, to help out. Claire is an assassin, and he takes on the role of the mythical Rail Tracer on the Flying Pussyfoot, a monster who kills train passengers one by one as the train travels.

In 1932, Eve Genoard searches for her brother Dallas, who has gone missing. She’s a sheltered young woman, but she ventures into the mafia world of New York to locate Dallas and find out what happened to him.

And finally, throughout almost all of the storylines, Isaac Dian and Miria Harvent – an idiotic pair of thieves with hearts of gold – trapeze through the United States trying to get rich and do good.

The above summary covers the primary thirteen-episode anime series, which was mainly based off of the original first four light novels. There are also three OVA episodes with their own plotlines that come from later novels.

The OVAs introduce a new character named Graham Specter, who is outraged when he learns that Ladd Russo was involved in an incident. He considers Ladd to be a close friend since they both enjoy the same level of violence.

In order to get back at the people who tangled with Ladd, Graham targets Jacuzzi and his gang, hoping to capture him and collect a bounty.

Meanwhile, without spoiling anything from the show, several other characters reconnect and discuss the implications of the events of the end of the series. The plot doesn’t move significantly forward, but the show reveals some details about the characters and their backstories to the audience, which makes them a satisfying watch! 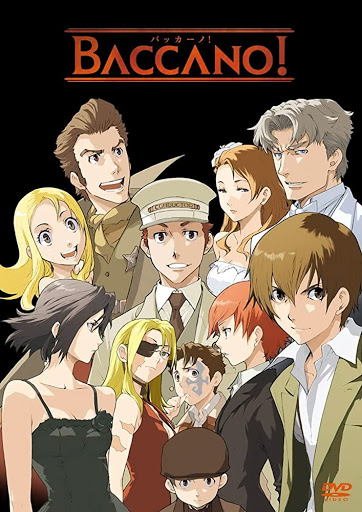 Baccano! Is An Adaptation

Before Baccano! was licensed as an anime, it was first a light novel series. Written by Ryogo Narita, illustrated by Katsumi Enami, and published by ASCII Media Works (formerly just Media Works), there are currently twenty-two volumes, and it is still ongoing.

The anime came out in 2007. It was directed by Takahiro Omori and produced by Brain’s Base and Aniplex.

Yen Press announced in 2015 that they would start publishing the Baccano! novels in English. As of May 2020, they have released the first thirteen.

From those light novels, in addition to the anime, Baccano! has also been adapted into two short manga series, two drama CDs, a video game, and has had an art book released.

If you’ve never seen Baccano! but you have seen Durarara!!, and Isaac and Miria seem familiar, it’s because of the “Naritaverse.” That’s the unofficial name given to the works of Ryogo Narita, which all take place in the same world.

Isaac and Miria appear in the eleventh episode of season one of Durarara!! (their voice actors return as well, making it extra satisfying) and multiple images of and references to Baccano! appear throughout the series.

The connections can also be seen throughout the rest of Narita’s series, which, in addition to Baccano! and Durarara!! include Vamp!, Etsusa Bridge, and Wednesdays Smiling with Otsuberu.

Where To Watch Baccano!

FUNimation originally had the license for Baccano!, and they’re the ones who dubbed it into English. (With, frankly, some of the best English language voice acting in all of modern anime.) But their license expired in 2016, and the current owners, Aniplex of America, haven’t put it on any streaming services. That means that, right now, ways to watch Baccano! are limited.

It’s possible to buy a used copy on DVD or Blu-ray from Amazon or other online retailers. But for those of us who no longer have disc drives, we can all at least read the light novels and cross our fingers that the series will be released again on a streaming service soon.

Baccano! is terrifying and violent but clever, hilarious, and one of the most fun rides an anime can take you on. Even beyond the world of anime, it’s an excellent story well told and a good watch for anyone anywhere! You know, if you can get it.

Durarara!! Turns 10: When Street Gangs and Urban Fantasy Were The Forefront Of Anime