You May Not Know Bahi JD, But You Know His Work 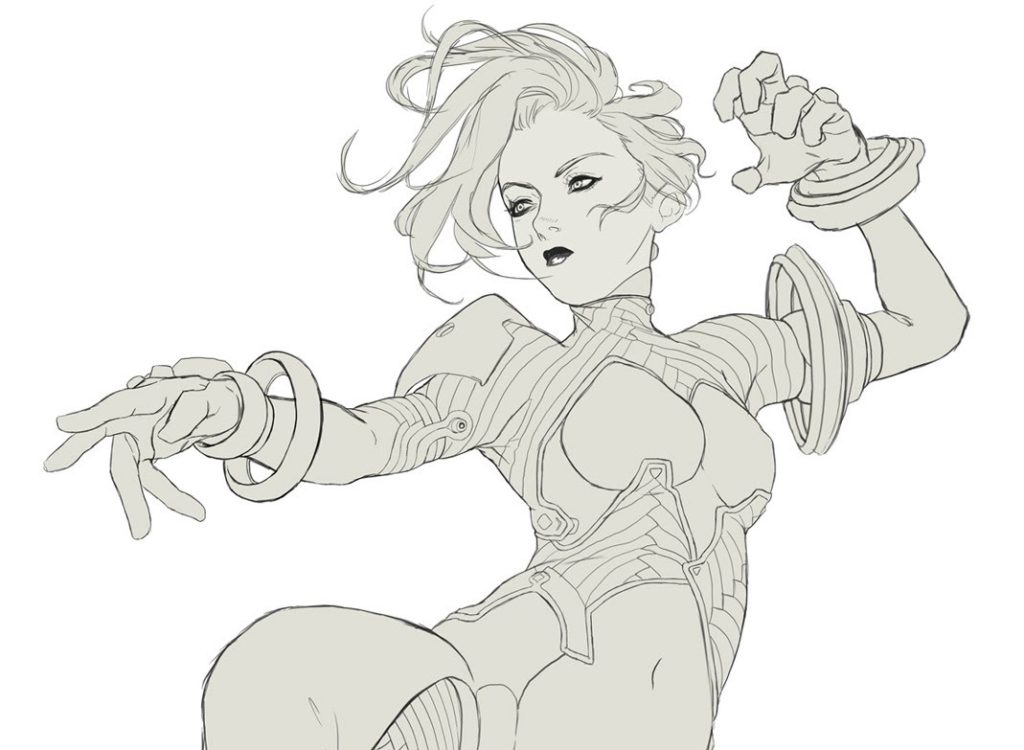 Foreign animators working in the anime industry isn’t unheard of, but it certainly isn’t common either. One of the shining examples of this scenario is Bahi JD, who hails from Austria.

What about his tale makes it so extraordinary, you ask? Well, to summarize it to its simplest form: he started by making small gif animations and has now worked on animes such as One-Punch Man and multiple projects by esteemed anime director Shinichiro Watanabe.

Of course, there’s a lot more to it than that.

He worked hard, made connections, and honed his craft by adapting and keeping at his love of animation. His determination and work ethic has allowed him to work alongside some of the people he looked up to, and on projects that he’s a fan of. Occasionally his work captures movements of objects and characters so well that some assume he uses rotoscoping (tracing over individual frames in motion footage to achieve a natural motion), which he denies.

For fellow anime fans, he’s appreciated for the work he puts forward on their favorite shows (much of which you can see on his Twitter).

He’s also an aspiring figure for many hopeful western animators. Austria is 5,000+ miles away from Japan, but he makes it work anyway by working remotely. He isn’t an animator with the latest and most expensive fancy tools either. Bahi JD has revealed in interviews that he draws his lines in Flash and uses pretty lower-end tablets, proving an important lesson that the tools don’t make the artist.

Before we really get into this, there is something related that can help you get a better understanding of him in case you’re not familiar…

He Had an Interview With Otaquest!

Not too long after the debut of Shinichiro Watanabe’s Blade Runner Black Out 2022, an anime short film prequel to the Blade Runner 2049 film, Bahi JD made time for an interview with Otaquest. He details his introduction to the anime industry along with his experience working on a scene for the short film. Rather than take up time summarizing the interview here, I suggest you give it a read here.

One-Punch Man and So Much More

If you happen to see his name pop up in threads or the occasional article, chances are you’ll see him mentioned alongside One-Punch Man.

At the height of its popularity, and of course the absolutely beautiful art and animation from its first season, it’s not surprising to see it thrown around when mentioning him. His work is actually one of my favorite scenes in the show because it wasn’t one of the over-the-top fighting scenes, but a moment of calm determination Saitama has before the Deep Sea King hits him like a bobble-head.

I absolutely love the scene, but there’s so much other work that I love more! From his animation director work on Atom The Beginning, to his scene work on the mesmerizing Ping Pong, to dazzling my eyes in Space Dandy. There’s a whole list of anime works I can go over, but to showcase his adaptability, I’d also like to direct attention to his work outside of anime.

The first work that I have to mention is Skullgirls! I’m a huge fan of the game and its mix of anime and 50’s era aesthetic, all brought together with some of the most gorgeous sprite work when it comes to a 2D fighting game. Bahi JD contributed to the game with FX animation and did a great deal with the animations for the character Double.

For those who aren’t familiar with the game or the character, Double is a grotesque-looking shape-shifting monstrosity of constantly moving limbs and intestines and teeth that makes you uncomfortable but leaves you in awe when you really look at the animations.

There’s also another huge and more recent game that he worked on, albeit in a less direct capacity. Eagle-eyed players noticed his name in the credits for the video game with equal parts hype and confusion surrounding it, Death Stranding. He confirmed his role as a Concept Artist himself in a tweet regarding the release of the artbook.

Bahi JD has also worked on animated music videos and contributed his art for various album covers. The album covers, in particular, are a much different style than he’s used to and I’d say that they all look wonderful and have great use of colors. His Tumblr hasn’t been updated for a while as he posts more on Twitter, but this link is specifically for his music-related posts.

No matter what his animations are for, they’re always a joy to watch. He has a lot of notable work under his belt and it seems that he’s only picking up pace in the industry. A lot of doors could be opening for him and I know I’m looking forward to seeing what else he brings in the future.

Japan’s Animation Industry Is Getting Serious About Hiring Foreign Talent